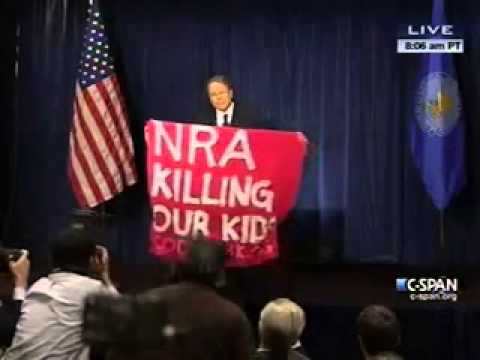 The ever disgusting Code Pinkos are back to their annoying tactics of interrupting press conferences and speeches with their self-righteous diatribes. This time they’re accusing the NRA of being dangerous and “killing our kids”. Interestingly enough, those hags have never been more safe than at an NRA gathering!

Wayne LaPierre of the NRA – the nation’s largest gun-rights lobby – is calling for armed police officers to be posted in every American school to stop the next killer “waiting in the wings.” Clearly, this does not line up with the whacked agenda of Code Pink. Keep in mind this is the same skanky group of commie women that gave aid and comfort to the terrorists that were killing our troops in Iraq and Afghanistan. 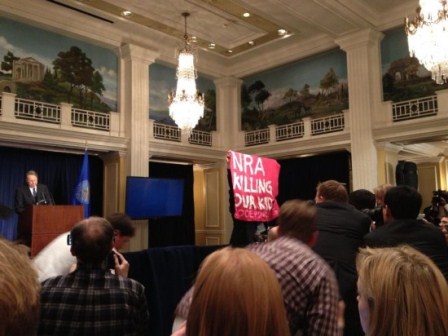 A Code Pink protester interrupts @nra press conference with a sign, shouts that “NRA is killing our kids” wapo.st/TcSJJo

Here are the videos of two separate incidents that occurred at the NRA Press Conference, including one with Medea Benjamin, the founder of Code Pink.

Frankly, Code Pink is irrelevant in the Age of Obama. And at least they didn’t wear their giant vagina costumes.