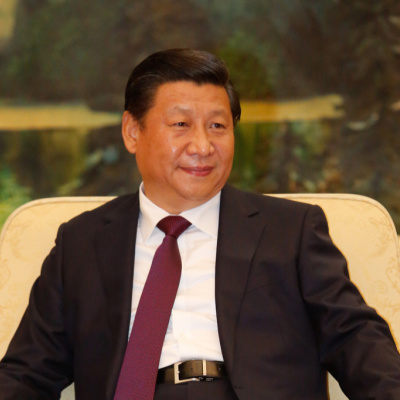 by Toni Williams in Everything Else, politics 2 Comments

During the 2020 Presidential campaign, Creepy Joe Biden spent a lot of time telling us what good relations he had with foreign leaders, in particular, Chinese President Xi Jinping. Biden said they were “old friends”. Since he assumed office, Biden has denied he was old friends with Xi. In their teleconference yesterday, Xi got Biden back. He punked him by calling Biden his old friend.

Not only did Biden call President Xi his old friend on the campaign trail, but the interwebs remembers everything. Here is Joe as Veep greeting President Xi at the White House in 2013:

During the press conference before the Zoom meeting between Biden and Xi, Jen Psaki made sure that we were clear about the Biden/Xi relationship:

“Well … I can confirm … he still does not consider him an ‘old friend,’ so that remains consistent,” she said.

We are clear; they are not friends.

So, the Zoom meeting starts and President Xi makes it clear that he is happy to see “my old friend”. Let’s go to the videotape:

Xi maybe a Commie for kicks and power, but he is smart. Smart and cunning and operating from a position of strength. Xi knows that Biden has been denying their “friendship” and punked bigly. By starting out on the “friendship”, Xi let Biden know that he knows the score and sees Biden as weak.

Looking at the coverage of what was discussed, it seems that China “ate our lunch” yet again. According to the BBC, here is some of what the leaders discussed:

The world’s two most powerful nations do not see eye-to-eye on a number of issues, and Mr Biden raised US concerns about human rights abuses in Hong Kong and against Uyghurs in the north-west region of Xinjiang. China accuses the US of meddling in its domestic affairs.

On trade, Mr Biden highlighted the “need to protect American workers and industries from the PRC’s [People’s Republic of China’s] unfair trade and economic practices”.

Mr Xi also appeared to have made a strong comment on the issue, with Reuters reporting that he had told Mr Biden that the US needed to stop “abusing the concept of national security to oppress Chinese companies”.

Climate change was also discussed. Last week the two sprung a surprise by issuing a joint declaration to address climate change, at talks in Glasgow, Scotland.

Strong statement on climate change while the Chinese build more coal fired plants. Xi tells Biden to stop “abusing the concept of national security” while China pings our web systems constantly and steals our technology. Uighurs and dissidents are used as slave labor and their organs are harvested. Biden didn’t bring up the Winter Olympics or any other of the things China might be vulnerable on. Because Biden is weak and Xi knows it. If Biden were all there, he could have laughed when President Xi called him “old friend” and said something like, “Back at you, old friend.”, but dripping with sarcasm.

The worst part was Biden didn’t ask Xi about the origins of Covid-19.

China is abusing every human on planet Earth’s rights by not coming clean on Covid-19. It’d be great if they could implicate Anthony Fauci, but that would be gravy.

With Joe Biden as Oval Office inhabitant, the Chinese will continue to eat our lunch, my friends.