Previous post
Biden Has A Plan: Spend All The Money 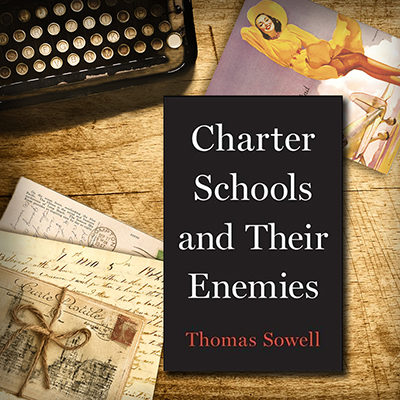 Next post
From the VG Bookshelf: Charter Schools and Their Enemies 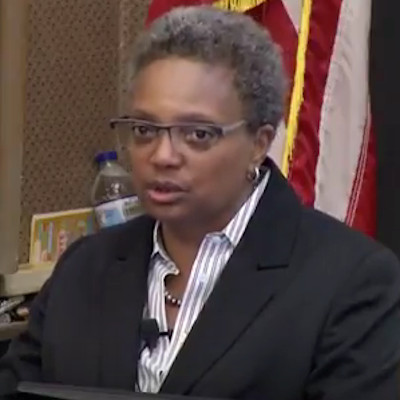 Approximately 45 years ago, the group Paper Lace released a song entitled “The Night Chicago Died“. That song very well could be talking about Chicago today. The names of some of the players have changed but the reality is still the same. Politicians refuse to take a stand and violence seems to rule the streets. At a time when all it would take is accepting President Trump’s offer of help, Mayor Lori Lightfoot revels in her Trump Derangement Syndrome. The result? Sixty-three people shot over the weekend, 20 shot on Monday and at least 14 Tuesday night at a funeral. It might not be the night Chicago died, but it’s a good imitation.

Now, there are certainly a number of questions that need to be asked about the events from last night. I won’t get into the Covid-related questions having to do with social distancing, no large groups, etc. While growing frustrations over lock-downs, kids home from school, job insecurity, questionable data about Covid infetion and death numbers does very likely plays a role in the increase in violent crimes across the country, that’s not the issue here.

Nor is gun control the issue. You know it is only a matter of time before the “concerned” folks on on the Left spin the shootings into an argument for tighter gun control. All I can say there is “in your dreams”. What these folks forget is that someone who drives up to a funeral, rolls down the window and opens fire more than likely isn’t concerned with buying a gun legally. But, again, that’s not the issue here.

The issue is how Mayor Lori Lightfoot has embraced her Trump Derangement Syndrome to the harm of her constituents.

Under no circumstances will I allow Donald Trump’s troops to come to Chicago and terrorize our residents.

Of course, she’s not alone. We’ve seen the same sort of rhetoric from the West Coast. Mayors and governors would rather watch their cities and states burn than accept help from Trump. After all, Orange Man bad.

So, sorry to those 14 people shot last night. You’re just collateral damage in the fight to oust Trump from office.

Fourteen people shot as they left a funeral. Of those, 11 were listed in serious to critical condition. But Lightfoot won’t let “Trump’s troops” come help quell the violence.

Arnita Geder and Kenneth Hughes said they heard gunshots while in their home watching television, adding that they came outside to find bodies that were shot up and “laying everywhere.”

“We thought it was a war out here,” Geder told the Chicago Sun-Times. “It’s ridiculous all the shooting that’s going on out here, it really has to stop.”

I heard my mama cry. I heard her pray her pray the night Chicago died. . .

But let’s not forget Lightfoot is a politician. More than that, she’s a Chicago pol. So she knows how to spin when she needs to. After threatening to sue Trump if he sent federal agents to town without her permission, now she’s singing a slightly different song. According to reports, she “expects Chicago will receive resources that will plug into existing federal agencies that already work with the city, including the FBI, Drug Enforcement Agency and the Bureau of Alcohol, Tobacco, Firearms and Explosives.”

In other words, she wants the money but not the manpower necessary to stop the violence.

Trump Derangement Syndrome in full force and on display in Chicago. Too bad, so sad, citizens. We could get help but it is from the bad Orange man. So we will do without and run the risk that it will be your child shot next.

What the media has been very careful not to say is whether or not the shooting was gang related. Considering the funeral was for Donnie Weathersby, who “was shot in the torso and head”, one has to wonder.

An SUV was traveling on 79th Street around 7:30 p.m. when people inside opened fire on funeral attendees, the Chicago Police Department’s First Deputy Supt. Eric Carter said during a news briefing.

The attendees exchanged gunfire with the vehicle, which sped off before crashing a short distance later. The people inside that vehicle ran off, Carter said.

Fourteen injured by gunfire after three days that saw 83 people shot. At least 60 shots fired in last night’s attack. Some of those shots came from funeral goers after the person or persons inside the vehicle open fired. Is it any wonder the neighbors said it sounded like they were in a war zone?

But Lightfood, like her counterparts in Seattle and Portland and elsewhere, doesn’t want help from the Feds. Maybe she’s using this time to perfect her impression of Nero fiddling as Rome burned.

Or perhaps she is trying to live out Paper Lace’s song.

It doesn’t matter why she continues to refuse real help, she is doing a disservice to the people of Chicago.

I will say this here as well.

88 people were shot, with 16 killed over this past weekend and on Monday, yet she's worried about federal agents coming to her city and terrorizing its residents…

Federal troops “terrorizing its residents” bad. Residents terrorizing and killing other residents is okay. At least that’s the way it seems.

But, unlike the song, there will be no happy ending. Daddy won’t kick open the door, kiss mama and brush away her tears. Not as long as politicians like Lightfoot continue to hold office.

Our country is standing on the precipice. If we don’t make our voices heard, if we don’t stand up and take control, it will fall. Blood already runs in the streets of major cities like Chicago. The Democratic Party has embraced the values of socialism. Mainstream media is doing its best imitation of Pravda and TASS. And they all cheer as they do all they can to erode what’s left of our freedoms.

Do not go quietly into the night. Do not let this be the night Chicago–and the rest of the country–died.