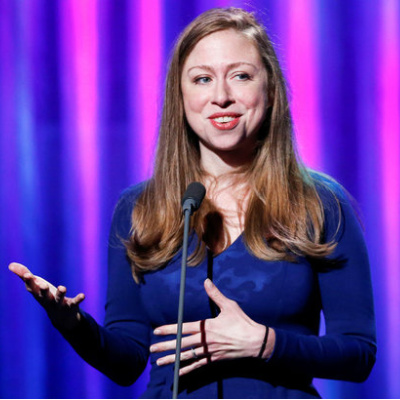 Chelsea Clinton sat with Congresswoman Ayanna Pressley in a Zoom call Women for Biden event. Miss Clinton was speaking about white privilege and how she is eroding it with her children. The Clinton Family is not known for self-awareness or introspection, but even for a Clinton this was utterly myopic.

When first we met Chelsea Clinton, she was an awkward 12 year old whose Governor father was running for President of the United States. She was largely invisible during Bill Clinton’s first term. By his second term, the teenage Chelsea and her mother, Hillary Rodham Clinton, had begun doing “goodwill missions”. Chelsea Clinton accompanied her mother on the trip to Bosnia, where the then First Lady claimed to come under fire. Miss Clinton finished out her father’s Presidency by attending Stanford University. She followed with a master’s degree from the University of Oxford and worked for McKinsey & Company. In addition, she was paid $600,000 by NBC for, um, uh, well, we’ll let the L.A. Times describe the hiring:

If journalism is defined as publishing information that the subjects of your reporting don’t wish to be made public, then it’s hard to find any journalism in Clinton’s oeuvre whatsoever. Every piece we reviewed appeared to be painstakingly engineered to give no offense to anyone. Even the most rabid anti-Clinton conservatives looking for an objectionable or contrary moment of reporting in Chelsea Clinton’s portfolio would come up empty-handed.

So, now Chelsea Clinton is a 40 year old, married, mother of three. Does she live in Little Rock, Arkansas? No, she has a New York condo that spans an entire city block. She and her husband, Marc Mezvinsky, paid more than $10 million for the 4 bedroom condo. White privilege? If Chelsea wanted her children to eschew their white privilege, she could have bought a house for under $500K in Valley Stream, Long Island, and her kids could have grown up with (hold your nose) average Americans.

So how is Miss Chelsea raising her children to erode their white privilege. Here she is telling bobble head doll, Ayanna Pressley:

‘My children are young,’ Chelsea said, according to Just The News, ‘but we believe that they’re young, but still citizens.

‘So we talked about the ratification of the 19th Amendment, and Women’s Equality Day, and about how fundamentally incomplete that victory was. So not to say it wasn’t a victory and it wasn’t important, but that it was so fundamentally flawed.’

Wow, what a fun luxury condo that must be to live in! Spinach pancakes and citizen lectures for a five, four and one year old. The Clinton-Mezvinsky children are going to read David Copperfield and envy him. She is her mother’s daughter. She has the same condescending tone and none of the bonhomie of her father, Bill. Chelsea says it isn’t “easy, fair or equal” for many to vote. I, sometimes, wonder if we make it too easy for people to vote. Chelsea Clinton says it’s particularly important for her children to understand that as white children of privilege:

Again, Chels, you make the choice to live in your privileged NYC palace. I mean, look, Amy Carter hasn’t been heard from in decades. It’s a choice.

The bobble head piped up with:

Rep. Pressley praised Chelsea, telling her that she was modeling ‘that which my mother certainly believed, which is that a parent is a child’s first teacher.’

‘I so appreciate that you’re providing that full education, because we know that often there is a revisionist history or a sanitizing or filtering of history that does not tell the whole story,’ she said.

Don’t you just love it when people of power and privilege congratulate each other on their goodness. I know it gives me the tinglies just to see them so happy. Not. The only thing that is eroding is the land under their feet, though they are not aware.