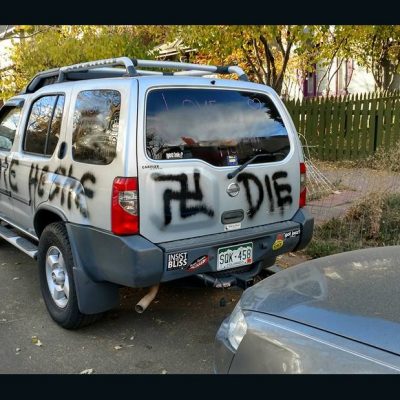 Previous post
Are hate crimes really on the rise? 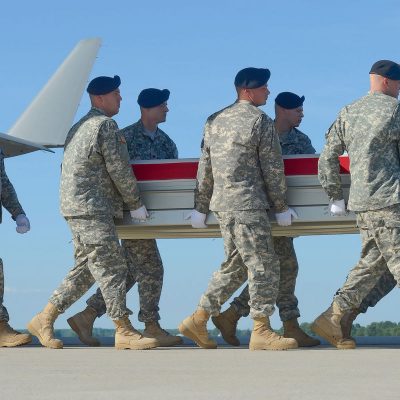 Next post
What is Wrong with Some People? Gold Star Family Booed by Airline Passengers [VIDEO] 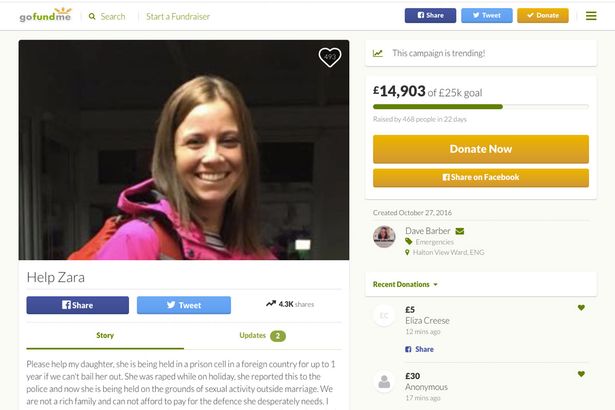 A British woman has been detained by the Emirati government after being gang raped in Dubai while on holiday. This is a double tragedy, first to suffer such a horrific experience in the first place but then to be arrested and detained by the government of the country in which it happened?? It is unimaginable. The victim, Zara-Jane Moisey,  is separated from her husband which means that under Sharia’h law she can be charged for extramarital sex. This is exactly the charge that this woman now faces.

Zara-Jayne Moisey did what rape victims are encouraged to do in the Western world when their rights have been violated in the most personal of ways, report the crime to the local police. It turns out that this was the worst thing she could have done. Instead of launching an investigation and finding the men who raped Zara, the police arrested her and confiscated her passport.

Her family has started trying to raise the funds for her defense and has raised about 3/4’s of the cost thus far. She is currently in a safe house, having been able to post bail and is sending messages to her family and supporters via messages to her father in Britain. She is also posting updates regarding her case on her Facebook page.

“I’m so overwhelmed by the amount of progress going into helping support me financially and lovingly. There are some very special people out there that have surprised me beyond belief and have brought tears to my eyes with such appreciation. Thank you to everyone who has donated…. my promise to you is to thank each and every individual at some point when this nightmare is over. I miss my family so much. They send me pictures and there’s nothing better than that to make me smile.”

A British firm founded to help women in this exact set of circumstances, Detained in Dubai, is helping with Zara’s case. They are a legal firm that provides legal advice to prisoners and their families and helps them navigate the complex world of international law. Good thing since other foreign women have faced the exact same situation and ended up with negative outcomes. A Dutch woman was convicted of illicit sex and being drunk in public this past June. In 2013 a Norwegian interior designer was handed a 16 month prison sentence after reporting and being put on trail for her own rape.

How can this happen you ask? Easily in a country where Shari’ah law is the reigning legal system. According to shari’ah any unmarried woman engaging in sexual activity can be punished for illicit sex, or in cases where she is still legally married (read separated) to her husband she can be prosecuted for adultery. This has been going on for many years, but because the United Arab Emirates is considered “Westernized” with its glossy, high end malls and beautiful hotels owned by Western companies, many women have a false sense of security when travelling there.

As shown in the video above, that sense of security is false and women’s confidence in the legal system in Dubai is severely misplaced. Dubai is still in the Dark Ages when it comes to women being viewed as people-as are many countries in the Middle East.