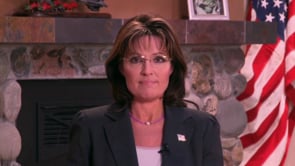 by Kate in Headlines 11 Comments

While discussing the Tucson shooting Tuesday night on Jay Leno’s show, Bill Maher had a lot of his normal uber-liberal garbage to spew: the NRA should be called ‘The Assassin Lobby’, he’s sick of hearing about the Constitution and the 2nd Amendment, cheap (and bad) Palin jokes, and how much he hates Newt. But perhaps his most shameful hate-riddled comment was this:

Jay Leno: Now, Roger Ailes said to Fox, they’re gonna scale back the rhetoric. You think this will last for any longer than a week or two?

Bill Maher: No, because that’s the rhetoric they love. The right-wing loves, the go-to rhetoric for them is, “Wouldn’t it be fun to kill the people we disagree with?” You know, they try to put across this false equivalence. [To audience] No?

Here’s the video so you can watch it yourself:


Newsbusters has the full text of this latest Maher rant. How do haters like him live with themselves?