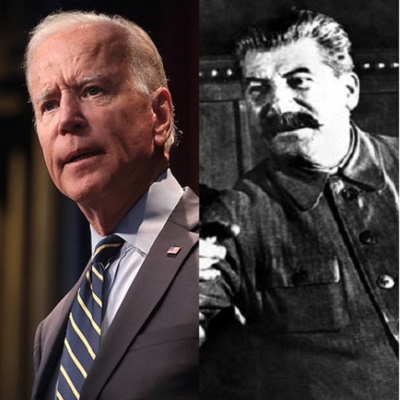 by Shelby Gallagher in Everything Else 2 Comments

Jump to the 4:20 mark to hear Rep. Murphy’s take on the takeover and rationing of Regeneron this last week:

To put a fine point on what he just said;

“I believe it’s tragic, I was on a call the other day…with those folks who are in charge of all of this, and we voiced very strong concerns about what was going on with this, because all of the Democrats love the word ‘equity.’ We’re talking about equity, and we’re talking about — literally — the loss of lives that is happening because they are trying to, in my opinion, punish some states.”

Whoa, whoa, whoa….what is he talking about? In case your newsfeed has been clogged by everything else President Dictator Joe is doing to destroy this county and its citizens, you might have missed his latest stunt to kill Americans. He did a stellar job by handing over the keys to Afghanistan to the Taliban. Since we know the Taliban is plotting their next murderous plot against us with the $85 billion (billion…with a ‘b’) worth of military firepower they now retain, the body count is still to be determined.

A mere week ago, President Dictator Joe used his big boy voice and told red states who didn’t mandate masks and vaccines to “get out of the way”. It was a subtle threat. Easy to miss in the babblings of our president attempting to read big words on a screen, but a threat he gave nonethess.

“President Joe Biden has sharply criticized DeSantis and others for resisting efforts to encourage mask wearing and ramp up vaccinations, vowing in a speech last week that if ‘governors won’t help us beat the pandemic, I’ll use my power as president to get them out of the way.’”

Those who wrote the words on his teleprompter sure knew what ball was going to drop two days later and what the plans were for red states who didn’t get out of the dictator’s way.

“The Biden administration moved this week to stave off shortages of monoclonal antibodies [Regeneron], taking over distribution of the critical covid-19 therapy and purchasing 1.4 million additional doses.”

Emphasis on “taking over distribution of the critical covid-19 therapy and purchasing 1.4 million additional doses”. The president has just one, taken over the distribution of a life-saving drug, Regeneron, and two, purchased so many that the government will have control of the market of it in short order. Stalin anyone? Remember when Stalin took over control of food, rationed it, and committed genocide?

Who is deciding the haves and have nots? The not-so-trustworthy Department of Health and Human Services.

“’HHS will determine the amount of product each state and territory receives on a weekly basis,’ an HHS spokesman said. ‘State and territorial health departments will subsequently identify sites that will receive product and how much.’ The official spoke on the condition of anonymity to describe new procedures that are still being explained to communities throughout the country.”

I wouldn’t give my name either after admitting the current administration has now weaponized medicine. Medicine that has a proven track record of saving the lives of COVID patients—who are also Americans.

Now, a week after the dictator’s edict, red states are seeing red, as you can imagine.

Florida Governor, Ron DeSantis, states he will “fight like hell” and has indicated his state plans to purchase Regeneron directly from the manufacturer.

Biden should not be cutting Florida’s treatments by more than 50%. We will fight to ensure Floridians get the treatment they need.

Within one week of President Dictator Joe’s insidious and murderous announcement, Texas is already looking at rationing doses of Regeneron and looking for other monoclonal medications.

Biden’s bold move demonstrates his willingness to ration live-saving medications. Let’s remember that we have an inflation cliff we are fast approaching, supply chains in just about every industry broken and we’re only getting started with this administration. Imagine what will happen when food is scarce. Don’t tick off the dictator.