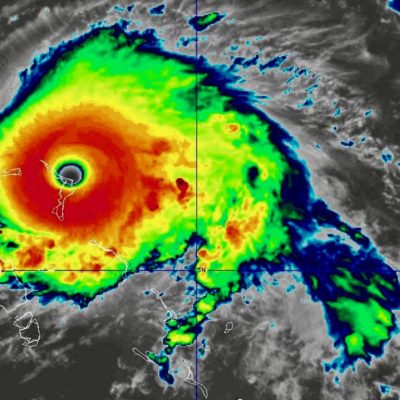 Previous post
Reminder, The Government Will Not Save You From Hurricanes 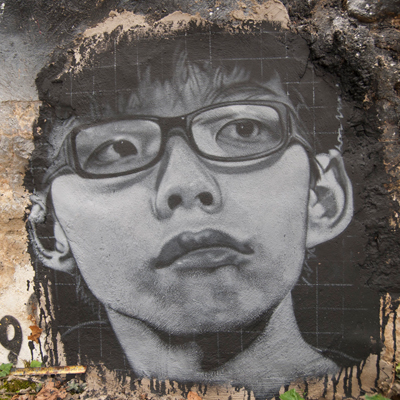 Next post
Joshua Wong Is Not the Asian David Hogg 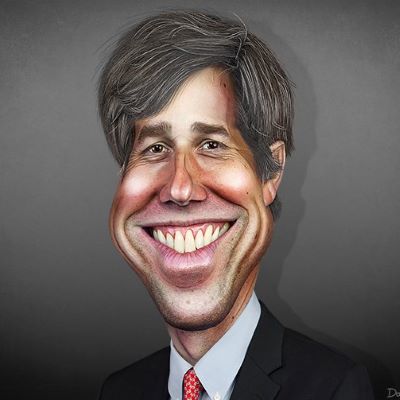 “Mom, if Beto O’Rourke ACTUALLY did a mandatory buyback, would you sell your gun?”

That was the question my 22-year-old son posed to me last night in a text message. I had been on vacation for the past 10 days, and other than a quick foray into the world of current events, I stayed away from the computer, so I wasn’t sure what he was talking about.

“I saw Beto O’Dumbass’ tweet saying we need to buy back all the assault weapons,” he replied.

Yep, he’s my son, and he received the kind of answer I would give any adult son of mine. “That dickless wonder couldn’t confiscate a Nerf gun from a toddler. He needs to shut the fuck up. He ain’t winning shit.”

But in an effort to be relevant and edgy, Robert Francis O’FakeHispanicRourke is now advocating a mandatory buyback of any “assault weapon” that makes him soil himself in fear – that is to say, all of them.

The first question from anyone listening to this blithering fuckwit should be, “buy back with whose money?”

The follow-up question that the press will never ask should be, “How do you buy back something you never owned in the first place, turnip?”

The easy answer is, you do not.

But this particular flaccid incompetent thinks that as President, he will magically get a pile of money to force people to sell their private property to the government. And he doesn’t think this presents any Constitutional problem whatsoever. Is this what the Democrats are really putting up as a challenge to the GOP next year?

We need to buy back every single assault weapon. https://t.co/06UhoUGrzD

Good luck with that, Sparky.

What will Beto do when no one comes forward to get a nominal amount of taxpayer dollars for their property? Will he go door to door personally to confiscate firearms? No, he will try to send troops to the homes of gun owners, because that impotent little coward is all about using government force to relieve Americans of their rights.

Didn’t we go through this once already?

Maybe my view is limited to only the people whom I know in the military, but I’m pretty sure the vast majority of those with whom I served will give Beto the one-finger salute when he issues the order.

I’m also pretty sure that the effect of this scary, black rifle ban will be about as effective as the last one was.

Between 1994 and 2004, the federal government banned the manufacture, sale, or transfer of assault weapons and large-capacity magazines.  A subsequent Department of Justice study found no evidence that the ban had had any effect on gun violence and stated that “should it be renewed, the ban’s effects on gun violence are likely to be small at best and perhaps too small for reliable measurement.”

A recent study published this year in the Journal of General Internal Medicine examined state gun control policies and found no statistically significant relationship between assault weapon or large-capacity magazine bans and homicide rates. A Journal of the American Medical Association (JAMA) study came to the same conclusion.

Despite the recent spate of murderous nutjobs using semi-automatic rifles to commit acts of murder, the overall rates of mass shootings that involved so-called “assault” weapons are tiny – less than one percent – so any buyback of these weapons will have a negligible impact on violent crime, and I’m being generous here.

But Beto O’Rourke’s goal isn’t to reduce violence, and he couldn’t give less of a flying rat’s fuck about mass murders. Now that Smallballs has exited the Presidential primary field with a whimper and a whole lot of pointing and laughing, Beto decided to pick up his losing strategy of focusing on gun control, rather than his previous strategy of being awkward, jumping on tables, and posting live videos of his dental appointments.

Beto is after publicity and money.

Want proof? Beto dropped the F-bomb in Virginia over the weekend in an effort to be edgy and cool when speaking about yet another nutjob going on a murder spree in Texas. He followed this desperate grasp for attention with a claim that the “…profanity is not the f-bomb. What is profane is a 17 month-old baby being shot in the face.” And to underscore this juvenile attempt at avant-gardiness, Beto is now selling t-shirts for gun grabbers.

New in the store…

100% of the proceeds will benefit @MomsDemand and @AMarch4OurLives.

This is fucked up. We can change it. https://t.co/PFRWFCypAl pic.twitter.com/Us1V4mz1cf

Hey, I appreciate a good profanity, but not when it’s used arbitrarily, with no creativity whatsoever, and only for the purposes of “relating” to the average American. Sorry, Beto, you feckless fucknugget, this doesn’t score you points.

But I suppose he has to stand out somehow.

He’s not Elizabeth Warren whose claim to fame is faking her heritage to gain employment advantages. The media has forgiven her for the cultural appropriation of Native Americanism to hide the fact that she’s nothing more than a screeching, awkward white woman, but you can bet it’s going to become an issue in the 2020 Election against Donald Trump, who won’t let America forget Lizzie’s awkward “Well, I’m 1/2024th Native American” schtick. I’m pretty sure the Trump campaign will be selling fake Native American DNA kits with “Trump/Pence 2020” on them before long.

He’s certainly not Kamala Harris, whose record as a statist prosecutor who has put numerous people in prison for taking a puff of a joint, will be obscured by the fact that she has brown skin and a vagina.

He doesn’t have Bernie’s hair, his derpy, economically-illiterate persona, or the hilarity that ensues every time Bernie slaps something ignorant onto his Twitter feed.

And he doesn’t provide the entertainment that Joe Biden does every time he gropes a woman, invades her personal space, sniffs her hair, or forgets where he is.

Beto is simply a buck-toothed, skinny, white schmuck who pretends to be in touch with middle America, but can’t even cook a burger.

As such, I expect this sad little man to fade into obscurity, after backing out of the room obsequiously bowing and begging forgiveness for wasting everyone’s time and apologizing for being awkward, annoying, and white.

He may also want to study the Constitution a bit to discover what he can and cannot do as President, because I’m pretty sure ordering a gun “buyback” and enforcing it with government force is a bit illegal.