Previous post
Monkeypox By Any Other Name is Still Gay 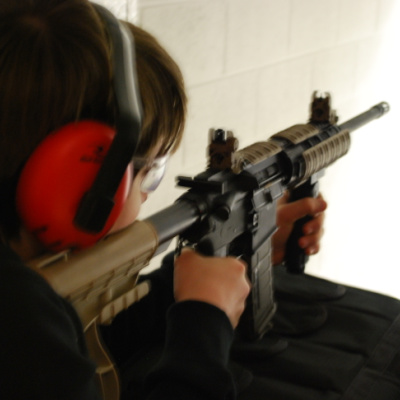 The fatuous clowns who call themselves the House of Representatives left town last night for 45 days. Before they skedaddled to go home to convince the proletariat to vote for them in November, they voted to “ban assault weapons”. The vote passed the House 217-213. So brave, so stunning. The Bill is doomed in the Senate, although I am not going to put any money down on the Republicans, think Lisa Murkowski (AK), Susan Collins (ME) and that transwoman Mitt Romney (Vagina).

H.R. 1808 – Assault Weapons Ban of 2022 begins with an anti-Constitutional statement:

“To regulate assault weapons, to ensure that the right to keep and bear arms is not unlimited, and for other purposes.”

The fatuous House clowns hate the Constitution and that pesky “shall not be infringed” line almost as much as they hate the proles whose rights they love to limit. The Democrats have been pushing for an “assault weapons” ban since the last one expired in 2004. The Left claims that the ban resulted in lower mass shootings, but both Politifact and FactCheck.org don’t report it that way. And, we all know that statistics can be massaged until they sing the way you want them to sing.

The Democrat clowns were so brave and so stunning in recounting how the assault weapon is a weapon of war.

“Weapons of war are designed for war,” Representative Lloyd Doggett, Democrat of Texas, said on Friday, lamenting that such firearms are “easier for a teenager to get than to buy a beer.”

Whoa, my dude, that is so not true. I don’t the Doggett has been around many teenagers lately. Then, there is the flaming moron, Steve Cohen of West Tennessee, he thinks he is clever. Remember the time he bought a bucket of cluck (KFC) to a hearing? Ugh. Last night, he made “Freudian” allusions about Republicans and guns. Double ugh.

Republican politicians' almost fetishism of weapons is something that only Freud would properly understand and be able to explain to the American people. The AR-15 is the outgrowth of a military weapon with no place in civilized society. I voted to pass an assault weapons ban. pic.twitter.com/Vz0uSkwYzH

Gawd, help him, what a lily-livered liar. The AR-15 is not an “outgrowth” of a military weapon. The AR-15 is a decade older than the M-16 with which the Democrats compare it.

Democrat Carolyn Maloney of NYC couldn’t let the day go by without adding her own derpy derp to the conversation:

“This is an ultra-deadly weapon, engineered to kill enemy soldiers on the battlefield,” said the committee chairwoman, Democratic Rep. Carolyn Maloney of New York. “Yet the gun industry has flooded our neighborhoods, our schools, and even our churches and synagogues with these deadly weapons and has gotten rich doing it.”

It’s not a gun fetish to understand a timeline. Again, the AR-15 came before the M-16. The “gun” industry has not flooded anything. The gun industry is not the military industrial complex that Congress funds, funnels money to and accepts gifts from. There were not school shootings back when kids used to bring their guns to school.

It’s difficult to believe that the American Revolutionary War began in Massachusetts says something this stunningly stupid:

Rep Jim McGovern apparently unaware that automatic weapons are, in fact, not banned in the US. pic.twitter.com/bSyAr0SuPn

Reuters brings up the use of the weapon in recent mass shootings:

The most recent in a string of mass shootings with AR-15s included 10 killed and three wounded at a Buffalo, New York supermarket, 19 children and two teachers murdered at a Uvalde, Texas elementary school and seven killed at a July 4 holiday parade in Highland Park, Illinois.

In every case of every mass shooting, friends, neighbors, family and law enforcement knew there were problems with the shooter. No one did anything. Let’s talk personal responsibility and accountability.

But for Olympic caliber stupidity, we must look to Sheila Jackson Lee. She begins by mentioning sitting on the floor of the House with the late John Lewis without regard to her own personal safety. So brave, so stunning:

Again, every death by gun, rifle or Ford Escape is a tragedy. These posturing fatuous clowns don’t care about facts, causes or the truth. They just want power for themselves and submission from us proles. So brave, so stunning.

Since I published this a couple hours ago, I became aware that Nancy Pelosi thinks it is sick to teach your children to shoot. And, what is up with her left hand:

Pelosi says that she is going to show a presentation on the House floor today of "irresponsible" parents teaching their kids how to shoot a gun:

Sick is a woman who thinks that medically castrating your children is stunning and brave, but teaching them defense is sick.