After the Fiscal Cliff bill, Obama’s back in Hawaii to finish Vacation 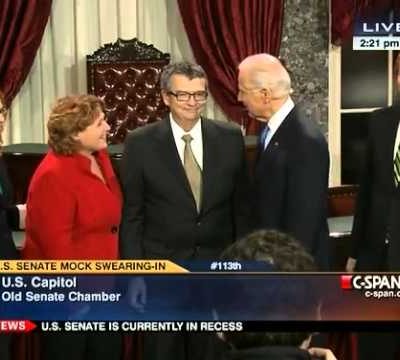 After the Fiscal Cliff bill, Obama’s back in Hawaii to finish Vacation

Once the SHTF, they whip everyone into a frenzy – especially the spineless Republicans – about “The Fiscal Cliff,” passing a tax hike that will do NOTHING to stop or slow the financial disaster America is headed into over the next decade. And as if to add insult, Senators got the 154-page Fiscal Cliff bill 3 minutes before they voted on it. Weak-kneed Speaker John Boehner apparently cut some sort of deal with the WH, and after avoiding the cliff, Obama headed back to Hawaii to finish his luxury vacation at a cost of $3.6 million dollars on top of the 4 million the American taxpayer has already spent this time around. By the way, that estimate? It only considers the expense of operating Air Force One at around $180,000 per hour.

His contempt for America is so clear. His lack of sensitivity and grace is palpable. And now, we find out that he left DC without signing the Fiscal Cliff bill that he was freaking out about.

The White House has yet to say whether the bill would be flown to Hawaii for signing by Pres Obama or the ‘autopen’ be used at the WH.

Back in Hawaii, press pool reports Pres Obama playing round of golf on the course at Marine Corps Base at Kaneohe Bay where its 75°.

Back to the imperial vacation…let them eat cake.