Next post
NBA And MLB Strike On Behalf Of A Criminal 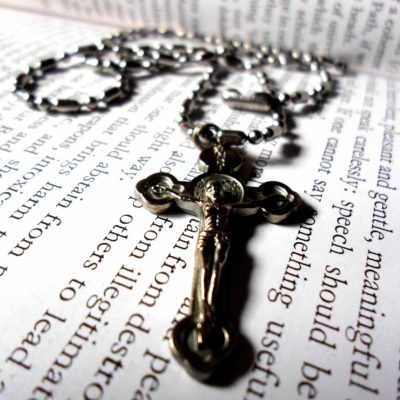 Sister Deidre “Dede” Byrne M.D. is a highlight of the Republican National Convention. With the leadership of an Army Officer, the knowledge of a surgeon, and the conviction brought by faith — Sister Bryre is an unapologetic advocate for the unborn and President Trump.

Sister Bryne’s path to becoming a Catholic nun is rather unconventional. She grew up outside of Washington D.C., eventually attending Georgetown Medical School. In need of college financial assistance she opted to join the Army. After serving almost 30 years in the Army, earning dual board certifications in Family Medicine and Surgery, she became a nun. Her life has been extraordinary, and serving her fellow humans seems like a natural fit.

A humble woman she said this about herself at the RNC,

Humility is at the foundation of our order, which makes it very difficult to talk about myself, but I can speak about my experience working for those fleeing war towns and impoverished countries around the world.”

Her experiences? Battlefield hospitals in war zones, refugee hospitals in areas of humanitarian crisis, and impoverished countries around the world. This woman has the military retirement and experience to support a very comfortable life. As a retired Colonel she may be eligible to receive an annual military pension worth about $140,000. As a surgeon, she can easily double that income. But she opted to serve and sacrifice for her faith.

She has performed surgery under challenging conditions in Afghanistan, and provided care to returning soldiers as she rose to become colonel in the U.S. Army Medical Corps and as a reservist. She has served as a missionary surgeon responding to natural and man-made crises in Kenya, Sudan, Haiti, and Iraq. And on September 11, 2001, she made her way on foot to Ground Zero to bring supplies and support to firefighters in the smoke-filled air during the first two days of the tragedy.”

She was initially brought to the nations’s attention when President Trump recognized her during his July 4th, 2019 speech, “Salute to America.”

On September 11th, 2001, the sister raced to Ground Zero.  Through smoke and debris, she administered first aid and comfort to all.  Today, Sister Byrne runs a medical clinic serving the poor in our nation’s capital.  Sister, thank you for your lifetime of service. “

Sister Byrne runs into danger to help those in need. And that is exactly what she did on day three of the RNC. She called out Joe Biden and Kamala Harris’s unconditional support for killing the unborn.

"President Trump will stand up against Joe Biden and Kamala Harris, who are the most anti-life Presidential ticket ever — Even supporting the horrors of late-term abortion and infanticide." pic.twitter.com/nNuQqMXrtY

Then she really stepped into the line of liberal fire by shifting the narrative of who is marginalized, disenfranchised, and unrecognized.

And while we tend to think of the marginalize as living beyond our borders. The truth is, the largest marginalized group in the world can be found in the United States. They are the unborn.”

Her continued comments will set off trigger bells all over abortion rights circles,

As Christians, we first met Jesus as a stirring embryo in the womb of an unwed mother and saw him born nine months later in the poverty of the cave. It’s no coincidence that Jesus stood up for what was just and was ultimately crucified because what he said wasn’t politically correct or fashionable.”

Reminding people that Mary was unwed when she was carrying Jesus strikes a direct blow at their argument, “it wasn’t a good time to be pregnant”, or “I didn’t have the money to support a child.” Being pregnant and unwed in the ancient world was about as bad as life could get for a woman. Yet Mary persisted. And Jesus was not politically correct, in fact he was the opposite – deemed a radical and troublemaker by those in power.

These facts chip away at the lies spread by those who want to keep abortion available, and expand it further.

Bring on the fact checkers and Democrat’s drivel

Of course, the “fact checkers” came out in full force with their objections and reminders (did you know Biden is Roman Catholic?! They’ll tell you no fewer than 10 times). The “astute” folks over at WaPo were quick to pounce on the good Sister, as was most of the Twitter Troll community. (Though I’m 110% certain that she’d kick most of their backends, and then call in some Godly Close Air Support).

Sister Deirdre Byrne says Biden ticket is "the most anti-life presidential ticket ever, even supporting the horrors of late-term abortion and infanticide."

Biden does not support “late-term abortion and infanticide.” He supports abortion rights and says he would codify in statute the Supreme Court’s landmark ruling in Roe v. Wade and related precedents, which generally limit abortions to the first 20 to 24 weeks of gestation.”

Oh wow AA-Ron, that’s parsing to a level close to outright lies. We have fact checkers too, and The National Review would like to point out,

None of the above conflicts with Byrne’s contention. For one thing, the words “generally limit” do a lot of heavy lifting. The Post notes that only “1 percent” of abortions “happen after the fetus reaches the point of viability.” What the Post avoids saying is that more than 8,000 viable fetuses, and probably more than 10,000 on the cusp of viability, are aborted every year. The killing of thousands of tiny human beings — whether it is “codified” by law; or whether it is allowed by emotional health exemptions; or whether reporters find “experts” to tell us it’s okay — is properly described as infanticide.”

Tell me, if Biden and Harris don’t support late term abortion… why didn’t they vote to prevent it? Better still, why is a group exclusively focused on abortion endorsing him this year?

NARAL Pro-Choice America and our 2.5 million members are committed to powering Vice President Biden to victory this November and working with his administration to protect and expand access to abortion care and birth control,”

Maybe someone can tell the WaPo fact checkers what “expand” actually means.

I’m sure the fact checkers will dig into the DNC event and find someone who can counter the accusations leveled against Biden-Harris 2020. If only the DNC had a Nun of their own… Oh they did! Surely she will counter the narrative that democrats want to kill babies. Let’s take a look. The National Catholic Register writes,

Sister Simone Campbell, who is set to offer a prayer at the Democratic National Convention Thursday, has declined to take a stand on the morality of abortion protections, and a CNA examination finds donors to her organization, Network Lobby, have links to pro-abortion rights advocacy.

Maybe Sister Campbell is being unfairly profiled? In a 2016 interview with Democracy Now she says,

From my perspective, I don’t think it’s a good policy to outlaw abortion.”

Wow. So the Catholic Nun offering the invocation at the DNC is not opposed to abortion. Well now I see how Pelosi, Biden et al can remain Catholic while not following the Catechism of their church (one that expressly forbids abortion, 2272: “Formal cooperation in an abortion constitutes a grave offense. The Church attaches the canonical penalty of excommunication to this crime against human life. ” )

I also understand why the fact checkers want to undermine Sister Byrne’s message. She is a heroic woman who has spent her life in service to humanity, God, and the Catholic Church. Her very presence threatens the tenuous grasp the Democrats have on any religious tone. And like the Black community knows, every four years the Dems pander to people they deem “Bible clingers” in the hopes it will lead to an electoral victory in the places they fly over.

Contrasting the platforms, policies, conventions, and religious representation… This “W” goes to the RNC. Sister Byrne is an amazing woman, whose hopeful words and tone are a call to save the unborn. I wholeheartedly agree with her that Trump has done more to protect the unborn than any other president. It’s exactly why abortion groups are so focused on replacing him with Biden. Their business only succeeds if people believe the lies about killing a baby in the womb — “it’s a clump of cells”, “there’s nothing in the Bible against it!”, “life doesn’t begin at conception.” These lies are diminished by the words of Sister Byrne, Medical Doctor/humanitarian.

And if they believe her words about the unborn, they might also support Trump. Stand-by for more “fact checking” from the all mighty media, where they will tear down Sister Byrne. I think she can take them, and come out ahead.