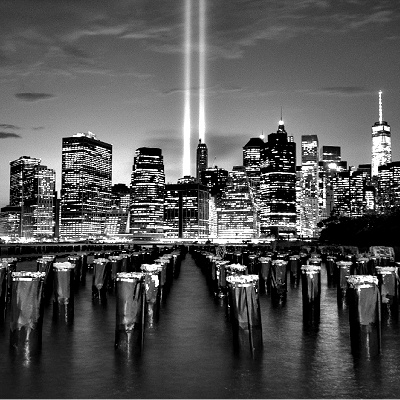 As we mark the 21st year since the 9/11 attacks tomorrow, it may seem that at this point, all the stories might have been told. But that is not so. When nearly three thousand souls are lost on a single day, there are always more stories to be discovered. And this is one of them.

This is a story first highlighted by CBS back in March of this year, and then played for a more attentive audience again today. The 9/11 Memorial and Museum has a picture of every single person who died on their walls, but there are two missing photos. One of those missing photos was of Albert Ogletree, who worked at Forte Foods in the North Tower. A museum worker became inspired to find a photo of him and get it placed on the wall.

“We can’t get tripped up in the numbing huge statistic. We need to understand that each person who made up that statistic held great meaning to those who loved them,” chief curator Jan Ramirez said.”

Ramirez explained that a search for Ogletree’s portrait hit a dead end, until Grant Llera joined the museum as a visitor services associate. Llera often works in the exhibit and became intrigued by the personal stories not yet told. He spoke with Ramirez and launched his own search to learn more about the men behind the missing portraits. He found success first with Ogletree, tracking down his stepdaughter and connecting with her via Facebook.”

Ogletree had been married, but his wife passed away not long after 9/11, so the museum was never able to make contact with her and ask for a photo. The stepdaughter that Llera found had good memories of him, but explained that he had been camera-shy and hated having his picture taken. Which meant that Llera, on his own time, took a different angle.

He used his own ancestry.com account to locate an old address in Romulus, Michigan.”

“I decided to take a stab in the dark and write to the local high schools,” Llera said.”

A few weeks later, and after searching through yearbooks from the 1960s, “We were able to find Albert’s ninth grade, freshman high school portrait,” Llera said.”

The Michigan Historical Society was the place the yearbooks were found, since the high school that Ogletree had attended did not have yearbooks that old in their own records.

A grainy photo amounted to buried treasure, tucked in a yearbook from 1967.”

“Here is it right here,” said Kathy Abdo. “It kind of goes full circle. I was a teacher in Romulus and he was a student in Romulus.”

Abdo, a Romulus councilwoman, was finally able to put history in it’s place.”

“It was the right thing to do and I was honored to do it,” Abdo said.”

Albert Ogletree was one of two photos missing from the 9/11 Memorial Museum in New York City. Albert was 49 years old when he died in the twin towers on 9/11.”

For years – the commission who runs the museum, couldn’t place his face. That’s where Abdo comes in, after a call from New York City needing her help.”

“I told her I would come here and look through the yearbook and see if I could find him, and that’s what I did,” she said.”

She only had a name and possible decade of when Albert Ogletree would have gone to Romulus High School. But, all she needed was a Sunday afternoon and those two bits of information.”

“Pearl Varner has kept every yearbook from the 1940s on,” Abdo said.”

Pearl is the woman in charge at the museum. The two women scoured yearbooks until they found this gem.”

And Ogletree’s stepdaughter, who was shown the photo, says that even his freshman high school photo looked very much like how Ogletree looked as an adult. That yearbook photo, the only known photo of Albert Ogletree, was placed on the wall last March, and will now permanetly put a name to a face for those who come to the 9/11 Memorial and Museum.

As part of our efforts to #NeverForget911, the #911Museum features a gallery Wall of Faces for those killed. Today, after years of searching, we added victim Albert Ogletree’s portrait to that gallery. A food handler at Cantor Fitzgerald, Albert was 49: https://t.co/pIYAXZoDMn. pic.twitter.com/zoH0qtpZv4

Even though Albert Ogletree was camera-shy as an adult, his teenage face will now forever represent the man who was lost on September 11, 2001. Tomorrow we will stop and mourn those who were lost. But thanks to Grant Llera and the 9/11 Memorial and Museum, Albert Ogletree has been found once again, and is more than just a name on a wall.

Featured image:We All Shine On by Marcela/Flickr.com/cropped/Creative Commons Attribution 2.0 Generic (CC BY 2.0)