Today, John Hawkins has a new column up on Townhall called It’s Time to Get Over Katrina Already. He makes an excellent point:

Two years after Katrina, everywhere you turn, there are people carping, whining, and kvetching. Just why hasn’t the pity party for the citizens of New Orleans run out of booze and chips yet?

It’s not as if hurricanes are a once a millennium event in the United States. In fact, residents of Florida have so many of them that they don’t even cancel a barbecue for anything under a Category 3.

Can I just say how true that is? We get hurricane warnings constantly. Most of the time, I yawn. And honestly, if it’s a Category 1 or 2, it’s a non-event… unless, of course, you are a surfer, in which case you can be counted upon to be at the beach trying to take advantage of the good waves, all the way up to a Category 4, when police have to be there to forcibly keep them away.

To us, hurricanes are kind of like big thunderstorms. Unless a really big, bad one comes along (like a 4 or a 5), it’s pretty boring.

A few years ago, Florida got hit by four hurricanes in one season. Two of them, Frances and Jeanne, came through Jacksonville. My friends and I were all pretty excited. At the time, I was living at the beaches, and at my parents’ request, came to stay with them further inland. Their house lost power for a few days due to downed power lines, my apartment at the beaches didn’t. Wind and rain was minimal. Some friends and I even threw a hurricane party, completely ready with non-perishable food items, “beverages”, and lots of candles. We were all set and ready for the exciting stuff to happen. But as we waited, and the hours passed, nothing happened. We didn’t lose power. There were no gale force winds, no trees whipping about. The surfers ate it up out at the beach, and while some people lost power for a while, it was pretty much a non-event. It wasn’t that anyone wanted large-scale destruction, but we were waiting for something to happen! You know, give us some strong winds, some power outages. It was more eventful a few months after 9-11, when the entire city lost power for no apparent reason (and there was definitely no hurricane in sight). Jacksonville hasn’t had a major storm hit since the 1960s, and I’m not betting on it happening any time soon.

In the areas where the hurricanes were much stronger, like in Pensacola and the southwestern tip of Florida (Tampa, Clearwater, St. Petersburg, etc.), there was large scale damage and destruction that took years to rebuild. But did you see those people clamoring for the government to swoop in and solve everything for them? Did they whine and cry to the media about how the government wasn’t paying enough attention to their plight? No! It was actually a pretty inspirational story, in my opinion, to watch these people see everything they owned destroyed, and pick themselves back up and keep going. Not only did they show resilience, but (to use a corny phrase), the spirit of brotherhood was alive and well. People from all over the state traveled to help with the rebuilding efforts. Neighbors pitched in to help neighbors. They worked together, usually selflessly, and over time, things got better. Then again, we also didn’t have Louisiana politicians to screw it up for us, either.

There was no looting. No influx of crime. No Army Corps of Engineers needing to be called in to rebuild, only to be attacked by angry residents. Shit happened, and people took care of themselves. They picked themselves up, and went on with their lives, without requiring the rest of the United States to do it for us.

Contrast that with Katrina. And when it comes to Katrina, specifically, how many people remember that New Orleans was not the only city affected? States from Mississippi to Texas were affected, hit badly, yet how much media coverage and aid went to them? Was there an outpouring of compassion to help rebuild those cities? I’m sure there was some, but it was nowhere near the spectacle of New Orleans. We’ve spent more on rebuilding New Orleans than we did on the Marshall Plan, for crying out loud. At what point does enough become enough? I mean, sheesh. Obviously, there are Katrina victims who have picked up and moved on to lead productive lives. There are too many, however, who are enjoying the situation, milking it for all its worth, and happily living off the taxpayers’ dime.

I’ll say it again: shit happens. In Denver, it was massive blizzards. In Minnesota, it was a bridge collapsing. In the midwest, they have tornado alley. Here on the east coast, we have hurricanes. Pick up. Move on. Get a life.

Want proof that the nation has forgotten 9-11? It’s easy to see that we have in the cut-and-runners, the treachorous rhetoric of liberal politicians, and the devil-may-care…

END_OF_DOCUMENT_TOKEN_TO_BE_REPLACED

Regardless of whether Lindsay Lohan will ever get her life back on track, you can almost exclusively lay the blame on her parents for her current situation….

END_OF_DOCUMENT_TOKEN_TO_BE_REPLACED

Maybe they don’t hate us that much after all

We’re constantly reminded of how much Europeans hate Americans, and how they don’t want us there. But in a poll of 1,500 European hotel managers, Americans were…

END_OF_DOCUMENT_TOKEN_TO_BE_REPLACED

A verdict was reached today in the trial of Michael James Jackson — he’ll be put to death. For those of you not from the North Florida…

END_OF_DOCUMENT_TOKEN_TO_BE_REPLACED

Liberty Counsel is an organization that will file suit whenever schools censor religious or politic speech. And they filed a suit yesterday on behalf of Erica Corder,…

END_OF_DOCUMENT_TOKEN_TO_BE_REPLACED

Here is a neat little tool. This allows you to search for sex offenders in your area — so if you’re a woman living alone, have kids,…

END_OF_DOCUMENT_TOKEN_TO_BE_REPLACED

The shortage of real men

I came across a post today that apparently is about five years old. It’s an essay called “The Pussification of the Western Male”. I read the entire…

END_OF_DOCUMENT_TOKEN_TO_BE_REPLACED

G.I. Joe is no longer a Real American Hero

Not in the new movie, anyways. My newest post at Wizbang covers it all: G.I. Joe was unabashedly patriotic. Many fans were, of course, excited to hear…

END_OF_DOCUMENT_TOKEN_TO_BE_REPLACED

Lindsay Lohan copped a plea deal (surprise, surprise) that will mean she has to serve a minimum of four days in prison: Lindsay Lohan plead guilty to…

END_OF_DOCUMENT_TOKEN_TO_BE_REPLACED

No, I’m not kidding. A friend e-mailed me this story: Sioux Falls police Tuesday arrested a 60-year-old man for burglary and for what they believe is at…

END_OF_DOCUMENT_TOKEN_TO_BE_REPLACED

Amber Lee Ettinger is giving up Obama: YouTube sensation Obama Girl has made the cover of Steppin’ Out magazine, with Chaunce Hayden scoring an interview with the…

END_OF_DOCUMENT_TOKEN_TO_BE_REPLACED 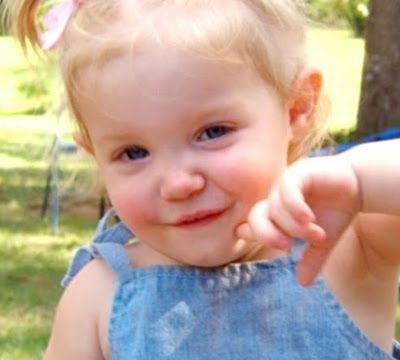 This is the story of Kelsey Briggs, the daughter of a U.S. soldier. She died just days before he returned from Iraq, not even three years old,…

END_OF_DOCUMENT_TOKEN_TO_BE_REPLACED

Since, you know, any kind of odd climate change is automatically attributed to global warming, and we’re all going to die if we don’t bend to the…

END_OF_DOCUMENT_TOKEN_TO_BE_REPLACED

But, you know, so many celebutards get DUIs that you gotta find some way to separate yourself from the pack, right? Bill Murray was arrested for a…

END_OF_DOCUMENT_TOKEN_TO_BE_REPLACED

Well folks, my first post is up at Wizbang. Here’s a little preview: The Seattle P-I has refused to run the photos, claiming that neither man is…