by Melanie in Cultural Issues 9 Comments

When Congress passed the Gun-Free Schools Act in 1994, they required that states  who wanted to qualify for federal education funds had to pass a law requiring school districts to expel, for at least a year, any student who brought a weapon to school.  Unfortunately, school officials became over-zealous and afraid of losing funding, and so zero tolerance expanded to include much more than real weapons.

We’ve heard some ridiculous stories.  Ridiculous for us, but frightening and life-changing for some innocent children.  The following are only a few of the stories out there of zero tolerance run amuck!

A 7-year old boy in Baltimore was suspended from school for nibbling his breakfast pastry into what he thought was a mountain. Apparently,  school officials had a more sinister frame of mind because they thought the pastry shape was more like a gun.

In Scottsdale, Arizona, an 8-year-old student drew pictures of his ideas for a Halloween costume. Unfortunately for him, the costumes he liked were soldiers, ninjas and a laser gun-carrying Star Wars character.  The school threatened him with suspension.  Suspension for drawing Halloween costumes! 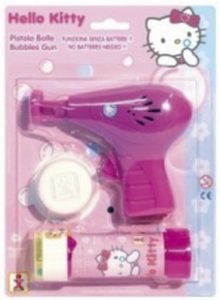 blows bubbles.  She was given a 10-day suspension for making a “terroristic threat” when she told her friends, “I’ll shoot you, you shoot me, and we’ll all play together.”  Note the word “play.”  She was simply a little girl enjoying blowing bubbles with her friends.

In Rhode Island, a 12-year old boy had a keychain with a small plastic gun in his backpack.  The keychain was one that he got for 25 tickets at an arcade – and you know how flimsy that would be. The whole thing was only slightly larger than a quarter.  The keychain fell out of his backpack, a classmate picked it up, a teacher confiscated it, and the boy was suspended.

And the idiocy continues.  In Suffolk, Virginia, a 7-year old student was playing a game with another student.  The teacher noticed that he was holding his pencil like a gun and pretending to shoot.  Both children were suspended for two days.

Are teachers afraid to simply say, “Stop that, guys.  That kind of play is not appropriate for school.”  Issue ended.  I consider those suspensions and “terrorist” labels are pretty significant “adverse effects” of zero tolerance.

There’s a growing consensus that the most effective schools reinforce positive behavior and respond to behavioral problems on a case-by-case basis in ways that suit the individual’s circumstances and needs.  That implies a return to discretion, but with some structure and guidance.  There’s still not much research to support this approach, but a recent study showed that positive behavioral support in the classroom is associated with greater order and discipline, fairness and productive student-teacher relationships, while exclusionary disciplinary strategies (i.e., out-of-school suspension and expulsion) are associated with more disorder overall.

Certain facts are clear:  zero tolerance does not make schools more orderly or safe – in fact the opposite may be true.  And policies that push students out of school can have life-long negative effects . . . .

“A return to discretion.”  What a lovely thought.

Lessons learned after a generation of zero tolerance?  Zero tolerance sounds great, but when the definition is expanded to include everyday  things – things that could not be used as a weapon (a piece of bread, a bubble machine) by a child who had no intent whatsoever of harming anyone else, then it causes great harm to innocent children.  My heart breaks for children who have been labeled so cruelly by frightened adults who should know better.  It’s time for schools to kick zero tolerance out and invite common sense back in.