Previous post
Beto Drops Out, Kamala On The Edge

Thunberg: Sitting In The Middle of The Ocean, Wasting Time 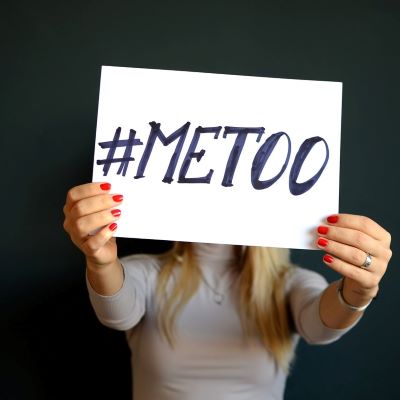 Next post
Katie Hill and the Mythical Double Standard

Thunberg: Sitting In The Middle of The Ocean, Wasting Time 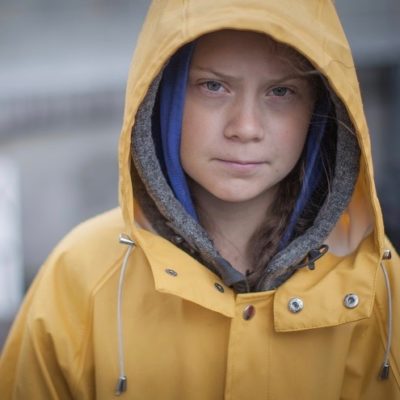 Young yachtie/climate change activist, Greta Thunberg appeared on Ellen today to say that meeting President Trump to talk about her cause would be a “waste of time”.

Along with her chat with Ellen DeGeneres, Thunberg also met with with fellow yachtie/jet fuel hog (fixed it for you, Deadline) Leonardo DiCaprio and Arnold Schwarzenegger. Thunberg was the keynoter for a downtown Los Angeles rally at City Hall as part of a student strike for climate action.

Yes, while fires were burning, kids were skipping school.They do realize that flying machines help put out those fires, right?

This also was not the first time the “happy young girl with the bright future” said that meeting Trump would be a waste of her precious time. After all, he doesn’t know a thing about science and she does (even with all of the schooling she has missed).

But alas, Miss Thunberg is now stranded on American soil…at least until she can get a ride to Madrid. You see, Thunberg planned to stay here in the Americas until the United Nations COP25 climate summit in Santiago, Chile. Chile, in the throes of protests, was deemed to be an unfit place to hold a summit. Looks like Greta needs a ride to Spain and she wants your help!

As #COP25 has officially been moved from Santiago to Madrid I’ll need some help.
It turns out I’ve traveled half around the world, the wrong way:)
Now I need to find a way to cross the Atlantic in November… If anyone could help me find transport I would be so grateful.
-> https://t.co/vFQQcLTh2U

Will Greta and her freeloading, enabling family members have to (GASP)-fly?!

A single round-trip flight between New York and California generates about 20% of the greenhouse gases your car emits in a year. Overall, the aviation sector accounts for 2% of annual global greenhouse-gas emissions. A 747 aircraft emits more than 21 pounds of carbon dioxide into the atmosphere per mile traveled.”–Business Insider

By the way, fun fact: the fashion industry eats up more greenhouse gasses than the aviation industry-8 percent to the airline industry’s 2 percent. DiCaprio should know this. He only dates models half his age. And even though Greta was rubbing elbows with Leo and I would think he would have offered to charter a jet for her, Greta Thunberg is anti-airplane. So, flying is not an option, according to her. But Sarah Silverman did call her the equivalent to a modern-day Jesus and by that assessment, me thinks Greta could walk on water and save all kinds of carbon emissions.

Now call me crazy, but I have one word: TELECONFERENCE?

Maybe she should have gone to school then & studied geography

Anybody else who can help? Al Gore, are you there? (Crickets.) The yacht that Thunberg sailed across the Atlantic on is otherwise spoken for, partaking in a race, so that option is out. Greta has exactly one month to make this happen. She could possibly hitchhike across the United States to the east coast, maybe grab some arm floaties and make her way across the pond again. I am sure that someone, somewhere will start up a GoFundMe or a similar account to get Miss Thunberg across the Atlantic. You have to admit, though, the irony here is absolutely delicious. In the meantime, Greta Thunberg waits for a ride to Spain. How sad she may not be able to make it to the COP25 climate summit in Madrid. How dare you all. You ruined her life. She should be in school. Now she’s in the U.S. wasting her time.