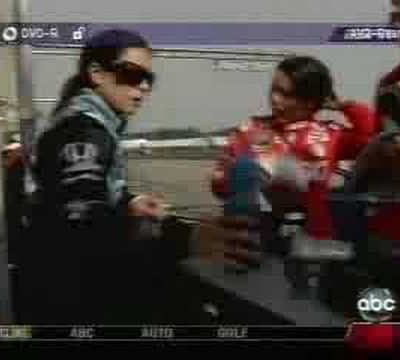 Previous post
Danica Patrick gets into a girl fight!

This is why Michael Savage is the most hated conservative in America.

Next post
McCain to announce VP pick this week?

This is why Michael Savage is the most hated conservative in America.

by Cassy Fiano in media 41 Comments

I’m embarassed that this guy is on our side. He’s got more in common with the Krazy Kos Kids than conservatives. Things like this are why I’m ashamed of him.

For whatever reason, Michael Savage decided that he needed to attack the autism epidemic, saying some pretty inflammatory, insulting, and just plain wrong things. Check it out:

My first thought was, I wonder if Melissa has heard about this.

While I do agree with Savage that kids are often overdiagnosed and overtreated by idiot parents these days (hello, ADD), I don’t know that autism necessarily fits into that same category. And to say that children who have autism are kids whose dads just need to tell them to “wake up and be a man” is outrageous, insulting, and just plain idiotic. What makes Michael Savage, a political commentator, some kind of expert on autism? Probably nothing except that he wanted to say something inflammatory enough that he’d get people talking. I mean, this does not equal “spoiled brat”:

Autism is a severe disorder that first appears in infancy. Individuals with autism are characterized by problems with language, social bonding and imagination. All suffer from serious communication deficits, and some are mute. They do not establish close relationships with others, preferring to remain in their own mental worlds.

They engage in highly stereotyped and repetitive activities, exhibiting a marked aversion to change. About two thirds of autistic individuals are mentally retarded. For reasons that are unknown, most are male.

The causes of autism remain enigmatic, although studies of twins suggest that genetic ­factors play a prominent role. Still, genetic in­fluences alone cannot account for such a rapid and astronomical rise in a disorder’s prevalence over a matter of just a few years. As a consequence, investigators have turned to environmental factors for potential explanations. The causal agents proposed include antibiotics, ­viruses, allergies, enhanced opportunities for parents with mild autistic traits to meet and mate, and, in one recent study conducted by Cornell University ­researchers, elevated rates of television viewing in infants. Few of these explanations have been investigated systematically, and all remain speculative.

But of course, to Michael Savage, this just means the kid is a spoiled brat whose parents need to stop being such pansies and hammer down the discipline. Real intelligent. I’d hate to hear what his thoughts on Down Syndrome are. The backlash is already building, but Savage is refusing to back down. Meanwhile, Autism United is hopping mad:

Michael Savage, the incendiary radio host who last week characterized nearly every child with autism as “a brat who hasn’t been told to cut the act out,” said in a telephone interview on Monday that he stood by his remarks and had no intention of apologizing to those advocates and parents who have called for his firing over the matter.

“My main point remains true,” Mr. Savage, whose radio audience ranks in size behind only those of Rush Limbaugh and Sean Hannity, said in the interview. “It is an overdiagnosed medical condition. In my readings, there is no definitive medical diagnosis for autism.”

“He characterizes children with autism who are very, very ill — disabled children — as essentially bad kids; the only thing wrong with them is they have parents who don’t discipline them,” said John Gilmore, executive director of Autism United and the father of an 8-year-old with a diagnosis of autism. “That completely misrepresents what is going on with children with autism.”

“Basically, what he’s doing is parroting what used to be said about autism 40 years ago, back in the heyday of Freudian analysis,” Mr. Gilmore added. “It was blamed on bad parenting. There wasn’t a shred of evidence to support that.”

I’m not a big fan of the new style of parenting, which usually involves giving your child anything they want if they just cry and scream enough. I’m not going to argue that there are a lot of parents who need to take more of a tough love approach with their bratty kids. But to say that an autistic child is just a brat whose parents need to tell the idiot to straighten up is ignorant and idiotic. I mean, honestly — where does this guy get this stuff? It’s crazy and moronic and hateful, and it makes absolutely zero sense whatsoever.

And this is exactly why Michael Savage is the most hated conservative in America. 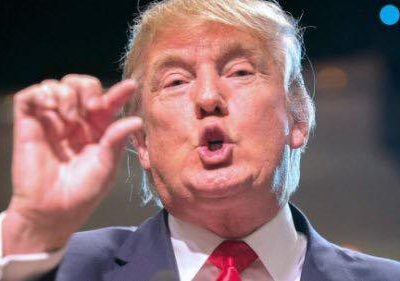