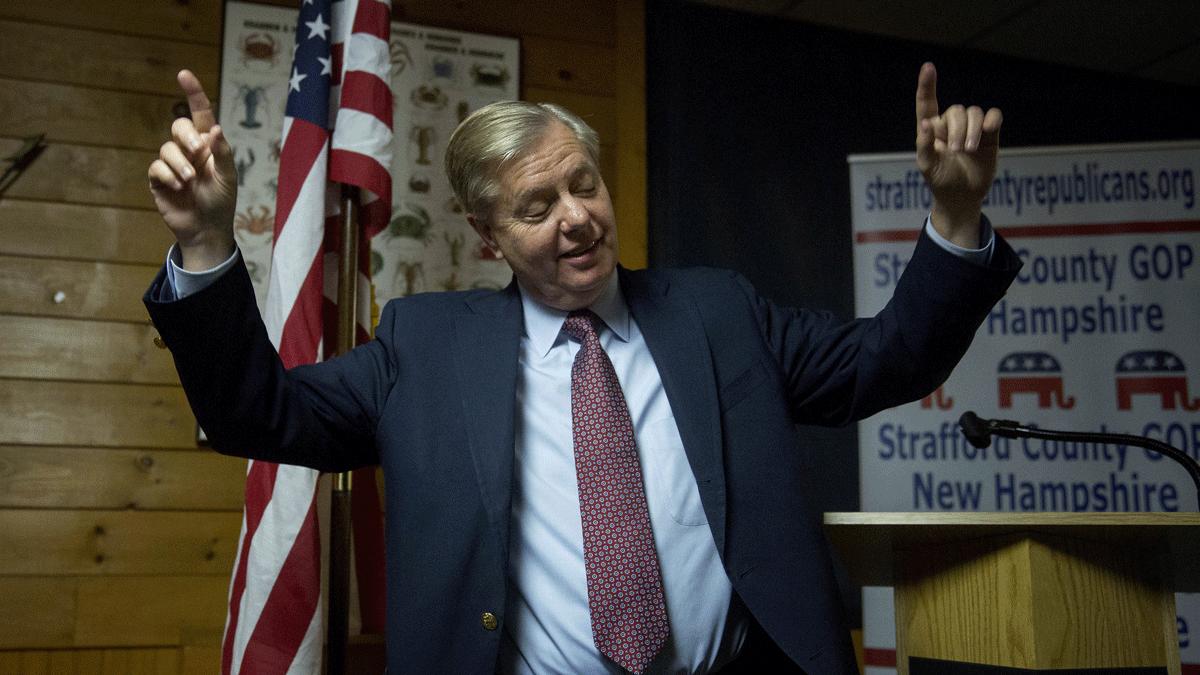 Not only did a fellow Republican break his famous 11th commandment, “Thou shalt not speak ill of any fellow Republican,” but one long-time Senator transgressed the maxim in a disgusting manner.

Speaking at the Washington Press Club Foundation Dinner on Thursday night, Sen. Lindsey Graham (alleged R-SC) told shocked reporters that “If you kill Ted Cruz on the floor of the Senate, and the trial is at the Senate, no one will convict you.”

He continued to bash Cruz, adding, “I know exactly when Ted is going to drop out of the race. March 12 — that’s Canadian week in Myrtle Beach, when all of our Canadian friends get 10 percent off.”

Graham also ripped into the remainder of his former Republican rivals for the Presidency, declaring that his “party has gone batshit crazy,” but his real venom was reserved for Ted Cruz.

Reporters and conservative pundits noticed. Boy, did they notice.

What an utterly disgraceful thing to say.https://t.co/jfu5H79E7r

Graham hates anyone who stands against amnesty. https://t.co/czi4CsQxxS

Lindsey Graham despises Ted Cruz because Cruz will not bend like weak-kneed Republican Senators to the whims of Democrats. He is This Guy: 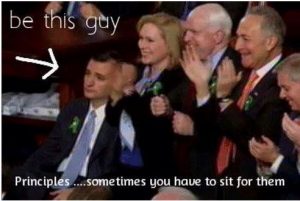 See who that clapping seal is on the far right of the picture? That’s Lindsey Graham. To Graham’s right is liberal Senator Chuck Schumer, and flanking Schumer is Graham’s Brother-From-A-Different-Mother, his bro Sen. John McCain. McCain, if you recall, labeled Ted Cruz and Sen. Rand Paul “wacko birds” for their principled conservatism. He later apologized.

Go home, Lindsey Graham. You’re drunk on anger and spite. Your comments are a complete debasement of your office and disgraceful to your fine state of South Carolina. I truly hope, that when your term is up in 2021, the good Republicans of SC will send you packing.