The Flint, MI water crisis is no longer just an ecological and health crisis of major proportions. It is a criminal case.

The Flint water crisis became a criminal case Wednesday when two state regulators and a city employee were charged with official misconduct, evidence-tampering and other offenses over the lead contamination that alarmed the country and brought cries of racism.

“This is a road back to restoring faith and confidence in all Michigan families in their government,” state Attorney General Bill Schuette said in announcing the first charges to come out of the disaster, blamed on a series of bad decisions by bureaucrats and political leaders.

We wrote about the crisis here back in January and outlined the criminally slow response by the EPA to address the issue. In fact, they colluded with others in covering up the dangers posed to the citizens of Flint, MI.

So one would presume that at least one of the three charged by the state would be the EPA administrator for the region who participated in covering up the severity of this crisis. Right? Yeah, no.

END_OF_DOCUMENT_TOKEN_TO_BE_REPLACED 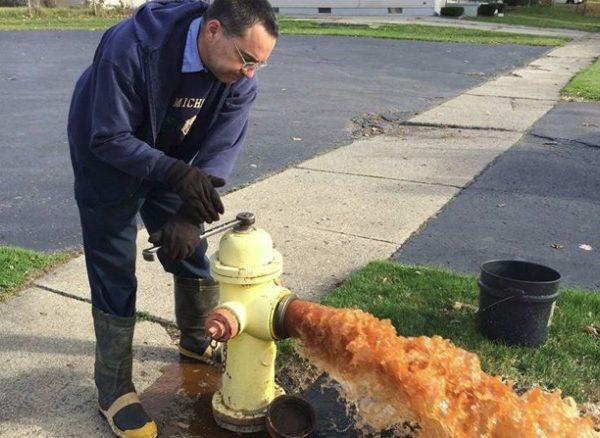 Flint, Michigan and its extremely serious water crisis is now on everyone’s radar. And, the finger pointing blame game is just as toxic as the water itself….