Honestly, should anyone really be surprised? The Syrian passport that was found on one of the Paris suicide bombers has just turned up in Serbia. Same name, same information – different picture.


Or, there are just lots of Syrian refugees with the name “Ahmed Al-Mohammad” who are 25 years old and passed through Greece recently.

On 7 October, a man using the passport had arrived on the small Greek island of Leros and registered as a refugee, before travelling on through Serbia and Croatia and then entering France.

But on Saturday, a different man using a second passport with the same details was discovered in a Preševo refugee centre, according to the Serbian newspaper Blic.

Serbian police sources said that they believed both passports were fake and were acquired in the border area between Syria and Turkey. According to the source, French authorities contacted Serbian officials for assistance as Serbia maintains a detailed register of all refugees who pass through its borders.

END_OF_DOCUMENT_TOKEN_TO_BE_REPLACED 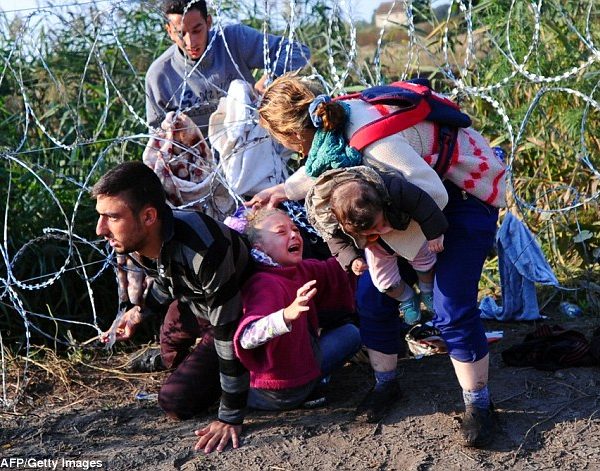 This may be one of the most heartbreaking pictures to show up on news media: a little girl screams in pain as her hair is caught in…