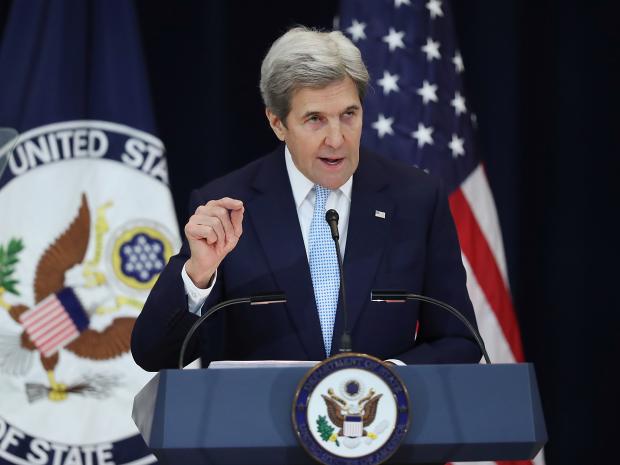 Why do Barack Obama and John Kerry despise Israel?

David French in The Corner at National Review rightly asks which American values ask us to facilitate the deaths of the Jewish people?

As Ron Dermer noted to Sandra Smith last night, Israel is a sovereign nation. What gives Barack Obama, John Kerry of the thugs at the United Nations the right to dictate how the peoples of Israel, both Jews and Arabs, live? Why on their way out of power have Barack Obama and John Kerry decided to poke Israel with a stick over and over?

Ben Shapiro, also in the National Review, asks the question about Barack Obama and his hatred of Israel:

Barack Obama has done his best for nearly eight years to undermine the state of Israel. He’s signed a treaty that enshrines an Iranian path to a nuclear weapon while funding their global terrorist activities to the tune of tens of billions of dollars. He’s repeatedly undercut Israel’s image on the world stage, labeling Israel a mere outgrowth of the Holocaust and suggesting that Israeli intransigence stands as the chief obstacle to peace. He’s ushered Benjamin Netanyahu out the side door of the White House, attempted to undercut the prime minister’s speech before Congress, and then deployed an election team to Israel to try to defeat him in an election. Obama has tried to cut weapons shipments to Israel in the middle of a war against terrorists, forced Israel to apologize for stopping weapons shipments to Hamas terrorists, and funded the Palestinian terrorist unity government with American taxpayer dollars.

Shapiro asks the question, provides evidence, but no answers.