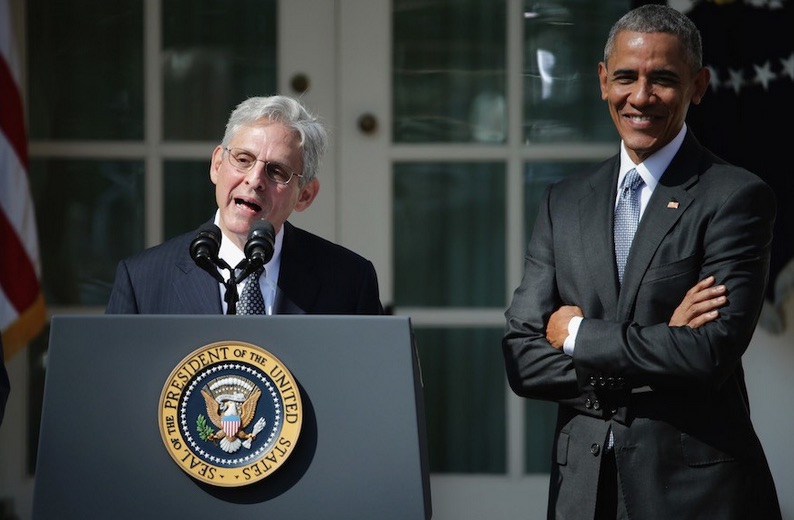 Soon-to-be former president, Barack Obama, in the waning days of his tenure, is behaving like the dictator he’s always aspired to be. From backdoor gun control targeted at some Social Security recipients, to poking Israel and Russia in a last-ditch effort to start a conflict that President-elect Trump would inherit, Obama is showing his true colors. And none of them are red, white, and blue or aimed at expanding our freedoms. So what’s the newest agenda item his radical leftist, and increasingly totalitarian, base is begging him to impose (there’s even a petition on whitehouse.gov, doncha know)? Forcing the filling of the irreplaceable Justice Antonin Scalia’s seat, that’s what:

Obama Can & Should Put Merrick Garland on Supreme Court

Can appoint nominee to the SCOTUS on January 3, 2017 Recesshttps://t.co/9P6gAtePgd

Sure. Because they “earned” it, according to the Huffington Post. By winning the popular vote, I suspect. Perhaps a “President of California” participation trophy should be awarded to Mrs. Clinton. But I digress…

So what’s their newest scheme? This: if Obama continues his pen-wielding tendencies, during the few moments when the 114th Congress is gaveled out, and the 115th gaveled in today, he could tread all over Donald Trump’s SCOTUS pick. From Fox News Insider:

END_OF_DOCUMENT_TOKEN_TO_BE_REPLACED

Finally.  Someone has given Prince Petulant Pouty Face a stern timeout: The Supreme Court dealt a blow to the presidency Thursday, ruling decisively that President Obama violated…

END_OF_DOCUMENT_TOKEN_TO_BE_REPLACED

Federal Appeals Court to Obama: You Violated the Constitution on Recess Appointments!

Abuse of Power. Frankly, I’m surprised – and pleased – by the ruling of the three-judge panel of the U.S. Court of Appeals for the D.C. Circuit…