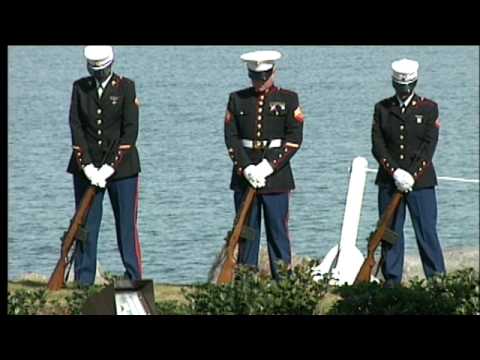 10 years ago today, two Al Qaeda terrorists pulled alongside the USS Cole during a routine refueling in Aden, Yemen and detonated a suicide bomb. It was the deadliest attack on a United States naval vessel since 1987.

17 sailors were killed. 39 more were wounded. The 17 sailors who died left behind 11 children. Never forget the names of the fallen who gave their lives in service to our country.

This was a deliberate act of war by the Al Qaeda organization, and it went ignored by the Clinton administration. The Bush administration responded on November 3, 2002, when the CIA fired a AGM-114 Hellfire missile from a Predator UAV at a vehicle carrying Abu Ali al-Harithi, a suspected planner of the bombing plot and Ahmed Hijazi, a U.S. citizen. Both men died. Now, the Obama administration has shelved prosecution of Abd al-Rahim Al-Nashiri, the alleged mastermind of the bombing.