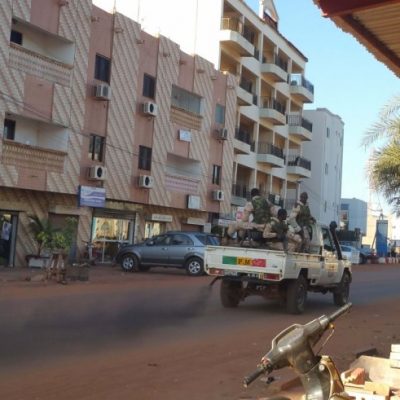 The House of Representatives has voted to pass the GOP-sponsored bill to place more stringent checks on the refugees that the president wants to bring into the United States. And not only has it passed, it passed with a veto-proof majority.

Forty-seven Democrats joined all but two Republicans as the House passed the measure by a veto-proof 289-137 margin, a major setback to the lame duck president on an issue —the Islamic State group and the refugees fleeing it — that shows no signs of easing. The vote exceeded the two-thirds majority required to override a veto, and came despite a rushed, early morning visit to the Capitol by senior administration officials in a futile attempt to limit Democratic defections.

The measure, which in effect would suspend admissions of Syrian and Iraqi refugees, would require the FBI to conduct background checks on people coming to the U.S. from those countries. It would oblige the heads of the FBI and Homeland Security Department and the director of national intelligence to certify to Congress that each refugee “is not a threat to the security of the United States.”

And about that “rushed, early morning visit” to the Democrats? Apparently it didn’t go over so well.

Earlier Thursday, White House Chief of Staff Denis McDonough and Department of Homeland Security Secretary Jeh Johnson faced strong resistance from House Democrats at a closed-door meeting. The goal was to explain how the refugee program worked, but their presentation did not “not going over well” and went “in the weeds,” according to a Democratic source in the room.

This source said the “message on this is too complicated.”

Virginia Democratic Rep. Gerry Connolly, who was undecided on Wednesday, attended the morning briefing with McDonough and Johnson, but voted with Republicans for the bill after reviewing the bill’s details. He told reporters “the administration representatives didn’t really present a compelling and cogent reason to vote no.”

“If you are going to send people home Thanksgiving week, you’re going to have to justify why you voted no on the only piece of legislation in front of us post Paris and it was a fairly modest bill,” Connolly said.

Ouch. This really is going to make President Thin-Skinned mad.

And even Nancy Pelosi is washing her hands of this one.

Pelosi on refugee bill: "I've said to the members you are going to make your own judgements on this."

The bill now heads for the Senate, where Harry Reid is promising to be his usual administration boot-licking self.

It will take all of Harry Reid’s skill to keep Senate Democrats from defecting if this bill comes up for a vote. No one is going to want to have their name on the record if even ONE refugee commits an act of terror. It would be a political death sentence. But with the president being a lame duck, he no longer has to care about other Democrats. He wants to uphold his “legacy” by bringing refugees in. And damn the consequences.