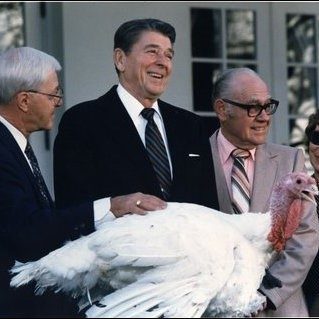 Previous post
Let Us Give Thanks On This Thanksgiving 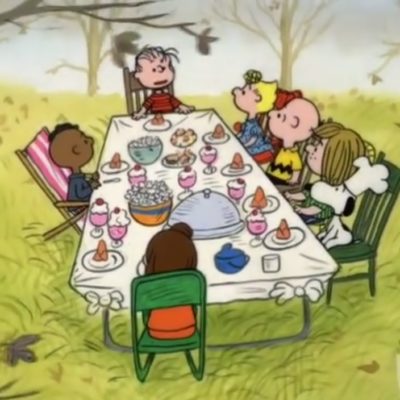 Next post
Charlie Brown's Thanksgiving Table Is Not Racist 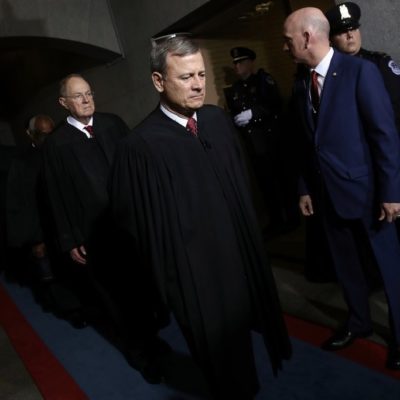 “The printing press is the greatest weapon in the armory of the modern commander.” Unfortunately British Military Strategist T.E. Lawrence (Lawrence of Arabia), didn’t foresee Twitter. 280 characters of confrontation, consternation, and very likely chaos. It’s timely that we see this quote from T.E. Lawrence at a time when our POTUS has a Twitter account, and can’t refrain from using it. Donald Trump needs to step away from Twitter, and enjoy a Thanksgiving free of thumb cramps. Yesterday he took on Chief Justice Roberts. Unfortunately, it takes more than 280 characters to relay coherent thoughts. Sticks and stones may break my bones, but Twitter really kills me. Even if you’re right, it usually looks wrong.

Every Family Has a Swinger

The SCOTUS, per the Constitution, is one of three equal branches of US Government. In review on some decisions, they should have made a different ruling. But it’s rare, and they are people. Despite their vastly impressive credentials, they have human shortfalls.  Americans, generally, respect those decisions even it they don’t agree with them. Cases like NFIB V. Sebelius (Obamacare Mandate), and DC V. Heller (2nd Amendment protections) have shown us that there is a trend amongst Justices to vote along ideological lines in how they see the law.

On occasion there are swing Justices who manage to make at least one-half of the population unhappy. Sometimes it’s a surprise like Roberts and the Obamacare (NFIB V. Sebelius) ruling. In the modern court it was often Kennedy. With Kennedy’s retirement, does it make sense to instigate a Twitter battle with the SCOTUS Justice most likely to be the swing vote ? It’s a bold and reckless move to engage a person who can make or break Trump’s impressive agenda. Don’t feed the media trolls, and more importantly, don’t poke the bear.

Less Dysfunctional Than Mine, But a Family

We have potential for major legal issues, and if they go to the SCOTUS will have long term impacts. Birth Right Citizenship, Immigration, and Firearms restrictions to name a few. If anything can be said about SCOTUS, it’s that they see beyond their political differences to appreciate their counterparts. At a time when I can’t follow my overly liberal cousin-in-law on social media, they vacation together. Justices Scalia and Ginsberg are a great example of this bond, as the late Antonin Scalia’s son states succinctly to CNN,

“Ginsburg and Scalia also shared an interest in the law and enjoyed discussing it, he said. They weren’t friends despite their divergent interpretations of the Constitution, Scalia told Toobin and Harlow. “They were friends, in part, because of it.”

If congeniality of Justices is in doubt, the words of Justice Sonia Sotomayor in regard to the new Associate Justice Kavanaugh should be taken to heart. She relays a story (from Justice Clarence Thomas) she told Justice Kavanaugh on his first day at court, “I judge you by what you do here. Welcome.” It’s obvious that this group of 9 people will have ideological differences, but still act as “family.”

“The nine of us are now a family and we’re a family with each of us our own burdens and our own obligations to others, but this is our work family, and it’s just as important as our personal family.”

I Got You, Bro

Often said in my family is the adage “you can fight your brother, but if a stranger looks crosswise at him you better have his back!” It’s not that we are especially close knit, or even see eye to eye on most things. But it’s “Family” and even the most ardent of family dramas takes a backseat to interlopers. With a comment about the 9th Circuit Court’s recent ruling on his Executive Orders on immigration, POTUS took on a family.

Was he incorrect in his view about judges being a reflection of the administrations that appointed them? On the surface no, and he’s not alone in this view. Unfortunately, with his blanket statement he poked a bear. Now we have a public throw down between the respective heads in two of our three branches of Government. What insanity is this?! In an interview with the AP on Wednesday, Justice Roberts said,

“We do not have Obama judges or Trump judges, Bush judges or Clinton judges. What we have is an extraordinary group of dedicated judges doing their level best to do equal right to those appearing before them.” He added that an “independent judiciary is something we should all be thankful for.”

POTUS, not one to let a response escape his thumbs responded,

Sorry Chief Justice John Roberts, but you do indeed have “Obama judges,” and they have a much different point of view than the people who are charged with the safety of our country. It would be great if the 9th Circuit was indeed an “independent judiciary,” but if it is why……

…..are so many opposing view (on Border and Safety) cases filed there, and why are a vast number of those cases overturned. Please study the numbers, they are shocking. We need protection and security – these rulings are making our country unsafe! Very dangerous and unwise!

“79% of these decisions have been overturned in the 9th Circuit.” @FoxNews A terrible, costly and dangerous disgrace. It has become a dumping ground for certain lawyers looking for easy wins and delays. Much talk over dividing up the 9th Circuit into 2 or 3 Circuits. Too big!

It’s possible to be right, and still be wrong. POTUS is correct in his assertion that the 9th Circuit Court historically lands on the liberal side of the family. He’s right that liberal lawyers seeking a sympathetic court will file in the 9th Circuit. They know that the odds are in their favor. In this case two of the four southern border states are within the jurisdiction of the 9th Circuit Court, so it’s not as though the lawyers had to do any court shopping. Unfortunately for POTUS, it makes sense that the 9th Circuit hears the case.

But the next stop is SCOTUS. A court that is decided by a swing vote, likely to be Justice Roberts. We have a good idea of how the other 8 Justices will vote, and most likely it will have an ideological bend. But the bigger question is, will Justice Roberts sit with his more liberal “family” as a rebuke of POTUS comments regarding the lower court and its judges? Not all issues require an immediate action, and Twitter is a terrible way to craft a thoughtful response.

It’s my ardent hope that this Thanksgiving finds you well and happy amongst your family. Chosen or given, it’s a time to take the high road. Watch the Cowboys V. Redskins, and remember that the reason you are so engaged about the future of our Nation is sitting across the table from you.