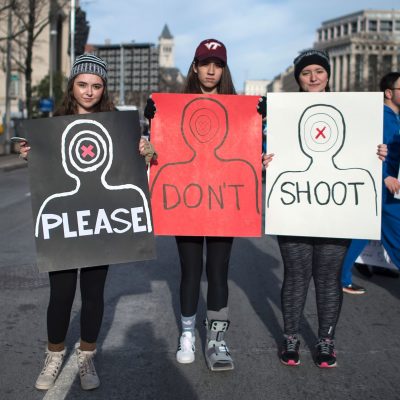 Previous post
"Attention Hogg" and Marching For Life: What Really Did Any Of This Accomplish? 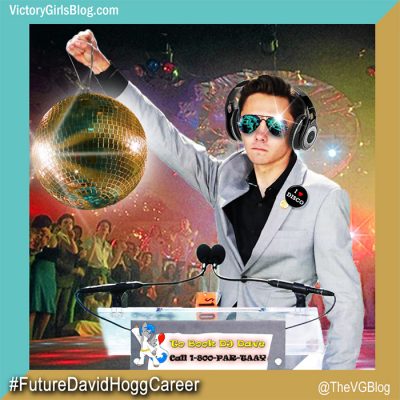 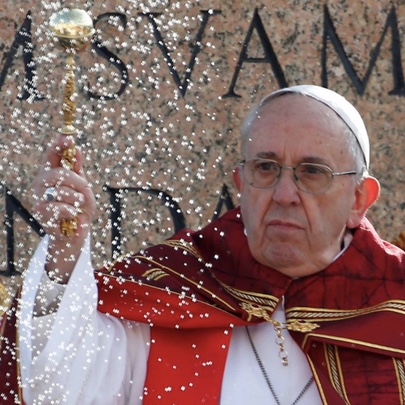 by Jenny Lee in Headlines 15 Comments

On Palm Sunday, Pope Francis conducted mass in the usual way. Then he added to his homily: 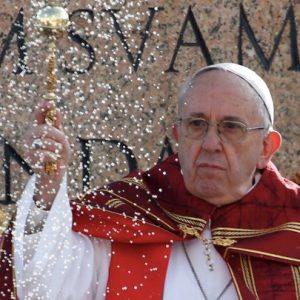 “The temptation to silence young people has always existed,” Francis said in the homily of a Mass,” the Pope told the congregation.

“Dear young people, you have it in you to shout,” he concluded. “It is up to you not to keep quiet. Even if others keep quiet, if we older people and leaders, some corrupt, keep quiet, if the whole world keeps quiet and loses its joy, I ask you: Will you cry out?”

In response, the young people in attendance shouted “Yes!”

Students from Marjory Stoneman Douglas High School were in St. Peter’s Square also. While it is unknown whether they are Catholic or interested in taking the Lord Jesus Christ as their Savior, one thing is clear: It was a great time for a photo op! (It is not clear where this photo was taken, but it is promoted by the Catholic News Service as during ceremonies for Palm Sunday in Rome – at least that’s what they want followers to think).

The Zuniga family was in Rome for a holy weekend, while across the pond fellow classmates conducted a completely built-from-the-ground-up grassroots campaign to advocate for “common sense” gun laws, which of course exclude any actual common sense measures, but let’s not be picky.

The Zunigas made Twitter, must be a thrill. While reflecting on Jesus’s final days and resurrection may also be in their travel plans, they conscientiously planned ahead in order to display typical protest signs during a predictably well attended event that is special for Catholics and Christianity. Sure to be numerous people in the crowd, the Zunigas successfully broadcast their message about stopping gun violence.

How much deficiency of self-awareness and lack of humility does it take to think it’s a good idea to preach your message on a day when it is supposed to be about His message? While Pope Francis did not mention Parkland or gun violence specifically, he did bolster the voices of young people by telling them to speak out. I don’t know if God was ok with this display of vanity, but Pope Francis likely approves.