Pelosi: We Need To Investigate These 9/11 Families Who Oppose The Ground Zero Mosque!

Pelosi: We Need To Investigate These 9/11 Families Who Oppose The Ground Zero Mosque! 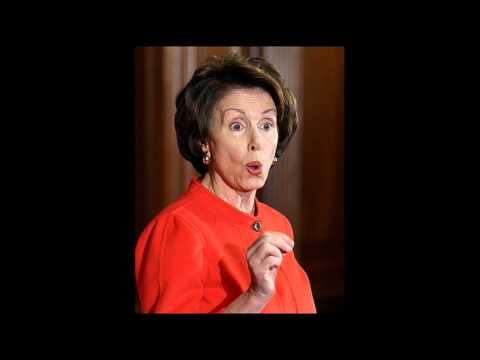 I first saw this story over at The Other McCain’s place, and wow — Nancy Pelosi is completely and totally out of line here. But then again, I’m just one of those ignorant bitter idiots clinging to my bibles and guns. I must not get it, because after all, doesn’t it make perfect sense to protect freedom of religion by infringing upon freedom of speech?

House Speaker Nancy Pelosi on Tuesday said she supports an investigation into groups opposing the building of a mosque near ground zero in New York.

Pelosi told San Francisco’s KCBS radio that “there is no question there is a concerted effort to make this a political issue by some.”

“I join those who have called for looking into how is this opposition to the mosque being funded,” she said. “How is this being ginned up?”

Harry Reid recently spoke out against the Ground Zero mosque. Does he need to be investigated, too? Or is it just those dangerous, wackjob families of 9-11 victims?

Let’s consider this. We’re currently fighting a war against Al Qaeda and the Taliban. Muslims are trying to build a mosque at Ground Zero that will cost around $100 million. Shouldn’t we be investigating the funding for this mosque as a matter of national security? They’d especially need to do that, considering the State Department is footing part of the bill.

Well, hang on there, you bitter clinger! As Stacy McCain pointed out, Mayor Bloomberg denounced that idea as un-American.

But investigating Americans for a political view they hold is perfectly American, huh, Speaker Pelosi? Or is Nancy Pelosi perfectly fine with using the government as some kind of thought police any time Americans decide to protest against something that she doesn’t like? Obviously she is, and that’s a scary, scary thought.

By the way, thank you, San Francisco, for forcing this wretched woman onto the rest of the country. She’s a real winner!