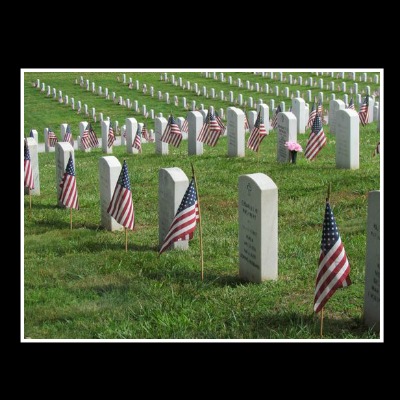 Open Letter to Millennials: Don’t Be This Douchebag [VIDEO]

Open Letter to Millennials: Don’t Be This Douchebag [VIDEO] 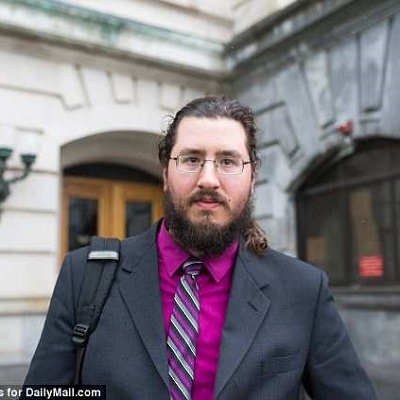 Dear Millennials – How many times during the past week have we read about this Neckbeard Failasaurus, who had to be evicted from his parents’ house because he refused to leave and stop leeching off his mommy and daddy? Michael Rotondo, the typical lazy, unmotivated, 30-year-old filthy hippie millennial, has made a variety of excuses about why he refused to move out of his parents’ house, including his latest creative rationalization: he can’t afford moving boxes. 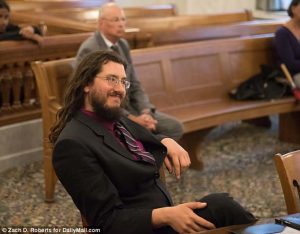 You can’t make this shit up.

First, Rotondo whined that he was jobless and couldn’t afford a place of his own. His parents, who are apparently overly kind people, allowed him to stay, but when they eventually badgered him about getting a job and contributing to the household, Neckbeard came up with excuse #2: he was focused on getting custody of his son.

Some desperate female allowed this cock juggler near her long enough for him to impregnate her.

What kind of blind trollop would sleep with this derelict is beyond me, but she apparently realized her mistake and ran for the hills, along with the kid that ostensibly came from his loins. The freeloader says he and mommy dearest 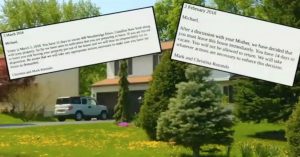 were never in any kind of relationship.

Mommy and daddy are almost certainly responsible for this filthy mess. They haven’t forced him to help around the home or contribute to the household, and instead of tossing his shit to the curb and changing the locks, they wasted time and resources taking this freeloading millennial douchecake to court.

In the time that he’s been at home, Rotondo said he’s never been expected to contribute to household expenses, assist with chores or the maintenance of the property. He blames his so-called “failure to launch” on a custody battle he’s been waging over his own son.

I’m wondering what court in the world would give a child to a “parent” who apparently had a one-night stand with the mother, (because after all, look at this fuckchop! What woman in her right mind would wake up after a night of cheap tequila and tacos, see that creature snoozing next to her and NOT run for the hills?) What judge would award custody to a sniveling skidmark who whines about how “unfair” it is to be booted out of his parents’ house at the age of 30 after mooching off them for eight years, hasn’t even had the decency to help with his parents’ expenses, and refuses to get a job after ostensibly graduating college?

“I went for engineering and then when I couldn’t do the math, I switched to business,” he said.

When asked about his long hair, he replied, “You know, why do I need to pay for haircuts?

Ummmm, what? Yeah, there’s a catch, ladies! A guy who can’t hold down a job, is sucking the life out of his parents, and is suing Best Buy after they shitcanned his ass because he refused to work Saturdays!

Neckbeard apparently hasn’t learned his lesson – that his parents don’t want him anywhere near them – so he says he’s planning to write a letter to his parents’ lawyer (because mommy and daddy – upon realizing just what kind of foreskin lesion they raised – have become too “adversarial”) to ask for some more time to move out, and despite the fact that his parents have been trying to evict his hairy ass for eight months, and despite having been offered a job by a pizza chain with a signing bonus – A SIGNING BONUS FOR THIS TURD TROLL, WHO IS REFUSING TO STOP LEECHING OFF HIS PARENTS AND HAS NO DISCERNIBLE COMMON SENSE OR ABILITIES OR SHAME, FOR THAT MATTER – still can’t figure out how to get his life together!

I’m sure that will go swimmingly. His appearance on InfoWars is the cherry on top of the world’s most ridiculous cake!

The 30 year old guy who won’t leave his parents house is now on InfoWars pic.twitter.com/xiaLgjFlBA

He claims he is a “good father” – one who doesn’t have a job, doesn’t want to work, and won’t stop mooching off his mom and dad.

He claims he is “working toward” getting the hell out of his parents’ house, except he refuses to work, and the job he did have at Best Buy ended up in him being canned because he refused to work on Saturdays.

He claims the months of his parents offering to pay him to get out, the letters evicting him, and finally the court proceeding just weren’t enough, and he needs “three months” to move out.

He says he’s not crazy. I believe him. He’s not crazy. He’s an entitled piece of fetid detritus who wouldn’t even accept health insurance his parents offered to pay for him, because it would compromise his welfare bennies. Not only was he sucking the life out of his parents, he was sucking the earnings from taxpayers, and taking a job or getting health insurance would compromise his status as a parasite.

Neckbeard is a piece of modern art – sort of like a booger on a canvas – a reflection of the society you millennial snowflakes want to create here in this country.

So how many of you are going to look at Neckbeard as a cautionary tale? How many of you right now are taking a good, long look in the mirror and wondering whether you should move out of your parents’ basement or at the very least start contributing to the household? 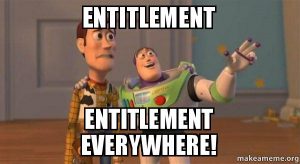 If you are the latter, YOU are what’s wrong with our society. YOU are contributing to the downfall of America. YOU are the ones destroying our culture and our values by demanding the unearned, and laying claims to a reward for your failures and your indolence. YOU are the ones who wouldn’t know hard work and achievement if it jumped up and tickled your taints.

Look in the mirror and remember that no one owes you anything. Remember that you are an adult, and you need to accept adult responsibilities. Remember that you are not entitled to anything at anyone’s expense. You are not special. You are just another lazy, privileged little shit with a chip on its shoulder because daddy failed to give you that pony when you were 10, and the world hasn’t given you enough and hasn’t kept you clothed and housed in the manner to which you have become accustomed.

Take a lesson from Neckbeard, millennials. As your parents realize just what kind of worthless little squatter twerps they have raised, more of you will wind up on the streets without your iPhone, without your Vans and your Victoria’s Secret clothes, and without your Chanel bags.

Make plans now, or you might find yourself an Internet sensation with the world ridiculing your very existence.