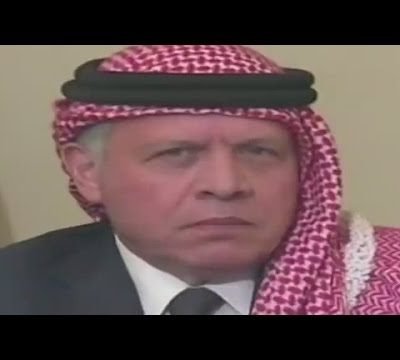 Previous post
Jordan’s response to the murder of their pilot

Obama Announces That ISIS is Holding an American Hostage, Is Deploying All Assets to Rescue Her

Next post
Father of Jordanian Pilot: Avenge My Son And Annihilate ISIS

Obama Announces That ISIS is Holding an American Hostage, Is Deploying All Assets to Rescue Her

by Cassy Fiano in People 10 Comments 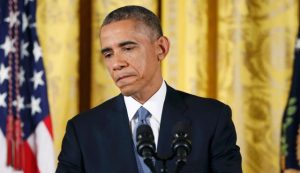 ISIS has committed any number of atrocities over the past several months, with Obama’s response mostly being to take a break from his busy schedule of golf games and celeb-filled fundraisers to lecture the world about how these actions will not be tolerated… yet taking absolutely no action whatsoever to strike back. From executing children for the crime of watching soccer and murdering 150 innocent, defenseless women, to beheading civilian hostages, the crimes of these terrorists haven’t been able to spur Obama to action. But apparently, the particularly horrific murder of Jordanian pilot Muath al-Kaseasbah, who was burned alive in a cage, was enough to call the Obama administration to action, in their own special way. Jordan promptly executed the ISIS hostages they had been holding; Obama let ISIS know that our military forces were coming their way, since it’s always a good idea to give our enemies a heads-up before we launch an offensive.

President Obama, in an interview aired Monday, acknowledged that the Islamic State has at least one U.S. hostage and said his administration is “deploying all assets” to find her.

The president made the comments in an interview with NBC’s “Today” show.

Obama spoke briefly on the hostage situation, going back-and-forth between referring specifically to a particular female hostage and hostages in general.

“We’re deploying all assets that we can, working with all the coalition allies that we can to identify their locations,” Obama said. “We’re in very close contact with her family, trying to keep them updated. Obviously, this is a something that is heartbreaking for families. And our obligation is to do anything we can to make sure an American citizen is rescued from this situation.”

Hey, know what ISIS will probably do now that they know we’re coming to rescue this hostage? Kill her. That’s what.

This little nugget of brilliance, to announce to the world that we’re sending troops to stage a rescue, comes from the same people who accidentally named the hostage in a press conference less than two weeks ago. It’s as if the Obama administration is actively doing everything they can to put the hostages that ISIS is holding at risk. And while plenty of people will undoubtedly be crying “traitor” over this, that’s probably not entirely fair to Obama. He’s not a traitor for ISIS; he’s just an incompetent moron.

Obama has proved, time and time again, that he is hands down the worst president this country has ever had, with the most unprofessional, non-transparent, gutless administration behind him. He’s too scared to use the words “terrorists” to describe ISIS, he bumbles and fumbles practically everything he does, and because of his idiocy, American lives are at risk. and what’s worse, he doesn’t learn from his mistakes, either. The rise of ISIS was allowed to happen because Obama decided to end the wars in Iraq and Afghanistan. But guess what? Wars aren’t “ended”. They’re either won or lost. You can’t just pull our troops out and call it a victory when the war hasn’t been won yet. Doing so just left a massive power vacuum in the Middle East, one that ISIS was happy to fill. Yet Obama is still persisting with his moronic idea to withdraw all troops from Afghanistan, refusing to react after ISIS has killed innocent American civilians, laughing off their atrocities by calling them the “JV team”, and in general, behaving like the gutless boy wonder that he is.

If we find out in a few weeks that ISIS has killed this woman, then we’ll know who to blame. Obama has just put this woman’s life at risk by announcing that we were coming to get her, and if she’s still alive now, then chances are, ISIS will be ready to change that soon. And it will be Obama’s fault. He will, once again, have blood on his hands… although, in his case, that’s really nothing new, is it?