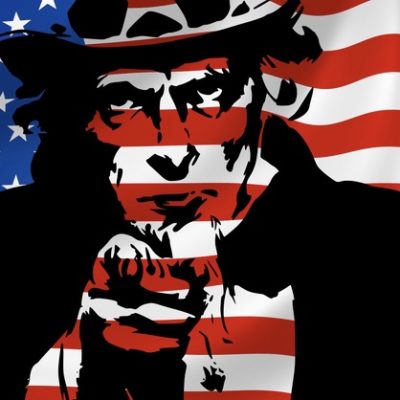 Previous post
Is the COVID "Curve" Worth Losing Our Rights? 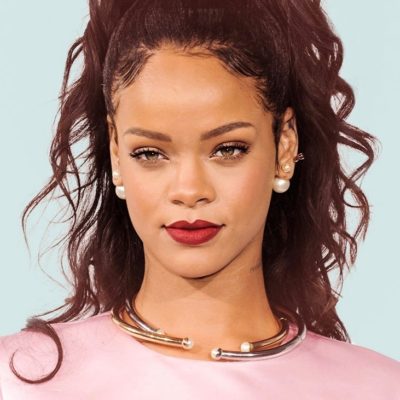 Next post
Rihanna and The Caped Crusaders of COVID-19

by Marta Hernandez in Everything Else 3 Comments

Politicians aren’t the only ones who exploit and are profiting from the global pandemic. Criminals also use these crises for financial gains, and while we are focused on power-hungry politicians using global pandemics to gain power, we cannot forget to watch out for criminal goons.

British Home Secretary Priti Patel said in a briefing recently that the very nature of crime is changing during the global pandemic. Criminal fraud is on the rise in the UK as charlatans exploit global pandemics for new financial schemes. Especially frightening is the increase in reports of online child abuse, as more kids stay home and interact with others online. “And in the last week the National Domestic Abuse Helpline reported a 120% increase in the number of calls it received in one 24-hour period,” Patel said.

Financial crimes are on the rise worldwide during this global pandemic. A man was arrested in Singapore for fraud last month after scamming a pharmaceutical company for more than $10 million after the company purchased surgical masks and hand sanitizers – necessary buys during the global pandemic – which they never received. The man then transferred part of the money was transferred out of Singapore via multiple banks – DBS, Standard Charted, HSBC, United Overseas Bank, Oversea-Chinese Banking Corporation, and CIMB – using them to launder the funds

In the United States, financial crimes are skyrocketing as malign actors seek to cash in on global pandemics.

In Waco, Texas local law enforcement officials are seeing shifts in the types of crimes that are reported to police. What we would call “regular” types of crimes are on the decline, but as Forbes reports, fraud is an inevitable consequence of global pandemics, with COVID-19 at the front of the pack this year.

More purchase volume is moving into online sales channels as a result of store closures. According to a mid-March survey by 451 Research, part of S&P Global Market Intelligence, 52% of US merchants expect their online sales to be higher due to the coronavirus outbreak. Fraudsters take this as an opportunity to more easily blend in with legitimate customers, and already reports of increases in card testing attacks and buy online/pick up in-store fraud are mounting. Criminals are also setting their sights on bigger ticket items. ACI Worldwide noted that in March, fraudulent attempted transactional value grew by 13% Y/Y as fraudsters increased their focus on categories like electronics.

FBI is anticipating an increase in business fraud and email compromises as more and more companies institute remote working rules, and companies and especially financial institutions must adjust.

A friend of mine reported recently that his credit card with one of the larger companies was “tested” five times with tiny amounts – a common method for criminals who steal credit card numbers to see if the card is valid and if anyone will catch them. The card issuer did nothing to warn my friend and did not shut the card down. Fortunately, my buddy is mindful of his financial transactions, called the credit card company, and demanded a new card.

I advised him to dump this company altogether. This is the FIFTH time his card was compromised, and he was forced to get a new card every time. The fact that the issuer did not alert to the attempted fraud tells me their efforts to protect their customers are insufficient, and they deserve to lose business.

And recently INTERPOL warned that cyber attacks targeting hospitals during the COVID-19 global pandemic could directly result in deaths.

Although, we don’t want to see more and more government control over and insight into our financial transactions. This is our property, after all – a fundamental right over which no bureaucrat should have power. Financial institutions are facing criticism that they are prioritizing existing customers who are seeking Coronavirus rescue loans over new customers, and they are blaming stringent anti-money laundering (AML) rules for the logjam.

The issue is just one of a number of problems that have surfaced during the rollout of the $350 billion Small Business Administration lending program that began last week. If left unresolved it could cause a major logjam in the effort, which the Trump administration has demanded move quickly to get cash to hundreds of thousands of companies teetering on the edge of closure.

However, AML rules exist to protect the US financial system from being exploited by criminals, terrorists, and other malign actors, and these rules protect the financial institutions as well from being abused during the global pandemic, especially as we see financial crimes increase as even the criminals stay at home and practice social distancing.

The issue is bigger than just small businesses that need help, and frankly, I still remember the federal government forcing lenders to issue mortgages to lower-income buyers who were obviously unable to make their payments. Banks tossed sound underwriting standards and gave loans to purchasers who were at high risk of defaulting, while forcing the taxpayer-backed Fannie and Freddie to expand their quotas of risky loans from 30 percent of portfolio to 50 percent under the guise of expanding home ownership so everyone can have that American Dream.

Should banks now toss out sound Customer Due Diligence and Know Your Customer (CDD/KYC) standards to allow terrorists, mafia goons, human traffickers, drug dealers, and other slime access to the US financial system because we are in a pandemic?

I would say no.

The housing crash wreaked havoc with our economy. If we toss out global CDD/KYC standards, we will surely be tapped as a haven for illicit finance by the Financial Action Task Force (FATF) – the global body responsible for monitoring and setting global AML/CFT standards and combating money laundering and terrorist financing on a global scale. Given the predominant role the United States plays in the FATF and as a standard-setter in battling financial crimes in the world, I cannot imagine how much of a hit our reputation would take if we relaxed AML/CFT standards during a global pandemic, not to mention the real impacts to our economy! We could become a haven for criminal financial activity, undermining the legitimate activity of the private sector, and allowing criminals increased control of entire sectors of the economy! The stability of our financial sector could become more fragile, as criminal activity undermines financial institutions. (See: European Union Bank and Riggs Bank as examples). And frankly, financial crimes undermine our economic and fiscal policy by adversely affecting interest rates and currencies.

As much as I am suspicious of government control, I also understand that measures to prevent criminal access to our society, critical infrastructure, and financial institutions are absolutely vital to surviving a global pandemic.

There is a fine line, and we need to balance on it cautiously.

Covid Vaccine Takes A Day Off