Previous post
The Hill: Unvaccinated Americans Need To Be Accountable 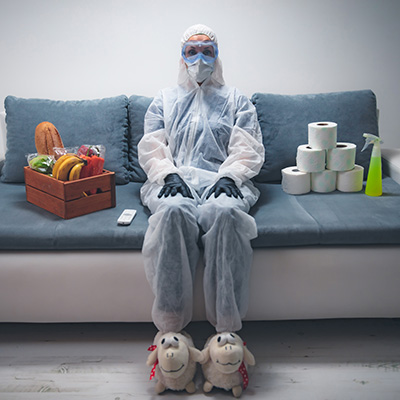 “Mass formation psychosis” is the trigger phrase of the moment. The Left has gone into hyperdrive over it ever since Dr. Robert Malone uttered the phrase on Joe Rogan’s December 31st podcast. Brickbats were aimed at both Malone and Rogan. Twitter lowered the ban-stick on Malone. The freak-outs continue today.

Kind of proving the good doctor’s thesis, wouldn’t you say?

Most of what I have learned has come from Dr. Mattias Desmet, who realized that this form of mass hypnosis, of the madness of crowds, can account for the strange phenomenon of about 20-30% of the population in the western world becoming entranced with the Noble Lies and dominant narrative … (snip)

Look no further than this HuffPo screed on mass formation psychosis as baseless, unfounded, no evidence while trotting out the usual experts say appeal-to-authority fallacy.

psychology experts say the concept described by Malone has no basis in evidence, and is similar to theories that have long been discredited. Here’s a look at the facts.

Facts? Oh, “facts”. Where upon you get snippets from psychologists that the phrase isn’t found in the literature. Then a kind of pedantic handwave that the word “psychosis” itself is a clinical description for individuals not “mobs”.

Though also said experts here decided to fudge a bit in their claim that mob mentality is a “discredited” myth that “no respectable psychologist agrees with”:

Multiple experts told the AP that while there is evidence that groups can shape or influence one’s behaviors — and that people can and do believe falsehoods that are put forward by the leader of a group — those concepts do not involve the masses experiencing “psychosis” or “hypnosis.”

HOUSTON — The Houston-area mom accused of putting her son in the trunk because he had COVID-19 was arrested Saturday, according to court documents. (snip)

According to court documents, Beam took the 13-year-old boy to a drive-thru COVID testing site at Pridgeon Stadium on Monday, January 3, for additional testing.

A CFISD employee who was gathering information from people in line said Beam told her the boy was in the trunk because she didn’t want to be exposed to the virus.

A woman put her child in the trunk of her car after he tested positive for Covid. She did this so she wasn’t exposed.

We don’t believe you. The absolutely irrational hysteria is real. https://t.co/kc8yblp8VF

This woman endangered her own child because she is so fearful of covid rationality was nowhere to be found. Did she get there on her own? Was she only in a one-off incident? Or is she just another member of the mob driven by the what the HuffPo describes as

not delusional. Rather, they are “fully responsive to the arguments and evidence adduced by the relevant scientific experts.”

Gotta love that fully responsive line. Second only to RELEVANT experts. Because, as we all know, once Dr. Malone questioned the Accepted Narrative, he was no longer relevant.

Healthy people lining up for hours to get a test:

2. Probably gets you sick standing around sick people in the cold- during cold and flu season.

4. Proves you can stand in line to vote.

One can actually look at the real numbers of, and devastation wrought by, covid rationally. People have gotten sick and even died. We at Victory Girls have experienced the Wuhan Lung Rot within our own circles of family and friends.

However, the amount of hysteria, irrationality, and cynical use by politicians and media to use it against their political enemies, indeed demonstrates a kind of national Jonestown dynamic. And it’s not like we haven’t been in the midst of media-driven moral panics before.

From the Salem Witch Trials to McMartin preschool to the Children’s Crusade lead by Greta “How Dare You” Thuneberg, there are enough people in the population to form an irrational, dangerous mob ripe for cult leaders like St. Fauci to encourage their moral panic.