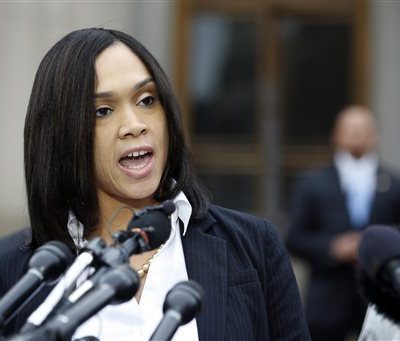 Marilyn Mosby Charges Six, But Will the Charges Stick?

Next post
Reports of Another ISIS Massacre of Yazidi Prisoners

Marilyn Mosby Charges Six, But Will the Charges Stick? 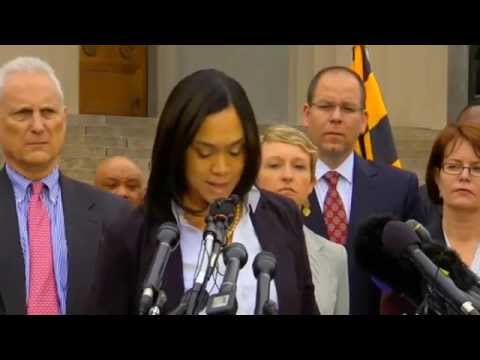 The youngest chief prosecutor in the nation, Baltimore City attorney Marilyn Mosby, who has been on the job just four months, charged six Baltimore police officers with over twenty-five offenses related to the death of Freddie Gray. The charges range from second degree depraved heart murder to various manslaughter charges, as well as assault, misconduct, and false imprisonment. Each charge carries with it its own several, unique elements that must be proven in order to justify a conviction. Considering the sparse facts that we have now, and the laundry list of offenses, this is going to be a tall task for prosecutors.

You can watch Mosby reading charges below.

Prosecutor Mosby read from a prepared probable cause statement on Friday regarding what I hope is only a few of the facts surrounding Gray’s arrest and subsequent ride in the police wagon on April 12, 2015. Mosby’s statement discussed multiple stops made by the wagon, multiple requests for help by Gray, and multiple viewings of Gray by multiple officers during the ride, and multiple instances of failure by the officers to put Gray in a seat belt in spite of having multiple opportunities to do so. Despite no indication of how Gray received his injuries, Mosby concluded by listing all the charges against the officers, with the most serious charge of murder being brought against the driver of the police wagon.

The statement of facts and the seriousness of the charges bring far more questions than answers. It is possible that there are a lot more serious facts that we do not know, but the facts as they stand now do not justify the most serious of these charges. At most, the facts indicate only that Gray may have been arrested without probable cause, that he was not properly restrained in the wagon – because he wasn’t placed into a seat belt, but there was no indication of improper restraint to his person, and that medical assistance was not provided in a timely manner. There is no indication whatsoever of how he sustained the injuries to his neck and spine which have been named as the cause of death. This is what must be known in order to prove murder or manslaughter. This is a glaring omission in the probable cause statement.

Because the charge of murder is being brought against the driver of the wagon and not any of the arresting officers it indicates that the injuries were not sustained during the arrest as was previously speculated. Instead there are only two possibilities: either Freddie Gray intentionally caused his own injuries inside the wagon, or the driver literally took him for a ride. While instances of police causing intentional or negligent injury to prisoners while in the back of the police wagon have occurred in Baltimore, the problem is not thought to be systemic. Convicting the driver of intentional or negligent homicide will be extremely difficult unless much more substantial facts come to light.

The facts supporting the charges of manslaughter against some of the remaining officers seem to be only their failure to take action in the face of Gray’s requests for medical attention. Officers face these decisions on a daily basis and likely hear many more false complaints which could serve to steel officers against truthful requests for help. While this inaction is a legitimate concern, a manslaughter conviction for this omission seems disproportionate.

This leads us to the question of whether there are some other motives at work? Do they really think they can prove these charges? Have they charged swiftly and heavily in order to assuage the masses? Is the new prosecutor looking to make a name for herself as a tough law enforcer in a high profile case? Has the prosecutor been influenced by her relationships with Freddie Gray’s family or her connections to the city council? Charges unsupported with facts and brought for any purpose other than to serve appropriate punishment upon wrongdoers will only continue to divide the community, and contribute to further lack of faith in our justice system. I fear Mosby may have done more damage than good to the very cause she purports to serve.