Previous post
"We Are Being Invaded": Militias Mobilized at the Border, Pleading for Help

Next post
Liberal Racism and the War on Black Republicans

That is how long the IRS will have to write its very best excuse EVER, and then swear to it under oath.

Yesterday afternoon, on the heels of Congressman Steve Stockman’s resolution to have Lois Lerner arrested on the charge of contempt of Congress, U.S. District Judge Emmet G. Sullivan, in response to ongoing Freedom of Information Act lawsuits from Judicial Watch, ordered the IRS to submit, under oath and in writing, testimony as to what happened to Ms. Lerner’s erstwhile emails – the ones she invoked her Fifth Amendment rights over. And, Judge Sullivan has also appointed a federal magistrate to see if those little lost emails just happen to be sitting on some other servers somewhere within the federal government.

Naturally, the IRS was not pleased about this, revealing that a Treasury Department inspector general is also conducting a probe into the missing emails, and they didn’t want to compromise their own investigation by complying with the judge’s orders. Fortunately, the judge didn’t buy that argument.

Judicial Watch lawyer Ramona Cotca complained that the IRS never informed her group or the court about the lost emails, even though Sullivan had ordered the IRS to produce documents related to the information request on a monthly basis.

Geoffrey Klimas, a Justice Department lawyer representing the IRS, said the agency had no legal obligation to tell Judicial Watch about emails that may have been destroyed two years before the group filed its request for information.

That line of reasoning is just fabulous. “Sorry, we can’t give you the information that you are looking for, because it’s been destroyed, and we don’t have to tell you, because we got rid of it before you asked about it.”

August 10th is now the official deadline for a sworn statement to be submitted to the court about what happened to Lois Lerner’s emails. I wonder if a month is long enough for the IRS to come up with an excuse that will hold up forever as an official explanation, under oath, as to where the emails went. They may actually have to pick a story and stick to it this time. Perjury is kind of against the law, even in these troubled times. And something tells me that Judge Sullivan isn’t going to buy “the dog ate my server” as an excuse. 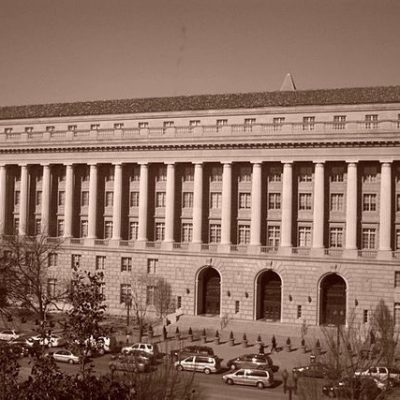