Previous post
What the Vaccine Issue is Really About 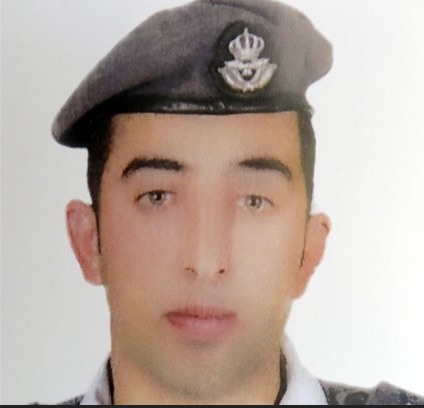 By now you may have heard that the barbaric and depraved savages who call themselves the Islamic State (ISIS) have executed Jordanian pilot, Lt. Muath al-Kaseasbeh, by burning him alive as he was caged like an animal. You can view the images here, but please be warned, they are very graphic.

In immediate response, the news coming from Sky News Arabia is that Jordanian authorities are making good on their threat—a red line, if you will—from a few days ago to execute all ISIS prisoners in their custody if the pilot is harmed. From the FaceBook page of Sky News Arabia, translated with Google Translate:

Currently held in custody is female suicide bomber Sajida Al-Rishawi, as well as several other ISIS fighters. Controversial Times is reporting that the prisoners will be executed in the next several hours, starting with the female jihadist, Rishawi, pictured here. And if the reported move of the prisoners is any indication, it appears their hours on this earth are numbered.

Who is Sajida al-Rishawi, the prisoner Islamic State wants released from a Jordanian prison? http://t.co/UDu7TAYjhm pic.twitter.com/xuawbx9Q7n

And that’s how you deal with knuckle-dragging barbarians.

UPDATE [2:00 pm] Catherine Herridge of Fox News is reporting she believes the Jordanian pilot was executed in early January, based on analysis of the video of his killing, and that ISIS’s “negotiations” for a prisoner swap with Jordan were a ruse.