Israel gave the flotilla what was coming to them

Israel gave the flotilla what was coming to them 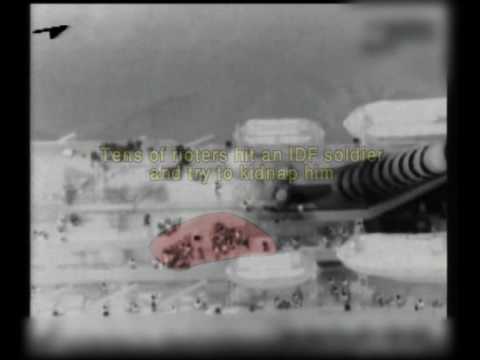 by Cassy Fiano in Headlines 34 Comments

As John Hawkins outlined, liberals have been outraged by the attack on a flotilla by the Israeli navy that left at least 10 dead. As per usual, though, the liberals are ignoring the facts of the situation and are doing everything they can to demonize Israel. (Don’t accuse them of being anti-Semitic, though!)

Let’s just take a little refresher course on the facts, shall we? Israel is the only functioning democracy in the Middle East. They are surrounded by bloodthirsty, anti-Semitic savages who want to kill them. Hamas and Hezbollah have openly said that they want to kill every Jew alive, including children. Israelis live in terror every single day thanks to the constant attacks from Palestinians. Israel has put up a blockade in Gaza to stop people from smuggling weapons into the strip, weapons which will be used to murder Israelis.

This is the situation in which the flotilla willingly headed into. This is the ninth time idiot activists have tried to send a flotilla through Israel’s blockade.

Now, liberals and the mainstream media are trying to make it sound as if the Israeli Navy just arbitrarily decided to kill a bunch of harmless, daisy-waving peace activists trying to bring aid to the Palestinians, because Israel is horrible and hate-filled and bigoted against Palestinians, of course.

Reality doesn’t quite match their stories. The lead ship was boarded by helicopter, and the flotilla was going to be told to either turn around or the Israeli navy would commandeer the boat. The so-called peace activists responded by attacking the Israelis, seriously injuring at least two. Oh, and did I mention that these supposedly innocent, martyred activists were armed?

Our Navy commandoes fell right into the hands of the Gaza mission members. A few minutes before the takeover attempt aboard the Marmara got underway, the operation commander was told that 20 people were waiting on the deck where a helicopter was to deploy the first team of the elite Flotilla 13 unit. The original plan was to disembark on the top deck, and from there rush to the vessel’s bridge and order the Marmara’s captain to stop.

Officials estimated that passengers will show slight resistance, and possibly minor violence; for that reason, the operation’s commander decided to bring the helicopter directly above the top deck. The first rope that soldiers used in order to descend down to the ship was wrested away by activists, most of them Turks, and tied to an antenna with the hopes of bringing the chopper down. However, Flotilla 13 fighters decided to carry on.

Navy commandoes slid down to the vessel one by one, yet then the unexpected occurred: The passengers that awaited them on the deck pulled out bats, clubs, and slingshots with glass marbles, assaulting each soldier as he disembarked. The fighters were nabbed one by one and were beaten up badly, yet they attempted to fight back.
However, to their misfortune, they were only equipped with paintball rifles used to disperse minor protests, such as the ones held in Bilin. The paintballs obviously made no impression on the activists, who kept on beating the troops up and even attempted to wrest away their weapons.

One soldier who came to the aid of a comrade was captured by the rioters and sustained severe blows. The commandoes were equipped with handguns but were told they should only use them in the face of life-threatening situations. When they came down from the chopper, they kept on shouting to each other “don’t shoot, don’t shoot,” even though they sustained numerous blows.

Only after one of the Israeli commandos received a serious injury did the Israelis start using live fire. When they did, the rioters responded by shooting back and by stabbing the commandos.

The forces hurled stun grenades, yet the rioters on the top deck, whose number swelled up to 30 by that time, kept on beating up about 30 commandoes who kept gliding their way one by one from the helicopter. At one point, the attackers nabbed one commando, wrested away his handgun, and threw him down from the top deck to the lower deck, 30 feet below. The soldier sustained a serious head wound and lost his consciousness.

Only after this injury did Flotilla 13 troops ask for permission to use live fire. The commander approved it: You can go ahead and fire. The soldiers pulled out their handguns and started shooting at the rioters’ legs, a move that ultimately neutralized them. Meanwhile, the rioters started to fire back at the commandoes.

“I saw the tip of a rifle sticking out of the stairwell,” one commando said. “He fired at us and we fired back. We didn’t see if we hit him. We looked for him later but couldn’t find him.” Two soldiers sustained gunshot wounds to their knee and stomach after rioters apparently fired at them using guns wrested away from troops.

It took a thirty minute shoot-out for the Israelis to take over command of the ship. This shoot-out happened because the Israelis were ambushed and met with violence when they boarded the ship. Had the activists not attacked the Israelis, then ten of those activists would not have been killed. And this is after the Israelis did everything they could to avoid using live rounds. Later, after searching the ship, there were several caches of weapons found — showing that the “innocent” activists were prepared for and expecting a fight. The group behind the flotilla also has a history of supporting violent jihad.

Yet liberals would have you believe that Israel was the aggressor here, bullying poor innocent activists with perfectly innocent intentions. The truth is nothing close to that, of course, but liberals will do anything they can to demonize Israel and glorify Palestinians — the same backwards, genocidal savages sick with bloodlust at the thought of murdering Jews. And while liberals will probably also try to say that the Israelis are lying about this confrontation, that can be disproved — the Israelis had the cameras rolling for the entire confrontation.

These people knew damn well that there was an Israeli blockade at Gaza. They knew that their ship would be boarded if they tried to sail through it. These “activists” got what was coming to them — no more, no less.

UPDATE: Allah has two more videos with an even better view of the so-called activists attacking the Israeli commandoes. I repeat myself again: these people got what was coming to them. No one in that flotilla would have died if they hadn’t attacked the Israeli commandoes, but they did, and so the Israelis were forced to defend themselves. The “activists” got exactly what was coming to them. They got exactly what they deserved.