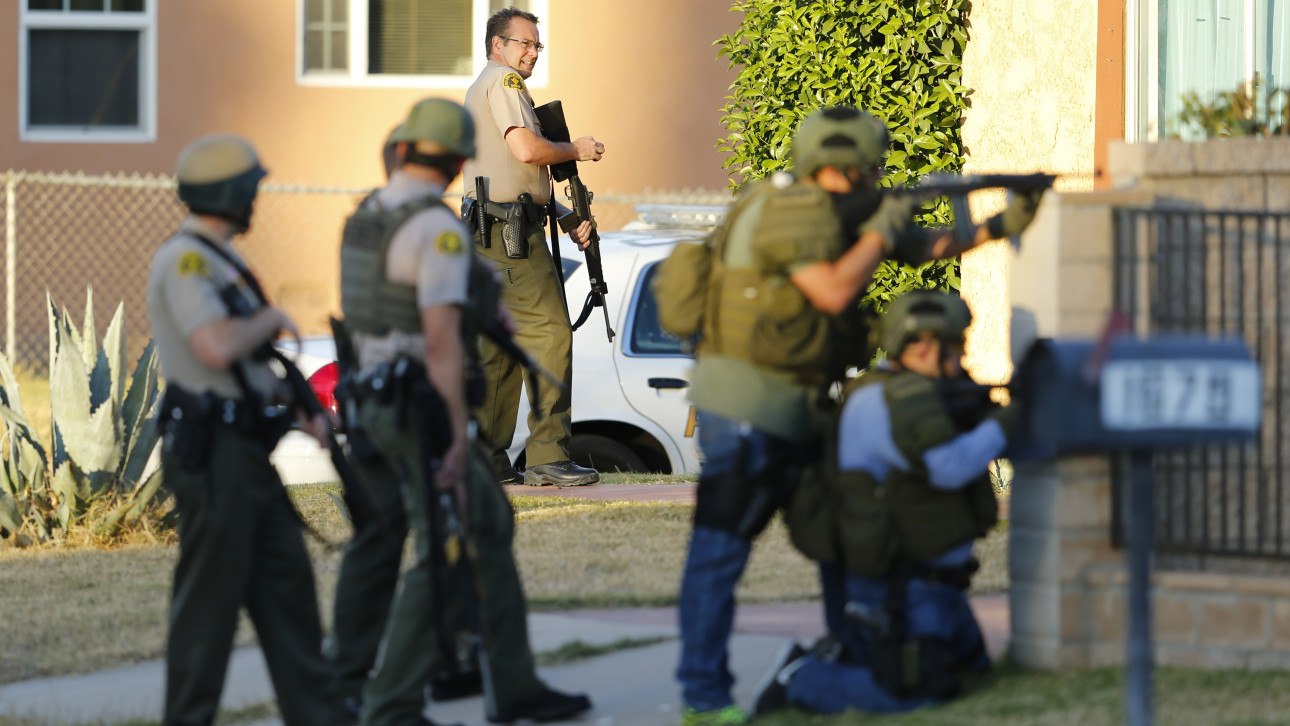 by Amy Taylor in Headlines 1 Comment
Although ISIS is not claiming responsibility for the terror attacks waged in San Bernardino yesterday they have created a horrifying hashtag praising the mass shooting that resulted in 14 dead and 17 wounded. Using the hashtag #America_Burning, the Islamic State took to the deep web and Twitter to praise the atrocities committed.

“Three lions made us proud. They are still alive,” Twitter user and ISIS adherent @alSaoD__yahoD__ tweeted in Arabic. “California streets are full with soldiers with heavy weapons. The United States is burning. #America_Burning #Takbir”

Nothing shows the fundamental differences between the Western world and the radicalized Muslim world than the rejoicing of innocent blood being poured out by fellow extremists.

“God is great and he the one to be praised for that,” said another supporter posted in a forum in Arabic.

The hashtag, of course, was primarily used on Twitter where one ISIS terrorist warned the United States of a “new era.”

“God is the greatest. May god spread fear in the homes of the Crusaders,” tweeted one @almwhid_john.

All of their accounts have since been suspended, but these were posted before the suspension took place.

I don’t know about all of you, but I am SO relieved that we have a president dedicated to protecting us from the evils of global climate change, so that I can breathe clean air and not freeze to death/burn to death (or whatever they claim the planet is doing these days) while a medieval death cult marches across the globe, killing everyone who disagrees with them, eventually waging attacks in my own country.

In case you didn’t sense the sarcasm, I’m not glad that we have a weak, wimpy, overly-arrogant POTUS. I want a president who will stand behind the podium bearing the emblem of so many strong men who came before him, and tell the world that we will hunt these monsters down in their homes and villages. I want a president to not apologize for the actions of this growing number of radicals. I want a leader who isn’t afraid to LEAD – not cower behind the big beautiful desk in the Oval Office for which American tax dollars pay.

However, as one World War II vet I knew used to say, Americans are a different breed of humans. Marcus Luttrell reminded us of that a few months ago with his NRA commercial. In it he told our enemies not to confuse American citizens with our politicians.

“I know you’re watching, so pay attention. You hate my freedom, my religion, and my country. You hate me for speaking my mind. You try to control me with violence and intimidation. You think you can muzzle me with fear? Don’t ever confuse me for my politicians or my media.
I am an American, free born and free bred. And I will call you out for who you are – an Islamic extremist who would kill me for my beliefs.
You don’t intimidate me. My freedom is more powerful than anything you could ever do, and I will never, never surrender my rights to your terror.
I will say what I think, worship according to my beliefs, and raise my children as I see fit.”

So, ISIS terrorists, you’re right. America is burning, but not in fear or in some type of Islamic reform – in anger. Our president might be a shaky-legged, wimpy nincompoop that didn’t stand up to Islamic extremism after Benghazi or the horrific terror attacks in Paris last month, but Americans aren’t our leaders, and we’re angry.