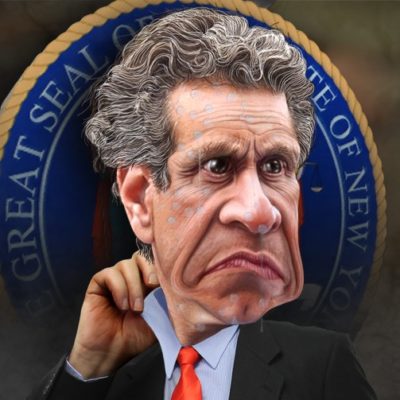 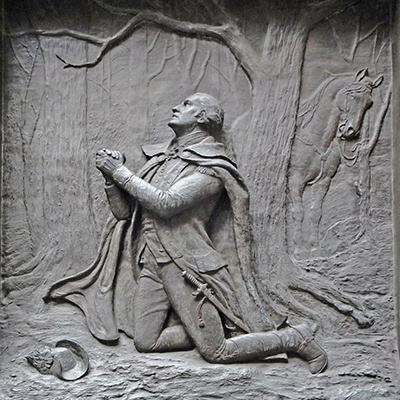 The burning of St. John’s Church in Washington D.C. and the hostility towards churches and temples demonstrates the rise of radical secularism. Its latest manifestation is in the disturbing images of law enforcement “taking a knee” in front of protestors and the grotesque act of woke wypipo prostrating themselves in front of a group of “people of color” to beg forgiveness. While the sentiment maybe understandable, the behavior is dangerously wrong.

Let me be up front here. There is a difference between peaceful protestors and the people who went on wilding sprees of arson, looting and assault. I’m not here to rehash something that is obvious to any rational adult. Of course, that excludes the Leftcultists excusing it, enabling it or even participating in it. Each and everyone of them is not just anti-American, but anti-Western Civilization. They are against the principles of individual responsibility and accountability.

And that’s why the “take-a-knee” signaling is dangerous and fully outside the realm of sharing the sadness and outrage at the murder of George Floyd by Derek Chauvin and the systemic failures of the Minneapolis Police Department.

Reaction to Floyd’s murder crossed all racial and political boundaries. Police chiefs across the country have condemned it, rank-and-file officers have marched with the legitimate protestors. Prominent conservatives have reached out to like-situated progressives.

Yet to take-a-knee isn’t about understanding or sympathy or protest about individual acts of evil or calls for institutional reform. It was conceived as a specific anti-American gesture and perpetuated by an organization, BLM, that has a deserved reputation for racism, violence and Jewhatred. Why should we any more find their symbol legitimate at a protest than a Confederate Flag? If we don’t accept the rational of some people that the Rebel Flag is just a cultural symbol of pride divorced from a war over slavery and the institutional racism of the Jim Crow era, then why should we accept take-a-knee as a symbol of solidarity over Floyd’s murder divorced of it’s anti-American and racist roots?

Consider, too, that the Progressive signal is one of borne of the mendacious ideology of group identity — that we, as individuals, are not sovereign. That our individuality is neither inherent nor based on our own convictions or actions. Indeed, the foundations of Leftism is that our identities are outside ourselves and our control. We are to be defined by whatever groups we belong to (and those groups cannot be determined by us, either). Our place in society isn’t legitimized by our own behavior, but by our melanin level or genitals or health-status or sexual orientation or … well, standby while our Leftist Rulers define a new category of intersectionality.

Deja vu, but this kind of definition and enforcement of group identity isn’t new.

Against individualism, the Fascist conception is for the State; and it is for the individual in so far as he coincides with the State, which is the conscience and universal will of man in his historical existence. It is opposed to classical Liberalism, which arose from the necessity of reacting against absolutism, and which brought its historical purpose to an end when the State was transformed into the conscience and will of the people. Liberalism denied the State in the interests of the particular individual; Fascism reaffirms the State as the true reality of the individual. And if liberty is to be the attribute of the real man, and not of that abstract puppet envisaged by individualistic Liberalism, Fascism is for liberty. And for the only liberty which can be a real thing, the liberty of the State and of the individual within the State. Therefore, for the Fascist, everything is in the State, and nothing human or spiritual exists, much less has value,-outside the State. In this sense Fascism is totalitarian, and the Fascist State, the synthesis and unity of all values, interprets, develops and gives strength to the whole life of the people.

That is why this is alarmingly grotesque and dangerous …

This isn’t just stage-4 wokeism — of clowns of pallor and morally-damaged people of enriched melanin participating in a public spectacle of ritual intersectional absurdity; this is the end-game of radical religious Leftism. Collective guilt, collective punishment, collective forgiveness – the antithesis of Judeo-Christian principles.

I am responsible for my behavior. My sins are mine. My guilt is about what I have done or not done. I neither seek out a sin-eater to off-load my actions nor do I seek to be a sin-eater and assume the responsibility for the sins of others.

Being a rational adult who has to get up each morning and take responsibility for oneself each day isn’t an easy prospect. How comforting to sink onto the fluffy duvet of Victimhood and offload my flaws and failings to the Oppressing Other. And we hear every day the excuses of those who have given up on individual responsibility – from shoplifters who claim stealing’s a blow against “corporate exploitation” to the spousal abuser who yells at their partner “It’s your fault for making me so mad!” — what you witness is people rejecting civilization in favor of chaos.

Because when you accept responsibility for your own sins, you not only seek to ask forgiveness but commit yourself to changing your behavior for the better. It means nothing, for you or others, to seek public forgiveness from one group for another group. Worse, it conveys a false sense of having actually done something. It’s the cheap grace of “I gave at the office” limo leftism.

I never have to kneel to ask an individual to forgive me when I’ve hurt them. We are equal individuals before God, neither slave nor master. I use both knees when I seek God’s forgiveness for my personal failings and seek guidance to do better. That gesture belongs to God.