Previous post
Manchin To White House: This Is Your Fault

Next post
Roundup Time: The Winter of the Left's Discontent 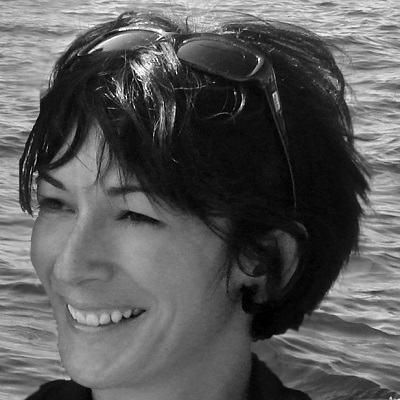 by Shelby Gallagher in Everything Else 3 Comments

Monday Ghislaine Maxwell federal jury received their instructions to deliberate her fate.  The federal jury will consider multiple charges of all manners and methods of sex trafficking minors. Her defense believes she’s being tried for Jeffrey Epstein’s crimes. The prosecution asserts Epstein needed Maxwell to groom victims and couldn’t have done it without her.

While we wish we could show some heated highlights from the courtroom, alas that is not allowed in a federal courtroom. We must be satisfied with the decades old practice of courtroom drawings combined with b-roll footage.

Ghislaine could pay a high price for her alleged crimes. She,

“…faces six counts involving four different accusers, and each count carries its own penalty, ranging from five years to 40 years.”

Does anyone really think she’ll get off in any way? Not really. In closing arguments Monday, her attorney made the point that since her accomplice and long-time partner, Jeffrey Epstein is dead, she’s his scapegoat. After all, Jeffrey is dead, so who else could be blamed for his unspeakable crimes.

“’We are not here to defend Jeffrey Epstein,’ said Maxwell attorney Laura Menninger… ’The government in this case has now pivoted because Epstein’s not here and they said, ‘Her too, her too.’”

Not so fast. Re-read that list of charges. She was not Jeffrey Epstein’s scapegoat. She was his partner in crime. I’d like to think that if he were alive and faced charges, she would still end up in the defendant’s seat just like she has been for three weeks.

Not hearing about this much in the mainstream news, eh? Let’s not forget, the mainstream media tried to throw President Trump under the Epstein/Maxwell bus because Trump partied with Epstein once in the 90’s.

Speaking of powerful people and mainstream media, Ghislaine’s defense did their darndest to keep the names of her clientele out of the courtroom. It didn’t work. A more detailed flight log of powerful people heading to Epstein’s island was entered into evidence. Yes, Donald Trump was on that list—along with his then wife, Marla Maples, and their daughter.

Who could forget that early on, it was revealed Prince Andrew made the trip as well. Problem was, he had a selfie taken with a minor victim and later “stepped down” from his royal duties.

Enough about lists of celebrities and flight logs. That is news mainstream media had a chance long ago to put that on a front page or make a lead story. Others agree.

Look at the mediocre media coverage the Ghislaine Maxwell trial has gotten compared to the Rittenhouse trial Maxwell is like a Pablo Escobar compared to Kyle Rittenhouse who would be like a small fish weed dealer in this whole entire ordeal what the hell is going on? #Coverup

It cannot be said that Jeffrey and Ghislaine’s relationship was a simple one. If you believe the prosecution’s closing arguments Monday,

“’Maxwell was a sophisticated predator who knew exactly what she was doing,’ Assistant U.S. Attorney Alison Moe told jurors in New York federal court on Monday…’She caused deep and lasting damage to young girls. It is time to hold her accountable…Epstein could not have done this alone,” Moe added…’When that man is accompanied by a posh, smiling, respectable, age-appropriate woman, that’s when everything starts to seem legitimate.’”

After two weeks, one would think more would be reported about the proceedings in Ghislaine’s trial. Others seem to agree. Something is a bit fishy.

Covering the wrap up of the Ghislaine Maxwell trial most continue to refer to her as a “socialite” and not a “sexual predator”.

Here is the sick crime Ghislaine Maxwell is accused of. The “sex trafficking of a minor” also entails she took part in the act.

The article here from the mirror in the UK states that Epstein had numerous photos of Maxwell as well as children as young as 6 years old nude on Epstein Island. #GhislaineMaxwell #Epstein #younggirls #epsteinisland #metoo https://t.co/wCVrUnItSy

When the jury comes back with verdict, no one will riot—and for that we are thankful. There will be no pink-vagina hat wearing women’s marches. No feminist groups will cheer, but they should. No one in Hollywood will speak out. Even if they did, the mainstream media won’t highlight the story. The fact that the jury deliberated late in the day Monday and not one mainstream media outlet has mentioned it as this is being written late in the night is a shame.

Justice has not been served. The social media outcry surrounding Jeffrey Epstein’s “suicide” begged for justice. When Ghislaine’s verdicts are read, there is a second chance at justice, yet the silence of those who have the chance to actually speak up is deafening.