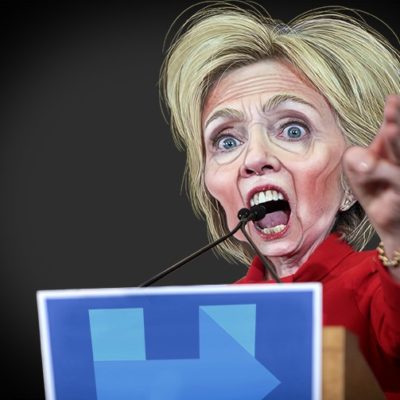 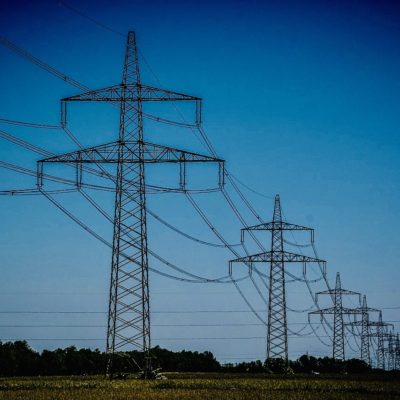 Next post
PR Disaster: PG&E Cuts Power To Millions To Save California From Wildfires 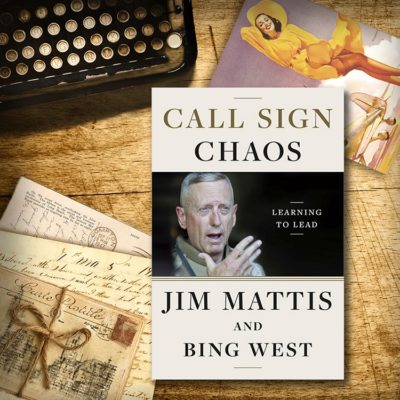 If you were hoping that former Defense Secretary Jim Mattis gets political in his new memoir “Call Sign Chaos: Learning to Lead” and that he would either condemn current and past administrations or play political games while armchair quarterbacking previous leadership decisions, you will be sorely disappointed.

If however, you are looking for a book that takes an honest look at past mistakes and provides solid, inspirational advice about how to become the most effective leader you can be, “Call Sign Chaos” is a must read.

In his look at his distinguished, intelligent, and courageous career, Mattis engages neither in backhanded swipes at former Commanders-in-Chief nor the current one, despite his rather spectacular departure from the Trump administration in December 2018. Instead, Mattis takes examines himself, exploring the mistakes he made, his experiences on the battlefield, the readings he has found most helpful as a human being and a leader, and the lessons he learned along the way.

What does Jim Mattis identify bare the three “Cs” that are crucial to leadership?

Competence – be brilliant in the basics. Don’t dabble at your job, you must master it. You must analyze yourself, identify your weaknesses, acknowledge your mistakes and learn from them.

Caring – to quote Teddy Roosevelt “nobody cares how much you know, until they know how much you care.” When your Marines know you care about them, you can speak bluntly when they disappoint you. This doesn’t just apply to Marines, but to every single person you lead. Show no favoritism, and get to know the people who work for you as individuals. They will not quit on you.

Conviction – this is harder and deeper than physical courage. Your peers are the first to know what you will stand for and, more important, what you won’t stand for. State your rules, and stick to them. As an officer you need to win a basic battle: for the hearts of your troops. Win their hearts, and they will win the battles.

These three Cs are basic and seemingly simple concepts that are crucial to leadership. But, as Secretary Mattis shows in his book, a leader’s decisions are many times difficult and heartbreaking.

Yes, you have to be willing to send your men to battle, knowing some of them will not return.

Yes, you must be willing to face grieving families and inform them that their child has been lost.

Yes, you must relieve officers of duty if you feel they have lost their mettle.

Yes, you have to follow orders, even if you know those orders are wrong and will result in tragedy.

Yes, you have to be mature enough to salute smartly, even when you disagree with a decision, and you have to make the best out of what you’re given.

You also must have the heart and the integrity to walk away when you no longer can do your job to the best of your ability.

Using every skill I had learned during my decades as a Marine, I did as well as I could for as long as I could. When my concrete solutions and strategic advice, especially keeping faith with our allies, no longer resonated, it was time to resign, despite the limitless joy I felt serving alongside our troops in defense of our Constitution.

Mattis doesn’t write bitterly. He doesn’t mention the current president or the disputes that ultimately led to his resignation. His disagreements with this President – and the last one, who fired him for repeatedly warning Barack Obama about the terrorism threat posed by both Iran and Sunni terrorists – were based on an objective examination of all the intelligence he had read.

Make no mistake, Mattis was, and continues to be a voracious reader. In his memoir, he continuously refers to reports provided to him by our intelligence officers (all unclassified – calm yourselves!) that helped inform his decisions for his men, for the mission at hand, and for our nation. Those views ultimately got him dismissed by Barack Obama, no doubt because Mattis’s hardline stance on Iran after Tehran’s plot to commit an act of terrorism on US soil was disrupted, did not comport with the Obama administration’s political agenda of ushering in a weak, ill-advised Joint Comprehensive Plan of Action (JCPOA) that perhaps slowed Iran’s march toward becoming a nuclear power, but also allowed it to continue supporting terrorism around the globe.

The Obama Administration knew that Mattis’s advice would have been to respond forcefully to what was ostensibly an act of war, and they did not even inform him of Iran’s plot, about which Mattis found out from a duty officer at CENTCOM.

“Had the bomb gone off, those in the restaurant and on the street would have been ripped apart, blood rushing down sewer drains. It would have been the worst attack on us since 9/11. I sensed that only Iran’s impression of America’s impotence could have led them to risk such an act within a couple of miles of the White House. …Absent one fundamental mistake — the terrorists had engaged an undercover DEA agent in an attempt to smuggle the bomb — the Iranians would have pulled off this devastating attack. Had that bomb exploded, it would have changed history.”

The toothless JCPOA seemed to be more important to the Obama administration than the fact that Iran had tried to commit an act of war against the United States, so Mattis went home. But once again, Jim Mattis does not badmouth Barack Obama for choosing political optics over national security. He also does not malign George W. Bush for the glaringly political and blind decisions he and his administration made in Iraq in 2004 that allowed the insurgency to flourish. “In 2004 we were facing an insurgency fueled by religion and supported by Sunnis who were thrown out of power by our invasion in 2003,” he writes. The Bush-era politicians either did not understand this, or they felt that their political goals trumped the completion of the mission, but once again, Jim Mattis did his duty as a Marine Corps officer.

Aside from that last resignation letter Secretary Mattis sent to Donald Trump, he does not discuss his time as Secretary of Defense.

And yes, there is a reading list! There are also copies of guidance and other correspondence he has written during his illustrious career, and throughout the memoir, Jim Mattis remains humble, introspective, and unpretentious.

He does not run away from his mistakes. The mistakes, he says, were part of his “tuition” and a necessary bridge to learning how to do things right. He examines his mistakes honestly, delving back into his vast knowledge of literature, history, and military tactics, and applying this insight to his continuing education.

This is the mark of a true leader – the refusal to stop learning and the love of country and mission – inspiring those around him to reach for the best inside themselves.