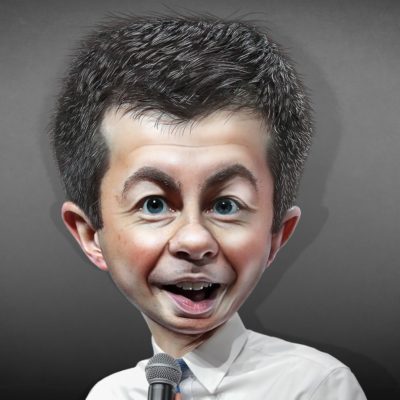 From The VG Bookshelf: Accidental Presidents

From The VG Bookshelf: Accidental Presidents 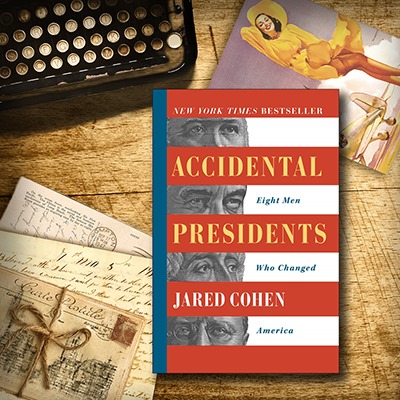 The office of vice-president wasn’t considered to be worth much to either the Founding Fathers or by the first nine presidents of the United States. That all changed when President William Henry Harrison became the first chief executive in American history to die in office.

In his book (now newly out in paperback) Accidental Presidents: Eight Men Who Changed America, author Jared Cohen looks at the vice presidents who became president because their predecessor died. Shockingly, it would not be until the 25th Amendment was adopted in 1967 that presidential succession was codified into the Constitution. By then, America had already seen the death of eight presidents, a few different Presidential Succession Acts that often switched up the line of succession, and chaotic moments where no one quite knew what was supposed to happen next.

Incredibly, when President Harrison died in 1841 after being president for only 30 days, Congress and the Harrison cabinet were thouroughly panicked. Cohen clearly conveys the sense of shock and “we have no idea what the Founders meant for us to do” that permeated the government, even mentioning that the last surviving Founding Father, James Madison, had died in 1836 – so there was no one left of that group to actually consult. We owe the concept of vice president being sworn in as president to the first man to live through this scenario, John Tyler. The Harrison cabinet, Whigs who had chosen a popular figure in Harrison that they thought would be easy to control, found themselves in a stand-off with Tyler. John Tyler insisted that he would not be “acting president,” he must take the oath of office and be sworn in AS president. Tyler won the argument and set the precedent of the vice president being sworn in as president when the president died. However, Tyler and the multiple presidents who came into the office after the death of the chief executive after him could have caused a massive succession crisis had any of them died in office (and many of them had ample opportunity to be killed) because the Constitution and Succession Acts of the time did not provide for the choosing and confirming of a new vice president. Call it luck or providence that protected the country from ever experiencing that level of chaos.

Many of these stories are so well known because the people involved were such colorful figures (Theodore Roosevelt), or because the decisions that had to be made were so incredibly immediate and consequential (Harry Truman), or because the event is still within living memory (Lyndon Johnson). However, I found the earlier stories of presidents Harrison and Tyler, Taylor and Fillmore, Lincoln and Johnson, and Garfield and Arthur so much more interesting because they aren’t as well known. These vice presidents who became presidents were often unprepared and horrified that the job of president had fallen to them. Chester Arthur in particular, who was happy in a do-nothing ceremonial role as vice president, was overwhelmed and distraught that he was nearly framed by Garfield’s assassin (who was, in modern vernacular, a mentally ill stalker) and could have ended up facing a lynch mob who suspected that he’d had a hand in Garfield’s death.

Cohen has very definite opinions on each man who died, and each man who succeeded to the office of the President. While he lauds Teddy Roosevelt and Truman as the most competent and successful of these eight men, even they don’t escape his scrutiny. Cohen, for example, describes how Franklin Delano Roosevelt was a dying man by 1944, and still decided, against all advice, to run for his fourth term. Democrat party bosses knew that if FDR did not step aside, there would be no chance of anyone else being the Democrat nominee. The party leadership, aware that they were “not nominating a vice president of the United States, but a president” (Chapter Seven, “That Damn Mule!,” page 282, hardcover) took steps to remove then-vice president Henry Wallace off the ticket, and get Truman into his place at the convention. Once Truman is vice president, Cohen calls him “irresponsible and shortsighted” for not getting himself educated about the state of the war effort and the intricacies of government from the Executive Branch, because it was obvious to everyone that FDR was rapidly declining (Chapter Eight, “Give ‘Em Hell, Harry!”, page 301, hardcover). That Truman is able to get up to speed in such a short period of time is commended, but Cohen has no trouble calling Truman out for his “apathy” up until that point.

Cohen isn’t shy in naming Andrew Johnson the greatest failure of these eight accidental presidents, but points out that on paper, Lincoln’s choice for vice president made perfect political sense. Johnson was the only southern senator to proclaim his loyalty to the Union and remain in the Senate. He became military governor of Tennessee. He hated the Confederacy and was willing to do or say anything to speed up its demise. The problem was that with no vision from Lincoln to guide Reconstruction after the assassination, Johnson became a different political animal, who now had the power over the southern slave-owning aristocracy that he had once railed against – and that he then began writing pardons for, ignoring previous promises to freed slaves. Johnson had always felt shunned by the rich southern slave owners, but he desperately wanted their acceptance.

The book is meant to be more of an overview of history, not a deep historical dive on each of the men involved. It is easily digested nonfiction, which in itself is an accomplishment, though it is very hard to contain such a charismatic force like Teddy Roosevelt to a single chapter. (There is one historical error in the book, which I hope got corrected in a second printing, when Cohen refers to Julia Gardiner Tyler, John Tyler’s second wife, as the youngest First Lady in American history at age 24. She was at the time, but that title would be claimed by Frances Folsom Cleveland, who was 21 when she married 49 year old Grover Cleveland, over fifty years after Julia Tyler’s short time as First Lady.)

Considering that Presidents’ Day is next Monday, this is a book worth picking up and reading, especially for the early chapters describing the political environments of 19th century America. We often jump mentally from Washington and the Founding Father presidents straight to Lincoln, and this book is a reminder that there was so much more happening in that period of time from early nation to Civil War – and how some of these presidents, accidental or not, contributed to the end result of a civil war. Cohen is an engaging storyteller, and though you may feel like the book only scratches the surface, it is entertaining. And for the curious mind, it definitely opens the door to more research and study about certain presidents.