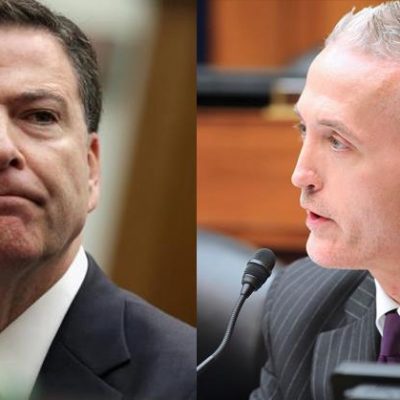 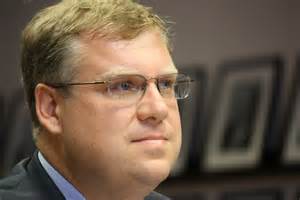 Next post
Former DOJ Attorney: Fix on Clinton Email Case Made by DOJ, Not FBI [VIDEO] 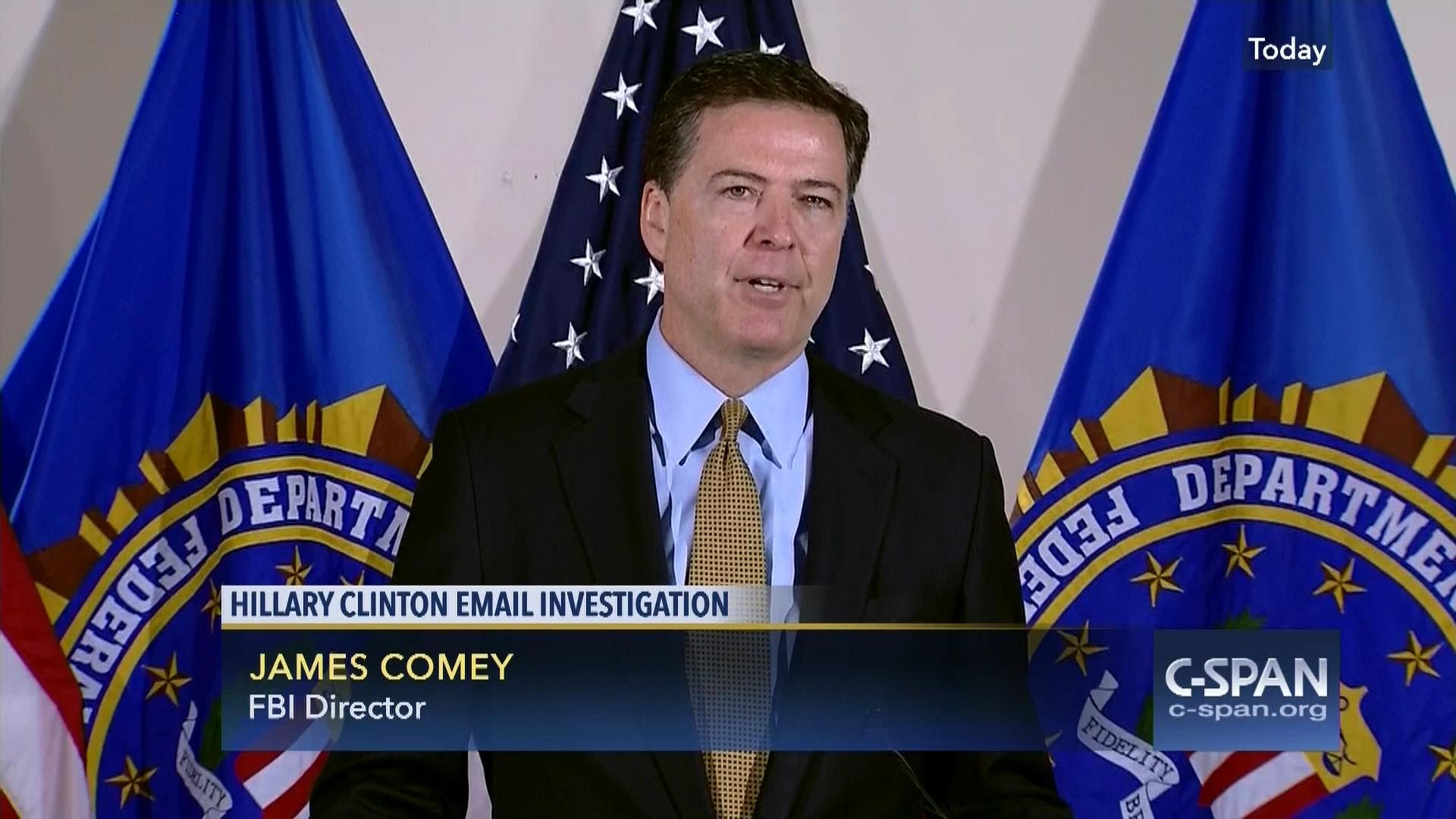 by Jenny Lee in Headlines 19 Comments

Not sure this is equally intriguing to the general public, but as a lawyer I was very interested in how FBI Director Comey interpreted the various statutes that might be applicable to Hillary Clinton’s mishandling of classified information. (Andrew McCarthy provides more information on the technicalities of this interpretation here). Today’s hearing provided some insight into the workings of the investigation and decision not to recommend charges against Clinton.

There are two felony statutes at issue: The first section of the statute that would be applicable requires intent, and the second applicable section only requires gross negligence. A violation of either of these sections could bring a fine or imprisonment for up to ten years. The citation is 18 U.S.C. § 793.

Section (d) of the applicable statute requires intent – indicated by the use of the word “willfully”:

(d) Whoever, lawfully having possession of, access to, control over, or being entrusted with any document, writing, code book, signal book, sketch, photograph, photographic negative, blueprint, plan, map, model, instrument, appliance, or note relating to the national defense, or information relating to the national defense which information the possessor has reason to believe could be used to the injury of the United States or to the advantage of any foreign nation, willfully communicates, delivers, transmits or causes to be communicated, delivered, or transmitted or attempts to communicate, deliver, transmit or cause to be communicated, delivered or transmitted the same to any person not entitled to receive it, or willfully retains the same and fails to deliver it on demand to the officer or employee of the United States entitled to receive it; or

The second section, section (f), uses gross negligence as the standard for culpability:

We have heard a lot about intent and how Comey could not, in his opinion, accumulate the necessary amount of evidence to feel comfortable to charge Clinton with a violation of section (d) above. This is the stuff that is so infuriating about lawyers – a lot of parsing of words and seemingly unsupported discounting of information. Most of us would agree that things like setting up this outside server, having only a personal email to use with both personal and official business, allowing uncleared people to review her emails (her lawyers) are just a few of the things we could point out to show clear knowledge and therefore intent.

Setting up the server shows clear intent to allow classified information into an unauthorized location (regardless of the reason she did it) because she intended to use it for official business. Using a personal email for state business shows she knowingly used an unsecured method to communicate what she knew or had to have known was classified information (any reasonable person would know that it was probable as Secretary of State you would be viewing classified information via electronic communications). We don’t really have to go any further – the destruction of emails is just gravy, the sworn testimony where Clinton lied is fuel for the fire, but the deed was done at the moment the server was set up. The whole operation started as an intentional act on the part of Clinton to remove her communications from the government system where she knew or should have known that classified information would be transmitted.

Why that is not enough for Comey to say intent is implicated, at a minimum, is beyond me. Additionally, this is usually something that the DOJ would decide, and further, it is a fact rightfully within the purview of a jury. Comey has the responsibility not to bring frivolous cases, but once evidence reaches a certain threshold law enforcement usually turns over these decision to the prosecutors. Despite the wealth of evidence showing intent, even if it is circumstantial which it almost always is, he couldn’t bring himself to let the people decide. He individually made the call that no reasonable person could find that Clinton intentionally mishandled classified information. Public opinion polls show a different story.

The only thing that makes sense to me is that he was using a much higher standard – something akin to looking for an open and shut case before he would recommend charges. Make no mistake, this potential charge IS a big deal. The presumptive Democratic nominee is at the center of the dispute, and a recommendation to charge WOULD almost certainly change the course of history. I think the bottom line is that Comey did not want to be the person to be responsible for the fall out of a decision like that. Since he acknowledged the egregious behavior of Clinton but fell short of official action, he probably felt like that was the best he could do without inserting himself into the political process. I disagree with his action because I think there is plenty of information to show intent, but that’s how I understand his decision. In some ways this could be viewed as honorable – he has such respect for the people that he doesn’t want to wrongly do something this big because of the immense implications it would have. Sadly, he wouldn’t have been wrong, and it would have been more honorable to show an unbreakable loyalty to the rule of law.

With regard to section (f) of the statute that uses only a gross negligence standard – the information was more interesting. Comey said that only one person in the last 99 years has ever been prosecuted under that section (he said the statute has been on the books since 1917). Further, that the DOJ has something of an unofficial policy that it will not prosecute under that section because the standard of gross negligence has constitutional implications. What he was saying was that the vagueness of a standard like gross negligence will violate due process – which requires that our criminal statutes be clear and unambiguous so that we are informed of the consequences of our actions. Comey indicated that the DOJ had concerns about the constitutionality of a duly enacted statute so it had unilaterally decided not to use it to prosecute. To my view, that concern is not properly raised by the DOJ – it is the purview of a defendant to challenge the law, or for Congress itself to revise the law. The DOJ should not be in the business of interpretation – it should be about enforcement. But as has been made very clear over the last several years, our ideals of separation of powers aren’t even close to being respected. Therefore, the fact that Comey called Clinton’s behavior extremely careless (which sounds a lot like gross negligence to nearly everyone) doesn’t matter at all because the applicable statute that only requires gross negligence will not be enforced, will in fact NEVER be enforced.

So there you have it – Comey won’t recommend charges under 18 U.S.C. § 793(d) because the evidence of intent, in his opinion, did not rise to the level where he was comfortable to charge. And second, Comey won’t recommend charges under 18 U.S.C. § 793(f) that only requires gross negligence because as a general principle the DOJ just simply doesn’t use the statute, ever. So, laws on the books are completely useless because somebody a long time ago decided not to use them, the people working today have no desire to review those decisions, and James Comey has no interest in setting a precedent that could change the course of history. 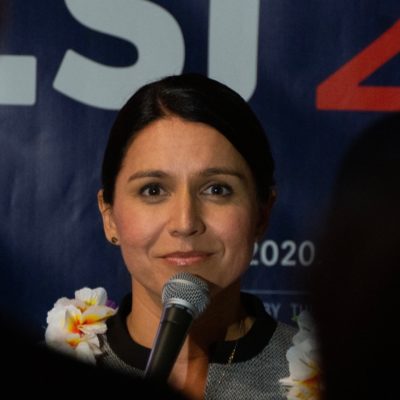 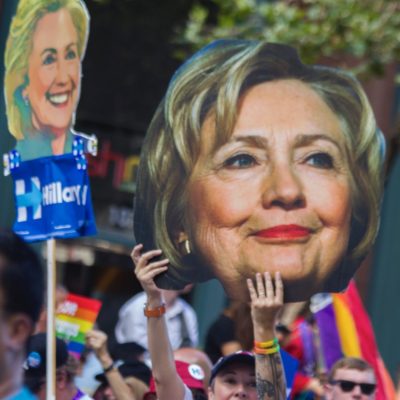