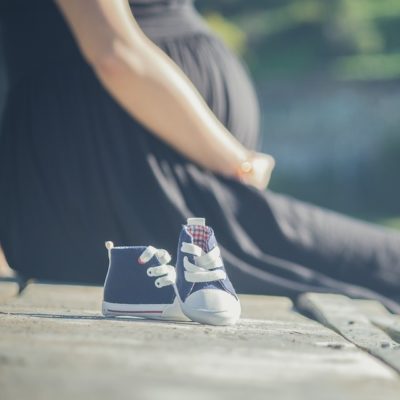 Next post
The Guardian vs. Michelle Obama On Motherhood 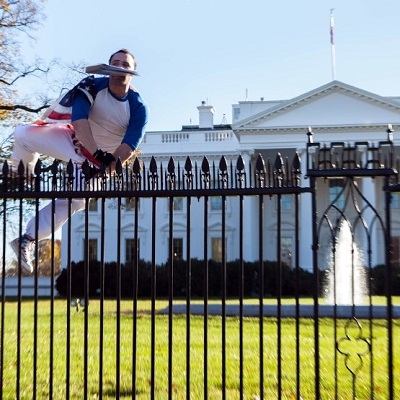 by Marta Hernandez in media 11 Comments

At least that’s what the frothing-at-the-mouth news media and outraged parents would have you believe. “White House Turns Away Foreign Students on Tour With Class,” screamed headlines in the New York Post, with the story picked up verbatim by the Daily Fail, and others. I realize that expecting the news media to be objective when it comes to this President is like expecting a freebie from a hooker, but really? This?

What transpired on November 15th was a massive FAIL on the part of the school administrators and parents – not EEEEEEVIL Trump or the EEEEEEvil Trump Secret Service.

A group of seventh-graders from Henry Hudson Regional School in Highlands braved a snowstorm on Nov. 15 for a long-awaited bus trip to Washington DC.

The bad weather and treacherous road conditions added hours to the drive and left no time for anything but their visit to 1600 Pennsylvania Ave. Even lunch on the White House lawn was canceled.

But the snafus didn’t stop there. Months in advance, the school had to send the White House visitors office a list of all students and adults expected to take the tour.

After making it through an initial checkpoint, Secret Service agents stopped three Henry Hudson students who didn’t have their passports or other identification required for non-US citizens.

Note the following in this report:

– Students “braved” a snowstorm (in a bus – probably a heated one). They did so in treacherous conditions – oh such heroes (as a parent, I would have questioned the wisdom of not rescheduling the trip, given the road hazards, but OK – beside the point).

– It was a “long-awaited” trip to Washington DC, because we must whip up sympathy for these kids.

– A longtime security policy at the White House is now portrayed as a “snafu” without explaining whose screw-up it really was.

– Secret Service officers are portrayed as anti-immigrant for doing their job.

Guess what, critters! That’s not how any of this works, and no matter how hard you try to paint Trump, his Administration, and the officers who are tasked with protecting the President and his family, as evil anti-immigrant ogres, the facts don’t support your bias.

Having worked in close proximity to the White House, and having briefed in its situation rooms, as well as the Old Executive, I can tell you that every last visitor must present identification. I was a government employee with a clearance, and yet, I still wouldn’t step foot into the White House without proper ID.

This is not an anti-immigrant thing. It’s a security thing. The requirements are plainly listed on the White House website. All these school administrators and parents had to do was click, read, and ensure they complied with the regulations.

But apparently that was too much to ask.

The Post buries the details inside the story – details that make it clear that the “snafu” was the responsibility of the idiot school administrators and the imbecile parents who decided their special snowflakes should just be allowed inside one of the most secure locations in the United States, where the leader of the free world resides, without ID. “They are here on visas, but they didn’t bring any of that stuff,” according to one dad. “They didn’t have any ID on them.”

Henry Hudson administrators apparently did not verify that all students had the right ID before hitting the road, parents told The Post. [emphasis mine]

When the Secret Service denied entry to the three kids, Principal Lenore Kingsmore stayed outside with them, said school board member Karen Horner.

“She was very upset. She was probably more upset than they were,” Horner said.

I bet she was upset! It’s the Secret Service’s job to secure the White House, the grounds around it, and those inside. I remember having to “shelter in place” more than once while Secret Service Uniformed Division officers ran around with firearms to ensure the complex was safe. There were numerous times when random nutjobs attempted to climb the White House fence, with one getting stuck on the fence and hanging by her shoelaces. There was that time Jesse Olivieri decided it would be a great idea to just barrel toward Secret Service officers outside the White House carrying a handgun.

Incidents happen near the White House several times per month, ranging from random crackpots climbing the fence to suspicious packages left near the complex – an area with massive amounts of foot traffic, where thousands of people could sustain injuries or worse.

And although a few 12-13 year olds are most likely not going to be a security problem, the Secret Service has a job to do, and they did it without prejudice.

But that didn’t stop the outrage!

“It’s disgusting. You don’t do that to children,” said another.

Disgusting? I realize these people are from New Jersey, and are therefore probably not big fans of the President, but the rules for visiting the White House have not changed, as I can attest from working under previous administrations, so these parents’ outrage is misdirected. One student claims her classmates simply didn’t know they had to bring their passports, and that’s the fault of school administrators and not the hardworking Secret Service officers who do their jobs with efficient professionalism, no matter who is in the White House.

And although the Post spends a lot of time lionizing and deifying the poor students and their “heroic” principal who huddled in the cold with them while the others – whose parents bothered to read the regulations – took a quick tour and gives a significant amount of space to the ensuing outrage, it buries the one sentence about who should bear the responsibility for this “snafu” in the middle of their story.

This is subtle, more insidious media bias that I consider to be just as dangerous as what many will call “fake news.” Spin, words meant to incite certain emotions, buried critical information – all these tactics contribute to the public’s distrust of the media.

Media bias is nothing new. I’ve written about it before and so have other Victory Girls, and it’s existed for centuries.

But while we vilify outlets like CNN and MSNBC for their open hostility to this President and his administration, we tend to gloss over shrewd, more devious forms of bias that permeate media reporting on all sides of the political aisle – hell, we sometimes seek out “news” from a conservative point of view, instead of seeking out facts!

It’s time we started demanding more from the Fourth Estate.