Doing the assaulting that Americans won’t do 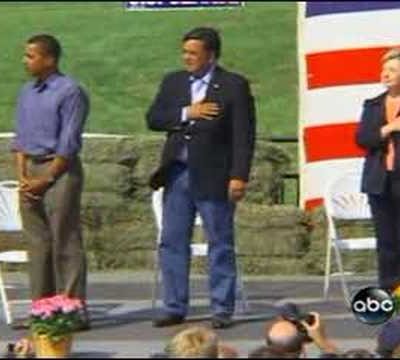 Doing the assaulting that Americans won’t do

Here’s a story about the kinds of contributions we can increasingly look forward to as more and more illegal immigrants flood our porous borders:

A Lake County Sheriff’s Deputy is recovering after being ambushed while making an arrest. Investigators say Lake County Deputy Cliff McMikeenamy responded to a noise complaint near Long Acres Road in Sorento Sunday evening. While on scene, the deputy said an unknown suspect threw a beer bottle at his patrol car. McMikeenamy chased the suspect down and attempted to subdue him with a taser gun but before the deputy could secure the man, about a dozen other men attacked the deputy. “As he was securing the subject with his handcuffs, several other people here at the residence began attacking him. They struck him repeatedly, began kicking him, and his injuries lead us to believe that one subject even struck him over the head with a beer bottle,” said Sergeant John Herrell from the Lake County Sheriff’s Office. Deputy McMikeenamy was transported to a Florida Hospital Waterman in Eustis and treated for cuts and bruises. At least two men were taken into custody. Authorities say the two who were apprehended have been identified as illegal immigrants.

And before anyone gives me that crap about how all illegal immigrants aren’t criminals, and it isn’t fair to paint them with this kind of broad brush, stuff it. The very act of coming here illegally is breaking the law; remember that as the MSM starts canonizing illegal immigrants for sainthood.

And it is, after all, a little bit interesting how much crime seems to increase in areas with high populations of illegal immigrants.