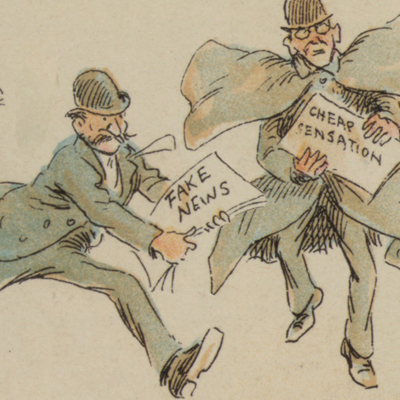 By now you’ve heard the story of little Cannon Hinnant, the five-year-old whose neighbor allegedly gunned him down, execution style. Police in Wilson, North Carolina, arrested the neighbor, 25-year-old Darrius Sessoms. Conservative social media became angry when national media didn’t seize on the story as they did for George Floyd; after all, they reasoned, it’s because Sessoms is black, and little Cannon was white.

Neither the police nor Cannon’s family have said that race played a factor in the shooting. In fact, the night before the shooting, Cannon’s father, Austin Hinnant, reported that he was grilling chicken outside when he saw Sessoms sitting in his car. Hinnant invited him over for chicken and beer.

“The Lord says to love your neighbor. I was trying to do something nice.”

The following day Darrius Sessoms allegedly shot Cannon Hinnant in the head while the little boy was riding his bike. Paramedics arrived and rushed Cannon to the hospital, where he died.

Hinnant also said that Sessoms had been a neighbor for eight years, and there was no bad blood between them.

“There wasn’t anything between me and him, any bad blood whatsoever, for him to have a reason to do this.”

Darrius Sessoms now sits in jail, charged with first-degree murder and denied bond. Police in Wilson still have not released a motive for the shooting. Both of Cannon’s parents want the death penalty for Sessoms.

But police have another problem on their hands: social media pushing fake news about the shooting of Cannon Hinnant. It’s a Facebook post that was doctored to look like a press release from the Wilson Police Department. But the fake “release” contains lots of misspellings and typos — stuff you wouldn’t see in an official release.

The “release” reads, in part:

“Just to be clear, we did NOT find any evidence to back the version of events the family has been claiming. The parents of Cannon claimed their son had been shot at random for riding his bike into the neighbor’s yard. This is not an accurate [sic].”

“The version of events the suspect gave the police after his arrest was that Cannon’s father had invited him over over [sic] earlier in the day to do drugs.

“They later got into an altercation after getting high. Darrius claims that he struck Cannon by accident via a stray bullet while aiming for the child’s father, Austin Hinnant.”

The “release” also claims that the NC Attorney General Josh Stein has ordered an investigation of Cannon’s parents. 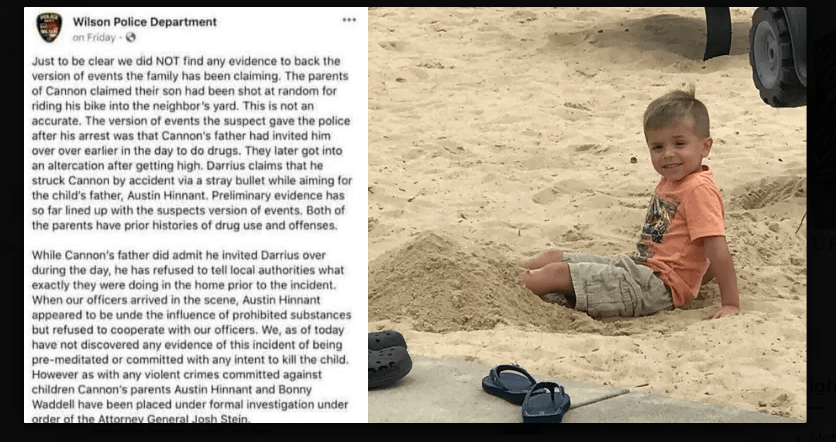 I don’t know what happened, not does anyone reading my words. A neighbor claims to have witnessed the shooting from her window, stating that she saw Darrius Sessoms put a gun to little Cannon’s head. She called 911 when she saw how Cannon’s father reacted.

It’s also true that Darrius Sessoms has a rap sheet, having served time for drug and felony firearm charges.

But there’s something about Austin Hinnant’s account that doesn’t smell right to me, either. Perhaps there was something between him and Sessoms that he hasn’t told the police. Or, perhaps the police know far more about Hinnant than they’re telling the public. The truth will come out, sooner or later.

The shooting of Cannon Hinnant was an intentional, evil act. But what’s also evil are social media actors who put forth fabricated lies to bolster a narrative without regard for a grieving family.