Next post
MLB Shenanigans Are Not Biden's Doing, Psaki Says 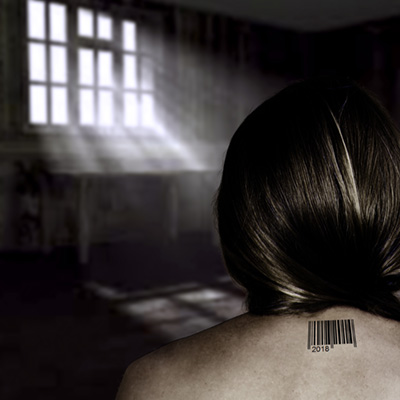 The Democrat bantam potentates of southern California are eagerly tossing citizens aside in their rush to support the quackery of the Biden Administration’s “immigration policy”. Human trafficking is no concern when there are new Democrat voters to manufacture.

San Diego Mayor Todd Gloria, County Supervisor Nathan Fletcher, and Health and Human Services Secretary Xavier Becerra, all Democrats, worked out a plan to bring 1,450 minor girls to the San Diego Convention Center as a way to ease conditions in Texas. More than 500 girls are now on-site, with the rest to arrive shortly. And 70 brought COVID-19 with them. (snip)

no City Council meetings were held to get public input, and the property would likely still be housing the homeless if Joe Biden hadn’t created a border crisis, critics charge.

The homeless population in California has been little more than a political tool for Democrats for a long time. California has 27% of the nation’s homeless and the population only makes the papers when an (R) President is in the White House. It doesn’t seem to matter it is the policies of the one-party progressives who run this state that exacerbate the issue, not solving it keeps Dems in office. Which is one of the reasons for the whiplash inducing pivot to toss the homeless aside to provide for all the needs of illegal migrants.

Not to mention that ignoring the homeless population, which contains a significant percentage of the mentally ill, results in real harm to law-abiding citizens.

A suspect was arrested in the fatal stabbing of a woman who was walking her two dogs in the La Sierra neighborhood of Riverside Saturday morning, officials said. (snip)

Police were able to locate and detain the woman who they later identified as Darlene Stephanie Montoya, a 23-year-old transient from Monterey Park, officials said in a news release. (snip)

Montoya is being held without bail, police said, adding that she had been arrested by Riverside officers earlier in the week after she had attacked a woman with a skateboard on Tyler Avenue near the 91 Freeway overpass.

Officers said the earlier incident occurred on Tuesday, and police had arrested and booked Montoya into jail for assault with a deadly weapon. However, due to the current emergency bail schedule during the COVID-19 pandemic, police she was released on a “Notice to Appear” citation.

Biden opened the borders to this invasion and Mexican cartels have been eager to jump in.

‘The cartels have realized that under Biden there is serious money to be made from people trafficking without any of the distribution issues you face with narcotics. People are the new dope.’

And when you realize that these thousands of unaccompanied migrant girls are 13-17 years old, it becomes clear that the lines they repeat about “I’m fleeing from violence” are all coached and when released to families* or sponsors, these migrant girls are most likely destined to be trafficked into prostitution to pay off the fees owed to the cartels for getting them here.

That reality just doesn’t seem to matter to the San Diego Democrats who look to illegal migrants as little more than Democrat voter cattle.

Limited reporting suggests that some 87 percent of all immigrants caught in family units during that time were not returned to Mexico, according to an Axios report based on leaked CBP data showing that only 13 percent were returned during one week in March.

If, say, 87 percent are not returned, then the number of illegal entrants bused around the United States during these months would come to about 34,000.

Leftists try to wax humanitarian when it comes to open borders, but it is all Kabuki theater. It is about taking down the United States as a sovereign nation. Citizens no longer matter — certainly the teachers who have fought tooth-and-nail NOT to return to in-person teaching for Americans but have eagerly volunteered to in-person teaching of these trafficked migrant girls have shown their true priorities.

The Biden administration keeps insisting this is not a migrant crisis. Maybe they are being honest … that this invasion was ever in their plans, comrade.