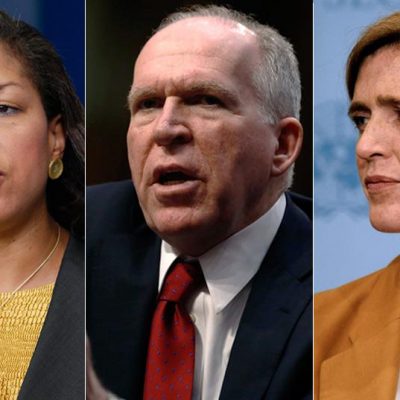 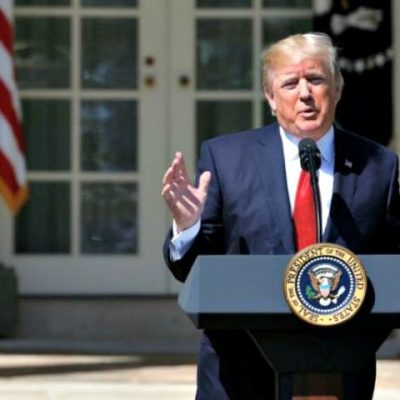 Next post
#ParisAgreement: President Trump Was Right To Withdraw U.S. From This Flawed Treaty [VIDEO] 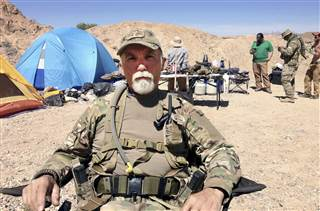 I am sure you remember the Bundy ranch and the folks who stood around at Guns and Cammo camp to save the ranch from the evil government, right? Well unlike the mess in Orgeon, the US Attorney’s office did their homework in Nevada and got their first conviction. The Las Vegas Review Journal reported that Gerald DeLemus received a sentence of 87 months in prison (7 years) here:

A New Hampshire man who, in 2014, gathered his guns and drove across the country to join rancher Cliven Bundy’s armed stand against federal authorities was sentenced Wednesday to 87 months in prison. Gerald DeLemus, a former Marine sergeant who co-chaired his state’s Veterans for Trump campaign, told the court in a tearful, 10-minute statement that no matter how long a sentence he received, he would do it all over again. “But I would leave my guns at home,” he said.

The article continues and explains the reason for the sentence and arguments against what he did and how he did it:

In April 2014, DeLemus piled his guns and several people into his truck and headed thousands of miles west to the Bundy family ranch, which is adjacent to public land where federal agents were impounding Bundy’s cattle.

Because that is a reasonable response to internet chatter?  Not so much.  Then he arrived and things went bad for him fast.

DeLemus did not arrive until after the standoff that resulted in authorities abandoning the cattle roundup and leaving Bunkerville. But he stayed at the ranch for a month after the incident to provide security and oversee an armed patrol of the area in case law enforcement personnel returned.

DeLemus arrived at the Bundy ranch hours after the tense armed standoff that led to the release of the rancher’s cattle and was hailed as a victory in a decades-long fight over government-owned land. He then spent more than a month in an encampment organizing armed patrols and serving as an intermediary between a self-styled militia and local authorities. He had been expected to get a six-year sentence after pleading guilty last August to conspiracy to commit an offense against the U.S. and interstate travel in aid of extortion.

Militia vs the cops. Yeah that would be a bad idea.

But Chief U.S. District Judge Gloria Navarro in Las Vegas added time after faulting DeLemus for trying to withdraw his pleas. She said she didn’t think he accepted responsibility for his actions. “I have to say, Mr. DeLemus, that you unfortunately are blinded by the information you choose to believe,” she said. Instead of advising Bundy to abide by court orders to pay 20 years of overdue grazing fees or let agents round up his cattle from public land, Navarro said DeLemus became “a bully vigilante, threatening peacekeepers of the community.” “I never heard you say you told Mr. Bundy … to follow the law,” she said.

Twenty years overdue grazing fees. It might have been wiser to raise the money to pay the fines but that is just me.

DeLemus told the judge that he traveled cross-country with weapons because he’d heard that government snipers surrounded the Bundy home. He said he was willing to “take a bullet” to protect the family.

He heard there were snipers? What happened to verifying information?

“My concern was that someone would get hurt,” he said, choking back tears. “It wasn’t the cows. I didn’t want that family injured. God will know in the end.”

He must be reading a different set of Scriptures than I am.  I looked and nothing says “thou shalt drive across the country with guns and form a militia.”

DeLemus said he never would have shot at law enforcement. He cast himself as a martyr to his Christian beliefs and cited a biblical passage that there is no greater love than to lay down one’s life for one’s friends.

“I may not have given it out there,” he said of the standoff near Bunkerville, about 80 miles northeast of Las Vegas. “I’m giving it now, in jail.”

No, you are not giving your life for the Bundy family. You are hurting your family by being in jail and costing them money for the defense attorney, travel and restitution. Not to mention lots of time traveling to whatever prison you are sent to. You also did not help your party or President Trump (you were a delegate and could not go to the GOP convention because you were locked up).

Please be realistic guys: the Bundy ranch standoff was a bad idea. You made a big mistake and need to own it and keep moving.  And to the media, dragging President Trump into this fiasco is a stretch.   Lesson for all of us: the 48 hour rule is a good one to live by? 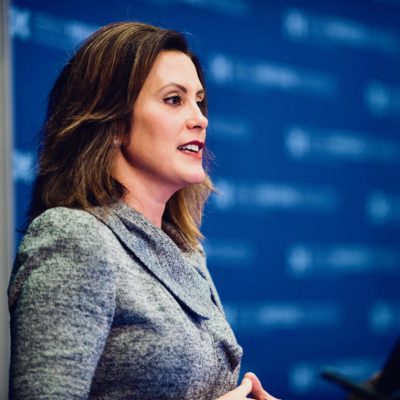