Next post
Roundup Time: More Lefty Screams About Teh Fascist 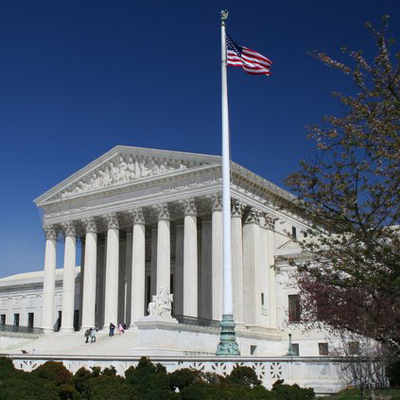 Joe Biden has put himself in another pickle.  I’ve given up trying to make heads or tails of his reasoning.  Most days I’m pretty sure he has none.  That said, there are multiple reports that he made a deal with the devil a.k.a. Rep. James Clyburn, to become the Democrat candidate for President.  That deal was a promise to nominate a black woman to the Supreme Court, should the opportunity arise.  I was among the many who were sanctimoniously decrying this promise as unconstitutional.   Turns out I was wrong.  The President has plenary power to pick whomever he damn well wants for certain positions, including for the Supreme Court.  He, theoretically, could have said he intended to pick a 30-year-old, brown, Hispanic Muslim male from Guatemala, who preferably, won’t get pregnant.  That’s right.  There are no EEOC rules for this gig.  In fact, you don’t even have to be a lawyer.  You must, however, make it through the gauntlet of a Senate confirmation.  That’s where Biden’s Supreme Court nomination puts him between a rock and a hard place.  So many coalitions; too few options.  Washington Post’s already messaging that Union leaders aren’t happy with door number 1: Judge J. Michelle Childs.

I don’t know anything about Judge Childs beyond what has been written over the last few days.  I certainly know she’s black and a woman.  So, she’s got those two check boxes filled.   But because she was a partner within a law firm that provided legal defense for employers against worker’s claims, union leaders want Biden to take a hard pass on her.  According to the Washington Post piece:

“The labor leaders for now are mostly expressing their concerns in quiet back channels, but that could soon change. “She comes from an anti-union law firm where she spent time defending employers from claims of civil rights and labor law violations,” David Borer, general counsel of the American Federation of Government Employees, said in an interview. “That’s not what we need.”

What about that devilish deal Biden made with James Clyburn?  Turns out that Ms. Childs is his favorite pet.  How much deference does old Joe need to give to his kingmaker?  Now that Biden’s been installed as the Presidential Puppet, does he kick Clyburn in the cojónes?

I don’t know how much The Young Turks represents Biden’s younger base, but they aren’t happy with a Judge Childs nomination either.

Then, of course, there’s that much vaunted Association of Flight Attendants (sarc) that Biden must take into consideration.

“Sara Nelson, president of the Association of Flight Attendants, said she enthusiastically backs Biden’s promise to choose the first Black woman for the Supreme Court because “it’s past time and Black women are amazing” — but that it should not be Childs.”

Black women are amazing!!??  Like, OMG, I bet Sara was in a sorority.  The fact that she said this publicly tells me she is a guilty white liberal.  Now, I admit that I used to say that no one knows how to dress as a big girl better than a black woman.  That was just an observational fact based on my many years in Atlanta.  And as a former big girl myself, I took my cues from the masters.  But I have to wonder how Sara defines “amazing” to pin that label specifically on this group.

I’m sure that Sen. Lindsay Graham’s and Tim Scott’s endorsements already sullies Judge Childs’ nomination.  On Face the Nation, Graham went all out:

I agree with our own Darleen Click, when she suggests we should not play into the Dems desire to have a showdown over this judicial nomination.  We know she’s going to be further left than we, as conservatives, want.  But Breyer was already a liberal justice, so the deck remains unchanged.

What I think poses a more interesting question is how Senator Ben Ray Luján’s stroke will play into this whole sideshow.  Unlike the House members, who voted to allow voting by proxy or Zoom, the Senate chose to continue in-person voting to be mandatory.  How long will he be out of commission?  How might his potential absence affect Biden’s nomination?  As the New York times reminded us:

“Mr. Luján’s office did not say how long he might be out, but with Senate Democrats’ fragile 50-50 majority, a prolonged absence from a member who caucuses with Democrats is likely to imperil, or at least delay, Democratic legislation or presidential appointments that come to the Senate floor without Republican support.”

As we get closer and closer to November, what optics will Biden’s handlers choose for him?  We know he cannot make those decisions by himself.  He might get in trouble.  Think about it.  He’s told us over and over that he will get in trouble just answering reporter’s questions.  Does anyone think he’ll be allowed to choose his own nominee to the Supreme Court?