Next post
Chants of "Hail Obama!" at Michelle Obama Rally?

The facts that come out about Benghazi on a daily basis just continue to get worse, if that’s possible. Last night, we were watching Greta Van Susteren when she had Rep. Jason Chaffetz (R-UT) on her show. He was completely fired up and told a compelling story of how Ambassador Chris Stevens called for help when the consulate came under attack on September 11, 2012. Apparently, the Ambassador made repeated calls to the Deputy Chief of Mission Gregory Hicks in Tripoli.

This video is from Gateway Pundit and it is chilling:


Unbelievable! Can you wrap your head around the fact that DURING the Benghazi attack, Ambassador Stevens himself called for help and none came? Our military had resources in the area, but the military did not deploy any assets to secure U.S. personnel and property during the 7 hours the consulate and the annex were under attack. Why is that?

Yet, a few days ago, a Denver reporter pressed Barack Obama on his response to the attack on the Benghazi consulate and Barack Obama said this:


Did you hear what Barack Obama said?

“I gave three very clear directives. Number one, make sure that we are securing our personnel and doing whatever we need to.”

No. He’s such a liar. In spite of all the assets in the area, there is no proof that Barack Obama ever ordered the military to secure the consulate. The US military did not deploy any assets to secure U.S. personnel in Benghazi during the seven hours the consulate and the annex were under attack. And think about Barack Obama’s own behavior in the days following Benghazi: he seems far too calm and collected for a POTUS who gave such crisis orders that “were not obeyed” by his military; leaving 4 dead Americans at his feet!

The disconnects here are staggering. Are we to believe now that Obama issued a clear directive instructing that all possible means be employed by his National Security Council to secure our personnel? Such a directive would constitute an “Execute Order”, an official mandate that would carry the inviolate authority of our nation’s commander-in-chief.

Where is that document? Let’s see it.

Also, based on this damning interview, Barack Obama’s bluff is being called by the House Armed Services Committee who has sent a letter to the White House demanding proof that the military was indeed called up to secure the Benghazi consulate.

You can read the whole letter sent by the Committee Chairman, Howard P. “Buck” McKeon, here. The letter by Rep. McKeon is epic with my favorite part being this:

Therefore, could you please clarify:

To whom did you issue this first directive and how was this directive communicated to the military and other agencies – verbally or in writing?

At any time on September 11, 2012, did you specifically direct the military to move available assets into Libya to ensure the safety of U.S. personnel in Benghazi? If so, which assets did you order to Libya?

At any time on September 11, 2012, other than ISR assets, did you provide the authority for the military to take any and all necessary measures to secure U.S. personnel, including specifically the authority to enter Libyan airspace?

Did you have any communication with the Secretary of Defense, the Chairman of the Joint Chiefs of Staff, or any Commanders of regional Combatant Commands regarding military support to U.S. personnel in Benghazi on September 11th? If so, could you please describe any recommendations provided to you regarding available military support and any orders you gave to them?”

Yes, apparently Barack Obama is trying to run out the clock on Benghazi until after the election but the truth about what happened during those 7 horrific hours will eventually come out. 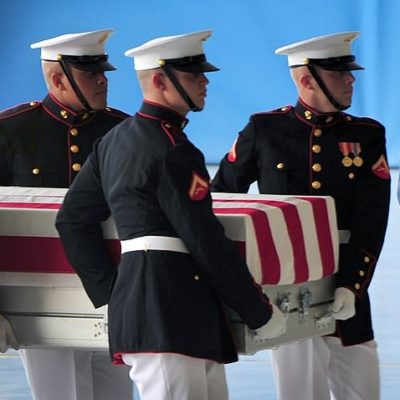