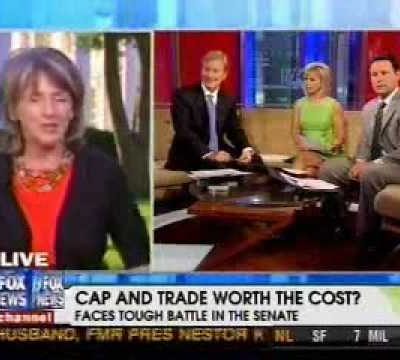 Another video in the Mona Lisa project unveiled

Another video in the Mona Lisa project unveiled

A Planned Parenthood counselor in Birmingham was caught on hidden camera telling an alleged 14-year-old statutory rape victim that the clinic “does sometimes bend the rules a little bit” rather than report sexual abuse to state authorities. This is the seventh Planned Parenthood clinic implicated in a multi-state child abuse scandal involving the deliberate and unlawful suppression of evidence of statutory rape.

Lila Rose, 20-year-old UCLA student and Live Action president, went undercover at a Planned Parenthood clinic in Birmingham and told a counselor that she was 14-years-old, pregnant by her 31-year-old “boyfriend,” and needed a secret abortion so her parents would not find out about her sexual relationship with the older man.

After telling the counselor that her “boyfriend” is 31, Rose asks, “Is it a problem about my boyfriend?” The counselor, identified as “Tanisha” in the video, responds, “As long as you consented to having sex with him, there’s nothing we can truly do about that.” Rose then says that her boyfriend “said he could get in big trouble,” and Tanisha acknowledges that “he could, especially if your parents find out that he’s 31.” She then tells Rose that the clinic manager, OB/GYN Dr. Desiree Bates, “sometimes does bend the rules a little bit” and states that “whatever you tell us stays within these walls” and “we can’t disclose any information to anybody.”

“The law is explicit about a healthcare provider’s duty to report, yet Planned Parenthood pretends they cannot say anything,” Rose notes of the investigation. “Planned Parenthood increases its business and influence by circumventing state reporting laws, but inflicts terrible harm upon the vulnerable young girls sent back to statutory rapists.”

In the video, Tanisha also seems to tell Rose that a signature from an “older sister that’s over the age of 18” or someone “with the same last name” could function as a substitute for parental consent so Planned Parenthood could perform an abortion on a minor. Alabama Code 26-21-3 specifies that the written permission of either a parent or legal guardian is necessary before a minor may obtain an abortion.

The new video is sixth in Live Action’s “Mona Lisa Project,” a nationwide undercover investigation that documents Planned Parenthood’s repeated noncompliance with state mandatory reporting laws for sexual abuse of minors. Alabama is the fourth state to be implicated in the controversy, along with Arizona, Indiana, and Tennessee. Recently, the investigation of a clinic in Memphis, TN assisted state legislators in their effort to successfully divert nearly $1 million in taxpayer subsidies from Planned Parenthood to law-abiding local health clinics.

“When to ‘bend the rules a little’ means hiding a case of statutory rape from Child Protective Services and looking for ways around the parental consent requirement, Planned Parenthood becomes directly responsible for ensuring that statutory rapists can continue their abuse of young girls,” Rose says.

This is yet another incident in yet another Planned Parenthood where the abuse of a minor child by an adult is not being reported. What I would really love to know is just how many young girls are exploited by older men and go to Planned Parenthood, without having their abuses reported to the police as the law requires. Yes, Lila Rose and Jackie Stollar are just pretending. But how many girls walk into a Planned Parenthood clinic that have found themselves in a similar situation to the one that Lila Rose describes, and their abuse never sees the light of day? Is the money made from performing abortions really so lucrative that it is worth covering up the abuse of a young girl?

This is a nationwide issue. There’s no getting around that anymore. This has happened in multiple Planned Parenthood clinics in cities across the country, again and again and again. And Planned Parenthood is a taxpayer funded organization. Unfortunately, with our abortion-loving president, it’s unlikely that any federal investigation will take place. All the same, each state that has seen videos from Lila Rose’s Mona Lisa Project target Planned Parenthood’s in their state should be undergoing investigations. This kind of criminal activity should not be allowed to continue.

For you pro-abortion people out there: is “the right to choose” really so important that you’ll defend an organization that has been caught repeatedly covering up the sexual abuse of children?