Previous post
Guilt Served Up On Thanksgiving Plates This Year 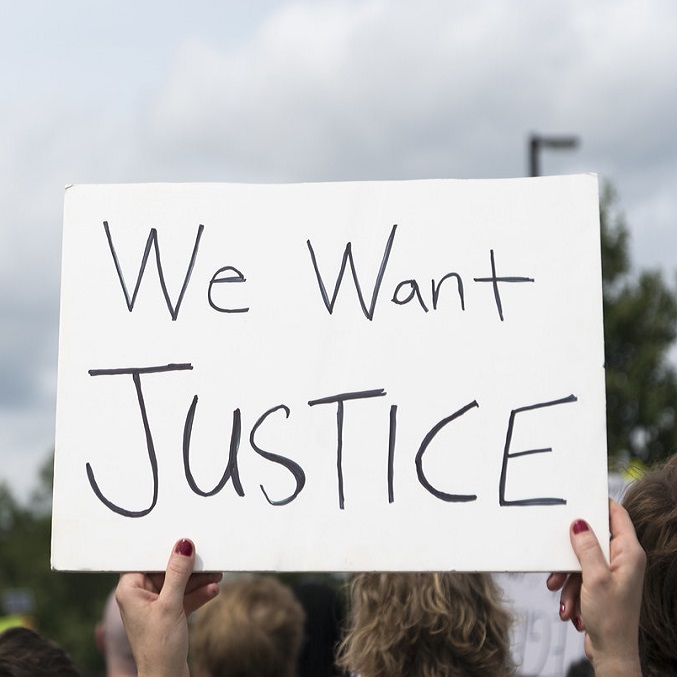 I am just so over the whole notion of EVERY.SINGLE.THING. being debated through the lens of race.  Oh my God!  It just demeans the real instances of covert and overt racism and makes it that much harder to engage in meaningful discussion about the matter.  As I struggled to get thru the hyperbolic tripe of the Associated Press article by Noreen Nasir, Sudhun Thanawala and Adam Geller all I could think was that it must be awful to spend your life viewing people in pure dichotomies.  I watched much of the Rittenhouse trial and missed almost all of the Arbery case, but I feel more confidence in our justice system from the outcomes of both.  There is little to tie these two cases together, despite this trio of “journalists” attempts to persuade us to the contrary.

Let’s just start with the first paragraph, shall we?  Standing out first thing is the lower case “w” in white and the upper case “B” for Black.  I know it’s supposedly a “thing” now, but it is just one more way to divide us.  Pick one!  Upper case, lower case.  I don’t give a damn.  But we are equal.

“The trials of Kyle Rittenhouse and three men accused of killing Ahmaud Arbery had vastly different outcomes. But coming just days apart, they laid bare a dangerous and long-running current in the fight for racial equality: The move by some white Americans to grab guns and take their own stand against perceptions of lawlessness, particularly by Black people.”

Next, let’s take apart the that last sentence, “The move by some white Americans to grab guns and take their own stand against perceptions of lawlessness, particularly by Black people.”  Ummm…  “Perceptions of lawlessness???”  You can dislike the law, and clearly they do, but it is what it is.  Burning buildings, cars, and dumpsters are NOT legal.  Period.  There is no perception that makes this untrue.  The sooner we all get on the same page about this reality the better.  But I am not holding my breath for these people.  They live by feelings, not facts.  To them, justice cannot and will not ever be served as long as white people live.

Moving right along… we get to the real meat of their argument.  It is a concept I cannot wrap my head around and I am sure they would say it’s because I’m white; but I bet a whole lot of black business owners would understand my confusion.

“So much of this issue about protection and safety is about the safety and the protection of whites or white property,” said Carol Anderson, historian, and professor of African American studies at Emory University. “There is a hubris of whiteness. The sense that it is on me to put Black lives back into their proper place.”

Again, protection of property is a fairly standard law across the country.  I don’t care if it’s the schoolyard bully taking your milk money or the roving band of thieves in San Franscisco.  Destruction and theft of property affects lives and livelihoods of people of all races and financial strata.  When businesses are burned to the ground during a riot or a “peaceful protest” many insurances companies do not cover this type of loss.  If they do cover it, it frequently is still not sufficient to start again.  What if the owner has worked his whole life for that business and is in his twilight years?  There just isn’t enough time to start over.  Where is the justice for them?

When brand name businesses lose enough, they just move out.  Who suffers then?  The communities they used to service.  When a CVS or a Walgreens moves out of a neighborhood due to the high cost of theft, where does one go for their medicine and diapers?  It’s stupid arguments like “It’s only property” that just enrage me.  It’s NOT just property.  It’s livelihoods and community breakdown.  Is that justice?

So, what is a community to do when their government fails them as spectacularly as Wisconson did?  Kyle Rittenhouse wasn’t there the first night of the riots.  He wasn’t there on the second night of the riots.  One has to wonder at this point why the Governor didn’t call in the National Guard to fend off the lawless and protect the protestors.  But he didn’t.  Then, you have a mayor who willfully told the police NOT to engage.  Not to perform their hired duties.  Are citizens seriously expected to just throw up their hands and say “Whatev’s, it’s only money.”  Money to pay their mortgage, money to pay for food, money to pay for daycare, utilities, insurance, schooling.  Nope, we are to buy into a notion that none of those things matter.  Bullshit.  This is NOT a white or black issue.  It is a human issue.  It is a justice issue.

And the jury for Kyle Rittenhouse had the evidence placed before them and found he acted within the law.  He was doing a service that tax-payers expected civil servants to do but couldn’t and wouldn’t.  For his trouble, three plus assholes with long histories of criminal behavior, including pedophilia, decided to target him in a melee of madness. He was knocked to the ground by WHITE PEOPLE, one of whom certainly had disdain for Black people as he shouted out the N-word prolifically and then rushed Kyle for his gun.  In defense of his life, he killed two WHITE men.  There is not a shred of a racial component in this case.  So, stop pretending it existed.  But i forget.  We cannot forget the NARRATIVE!

Don’t worry, Jen Psaki will make sure that stays on track.  The White House just cannot accept being wrong and saying they are sorry.  Apologies are powerful in our human psyche.  They diffuse all kinds of anger, righteous or otherwise.  But since the White House and the mainstream media keep perpetuating falsehoods about him, I hope he sues the ever-loving hell out of all of them.  Now that would be some real justice!

DOOCY: "Will the president ever apologize to Kyle Rittenhouse for suggesting…that he is a white supremacist?"@PressSec deflects, claiming that President Trump "refused to condemn white supremacists and militia groups." pic.twitter.com/JrldQZSiXf

On the other hand, we have the Ahmoud Arbery case in BFE Georgia.  I have a few thoughts on Georgia, and they are very mixed.  I moved from Los Angeles to Atlanta in 2006 and lived there for eight years before coming home to Austin.  I cannot deny the first year of living in Georgia was an exercise in culture shock.

Having grown up in the mighty white but liberal city of Austin, race didn’t seem to be the great divide.  Money did.  Which, in hindsight, surely was affected by race in many ways.  I was just too young and naive to notice.  I had black and brown friends, but my parents’ own bigotry taught me better lessons than any African American Studies graduate ever could.  When my oldest sister married a Haitian man she met in Africa, my whole world was turned upside down.  I was 12 at the time.  I was furious with my father for years because he shunned her.  But his racism had a countering effect on me.  Therefore, it was a challenge to see how racial attitudes had and had not progressed in Georgia by the time I moved there.

As I read the circumstances of the Abery case, I can easily imagine a racial component to the white aggressors in this situation.  Everything about how they handled the situation was NOT justified, was NOT legal, was not necessitated by a lack of governmental security.   If they truly were concerned about the property they were watching, all they had to do was call 911!  The end.  But they didn’t.  It was NOTHING like the Rittenhouse case at all!  The Dispatch sums up the difference perfectly:

“The killings at the center of each case were caught on video. A chase was involved in the shootings. And struggle over a gun figured prominently in both cases. Rittenhouse’s shooting of Joseph Rosenbaum and Travis McMichael’s shooting of Arbery bear an especially striking resemblance. In both cases, the man who was shot lunged and attempted to grab the gun away from the man who did the shooting.

The standard for lawful self-defense when using deadly force in both cases requires the shooter to reasonably believe they are at risk of losing their life or suffering great bodily harm. The force used to stop the threat also has to be reasonable. Using a gun against somebody who is attempting to wrestle it away from you generally satisfies those requirements.

That’s largely why Rittenhouse was acquitted. Will it lead to McMichael’s acquittal?

Provocation is the key reason why. McMichael was chasing Arbery down; Rosenbaum was chasing Rittenhouse.

That makes a world of difference. Legally, you cannot initiate a fight and then kill somebody when you’ve lost the upper hand. You can’t be the aggressor and then claim self-defense under most circumstances.”

The only things that really tie these two cases together at all are being high-profile and having white Defendents.  Oh wait, one more thing… Justice was served.  The father of Ahmaud Arbery knows that, so why can’t the rest of the liberal media pundits see it too?