by Kate in military 4 Comments 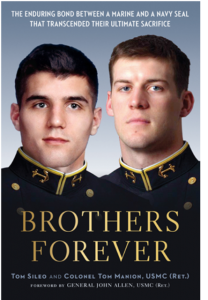 The Other McCain has many good blog posts up including this one by Stacy on “Deranged Cyberstalker Bill Schmalfeldt Doubts My Expertise in Crazy?” 😉

Phineas at Sister Toldjah has up this post on “We’ve known for a while , but it bears repeating: Obama is monumentally incompetent.”

Professor Jacobson at Legal Insurrection has up this post today on “Redistribution masquerading as reparations.” Go read it!

Glenn Reynolds, Instapundit, has many great posts at his blog hub from all over the blogosphere so go check them out! And you can read Glenn’s latest article in USA Today on “Higher ed becoming a joke”, here.

Dana at The First Street Journal has up a great post called “We told you so! The VA scandal doesn’t surprise us.”

As always, Michelle Obama’s Mirror has up a great post called “#Who’s My Little Golubushka?”

Jammie at Jammie Wearing Fools has up this post “Freeloader-in-Chief: ‘I Don’t Take Free Food'”.

This Ain’t Hell has up a lot of great posts this weekend, but I especially like this post by Jonn called “Dedrick Foust meets Don Shipley.”

Donald Douglas at American Power has up this blog post on “No More Mister Nice Blargh! — Prepping for ‘Right Wing Reaction’ to Leftist Elliot Rodger!”

Neo at Neo-Neocon is writing about “The president and the enablers.”

Blackiswhite, Imperial Consigliere at Three Sure Things of Life has up this post, “Lessons I Learned From the Obama Administration.”

Jeff at Protein Wisdom has this post up, “Land of the flawed, home of the corrupt.”

B5 at Blackfive has up this post, “The Gates of Heaven.” Remember them.

Ann Althouse has up a number of great posts, but I like this one – “Camille Paglia talks about Hillary Clinton in 1994.”

Jazz Shaw at Hot Air has up this post up… “Mark Cuban and the dangerous trap of truth.”

and finally, Ace at AoSHQ has up this post on “The VA Is Killing People, Libya Is About to Explode, the Russians are in Control of Ukrainian Cities, But the Democrats Are Jerking Off on Twitter.” Read the comments. 🙂

Have a terrific weekend and please, remember those who gave all their tomorrows for us!